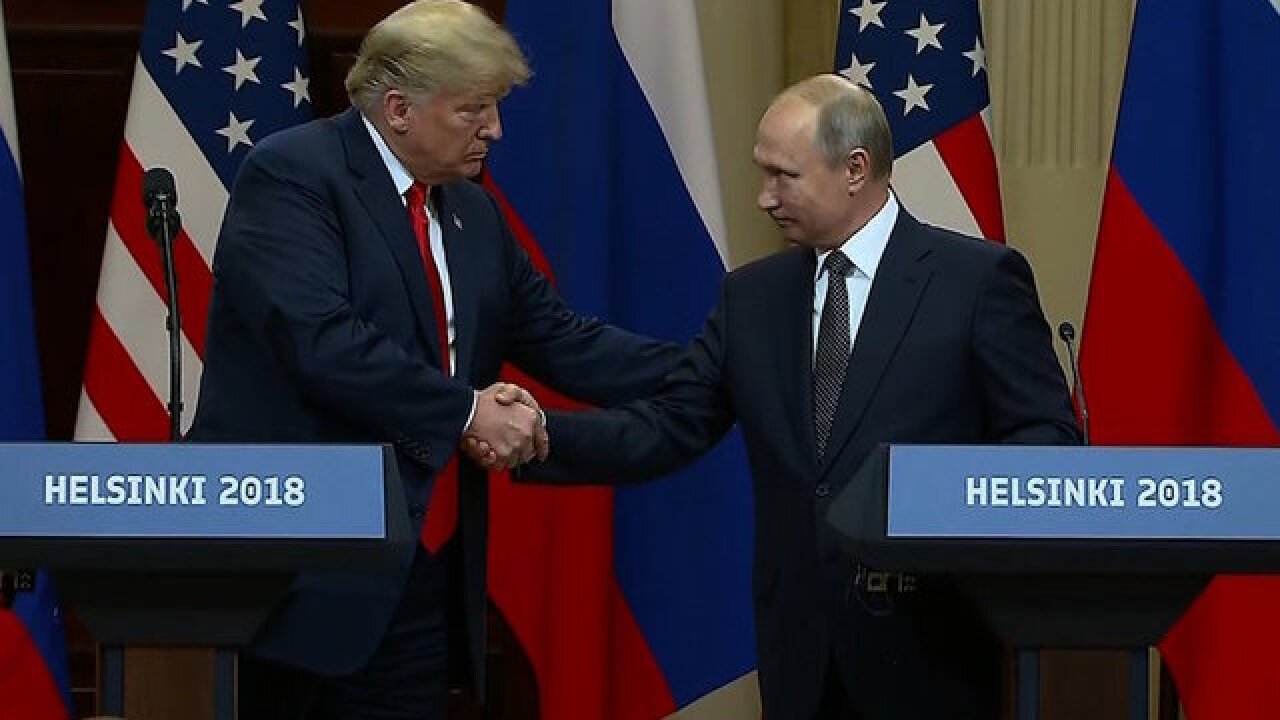 President Donald Trump signed an executive order on Wednesday meant to punish foreign entities for interfering in US elections, an attempt to demonstrate muscle on an issue he's been accused of downplaying.

The order, which will allow new sanctions against Russian or other foreign actors, was inked on Wednesday morning. The White House hopes the order will help dispel the notion that Trump has allowed election meddling to go unchallenged.

Both Republicans and Democrats criticized the move as insufficient, however.

"Today's announcement by the administration recognizes the threat, but does not go far enough to address it. The United States can and must do more. Mandatory sanctions on anyone who attacks our electoral systems serve as the best deterrent," wrote Sens. Marco Rubio, R-Florida and Chris Van Hollen, D-Maryland. The two lawmakers have introduced a bill that would require such mandatory sanctions earlier this year.

In the works for months, the order will allow the director of National Intelligence, with input from other intelligence agencies, to assess and identify foreign actors responsible for election meddling, and direct the Treasury Department to apply sanctions.

The targets could include foreign individuals, companies or governments accused of attempting to breach election systems, or spreading disinformation in a bid to alter the vote.

The entire process, from detection to imposing sanctions, could take up to 90 days -- including two 45-day assessment periods within the intelligence community and the broader administration. But the executive branch, including the President, will have the final say in whether sanctions will be applies.

Part of the order includes declaring a "national emergency" that will allow sanctions to move forward.

Most American intelligence agencies have determined Russia sought to influence the 2016 presidential contest in Trump's favor, and top officials have warned foreign actors continue to work toward affecting the outcomes of future US contests. That includes the November 6 midterm congressional elections.

The order, however, will apply beyond just Russia to other foreign entities that are seeking to influence US elections.

Trump was derided in July for not publicly confronting Russian President Vladimir Putin about the election interference during a summit in Helsinki. Instead, he seemed to accept Putin's denials that Moscow sought to influence the presidential contest.

Lawmakers have accused the administration of shirking its responsibility to protect US elections and have been preparing measures to force Trump's hand. The executive order is partly an attempt to preempt those efforts.

The administration has worked to appear tough on election meddling, despite Trump's wavering.

"Zero," he said when asked what role the backlash played. "The President has said repeatedly he is determined there not be foreign interference (in US elections)."

"I think his actions speak for themselves," Bolton said.