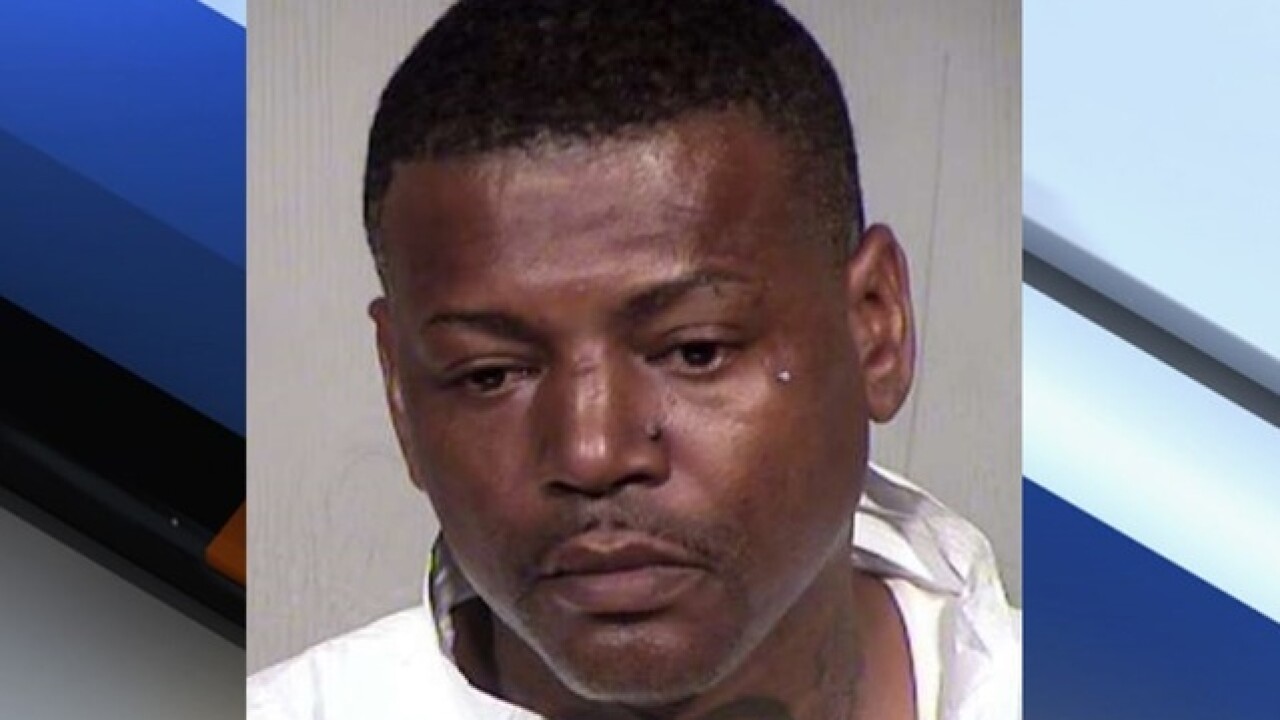 Copyright 2018 Scripps Media, Inc. All rights reserved. This material may not be published, broadcast, rewritten, or redistributed.
MCSO
<p>Melvin Harris</p>

A man who tried to enter a teenage girl's bathroom stall was confronted and killed by the girl's father, officials say.

According to Phoenix police, around 11:30 p.m. on August 2, 40-year-old Melvin Harris went to the QuikTrip near Dunlap and 19th avenues to pick up his teenage daughter and her friends.

A man, who would later become the victim, approached Harris' car in the parking lot and asked for money. Harris gave him some money, and he went into the QT.

Harris was later informed that a man tried to enter the bathroom stall his daughter was using. The teen told an employee, who in turn alerted an on-duty security guard.

The man exited the store and was pointed out to Harris, who realized it was the same man he had given money to earlier. Harris went into the store and told the security guard that, "he needed to take care of the situation, or [Harris] would do it himself." The guard reportedly told Harris he would handle it.

According to witnesses, Harris later approached the man and punched him in the face. Witnesses also reportedly told police that Harris stood over him, hitting him in the face several more times. He also allegedly kicked and stomped on him.

Harris then left the area. Police identified and located Harris at his home nearby.

He reportedly told police that the man punched him first, hitting him in the neck. He denied striking the man when he was down.

The victim was taken to the hospital with a broken nose and brain injuries. He later died.

Harris has been charged with second-degree murder.