In one weekend in Chicago, 66 people were shot, including 12 who died, police say 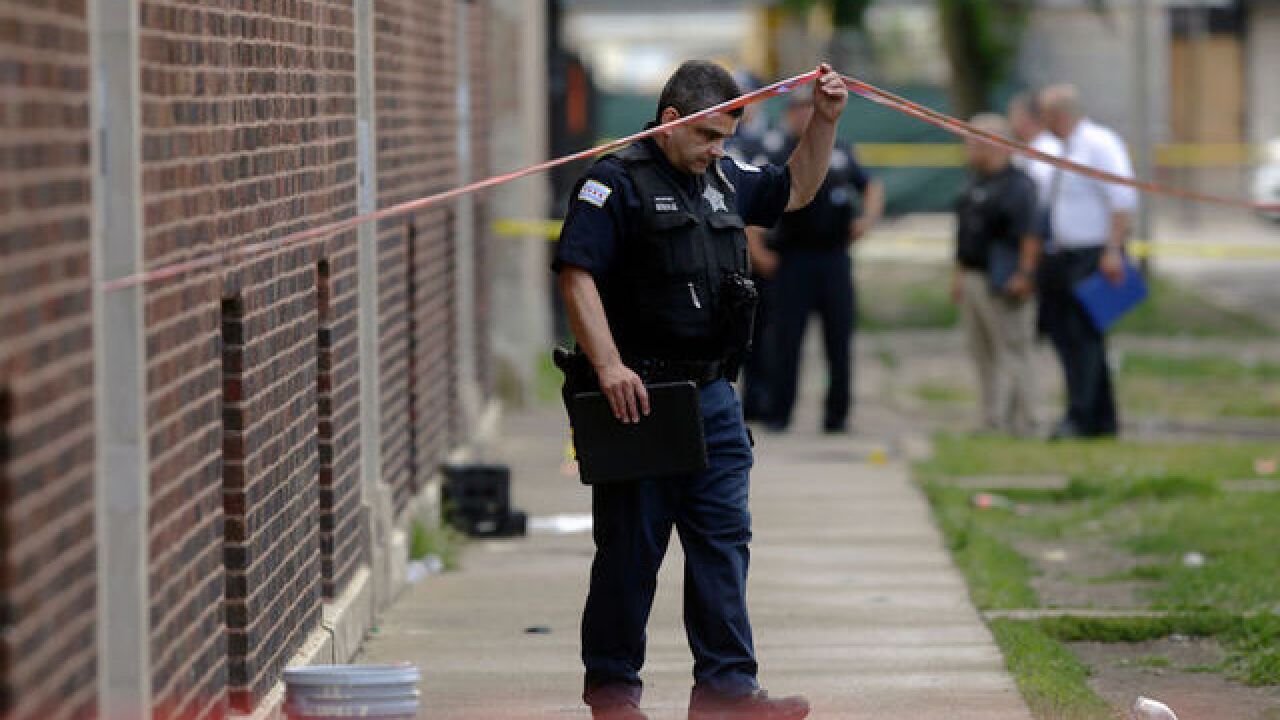 Chicago police announced at a Monday morning news conference that 66 people were shot, 12 of them fatally, between Friday at 6 p.m. and Sunday at 11:59 p.m.

Chicago Police Superintendent Eddie T. Johnson said it was "no secret that we had an unacceptably violent weekend," at the news conference.

In three hours beginning at 1:30 a.m. Sunday, records show, 30 people were shot and two killed in 10 incidents. In all, over the weekend, there were 33 shooting incidents. Fourteen juveniles were shot, and an 11- and 13-year-old were killed.

"The city of Chicago experienced a violent night," Bureau of Patrol Chief Fred Waller said Sunday afternoon. "Some of these instances were targeted and were related to gang conflicts in those areas."

In at least one incident, shooters opened fire into a crowded street party, Waller said.

Johnson said the issue stemmed from a small group of people such as repeat gun offenders.

"This isn't a widespread issue among citizens of this city. This is a small subset of individuals who think they can play by their own rules because they continue to get a slap on the wrist when we arrest them," Johnson said.

Johnson said 46 people were arrested this weekend on gun charges, and 60 guns were seized as a result of ongoing investigations. However, he said there have been no arrests made in connection with any violence from this weekend.

Experts say crime tends to pick up during the hot summer months, but Chicago Mayor Rahm Emanuel dismissed that.

Of the wounded who reported an age, the oldest was 62 and the youngest 11, police records show.

Before the particularly violent Sunday, there were six shootings, none fatal, on Friday, and 15 shootings, one fatal, on Saturday. The Sunday shootings occurred between midnight and 2 p.m., records show.

Chicago has struggled with high shooting and murder rates in recent years. Waller said shootings are down 30 percent from 2017, and murders are down 25 percent.

June marked 15 straight months of fewer killings and shootings, police said. However, on June 25, at least 21 were shot and two died.

Johnson said that both murders and shootings are down on the year, but said this weekend showed there was still a lot to do.

"Despite what we saw this weekend, I'm still pleased between CPD's work, the mayor's investments, and the work of our community members, that we're still reducing our gun violence this year," Johnson said. "But we still have a lot more work to do, and I think that was evidenced by this weekend."