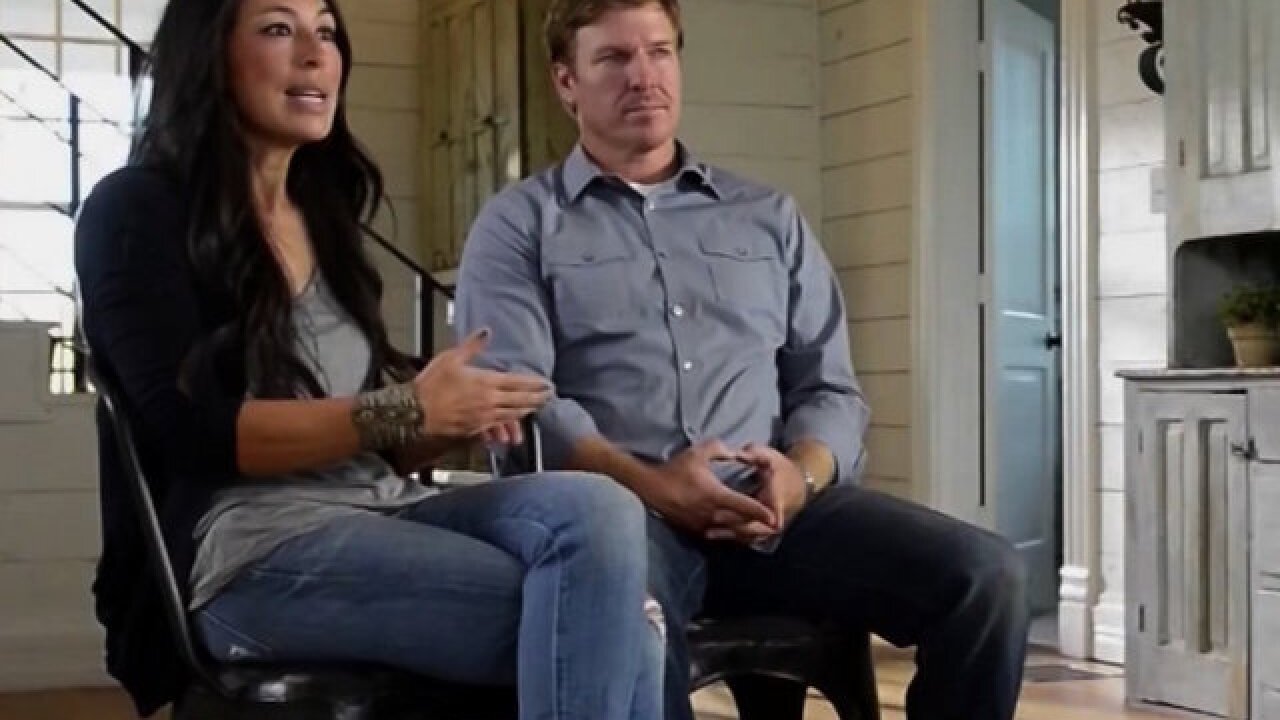 © 2017 Cable News Network, Inc.
From HGTV
<p>Sad news for anyone dreaming of one day having their home fixed up by Chip and Joanna Gaines on "Fixer Upper": that shiplap has sailed.</p>

The Environmental Protection Agency is taking issue with the stars of a hit HGTV show after noticing issues with lead paint in some episodes.

Magnolia Homes, the home-improvement company owned by Chip and Joanna Gaines of HGTV's "Fixer Upper," will pay a $40,000 fine as part of settlement with the EPA.

The fine is due to Magnolia Homes' mishandling of lead paint, according to the EPA. As shown on episodes of "Fixer Upper," the Gaines' allegedly violated the Toxic Substances Control Act (TSCA) Lead Renovation, Repair and Painting Rule (RRP Rule), which is related to home renovations conducted without adequate lead paint protections.

The show depicts the couple renovating homes in and around their hometown of Waco, Texas.

Magnolia Homes agreed Tuesday to pay the $40,000 fine to the EPA and complete $160,000 of lead abatement work around Waco, among other measures, as part of the settlement with the federal agency .

Lead-based paint was banned from being used in homes back in 1978 and EPA rules are in place when dealing with homes built prior to that date. Exposure to lead has proven to cause a range of health problems, especially in children.

"It's important that consumers and contractors understand that improper home renovation can expose residents and workers to hazardous lead dust," said EPA Office of Enforcement and Compliance Assurance Assistant Administrator Susan Bodine said in a release . "Through this settlement, Magnolia is putting in place safeguards to ensure the safety of its renovation work and making meaningful contributions toward the protection of children and vulnerable communities from exposure to lead-based paint."

The Gaines' work at 33 properties were the focus of the EPA investigation, according to the release. In addition to paying the $40,000 fine, the couple agreed to take steps to ensure compliance with lead-based paint regulations in the future and to educate the public about mitigation efforts.

Chip Gaines has already tweeted about taking caution when using lead-based paint, saying "During last night's episode, some people had questions about renovating houses with possible lead-based paint. Here's a link to help you find certified renovators in your area who can help: https://magno.li/9l "

The show "Fixer Upper," which recently aired its series finale, has amassed a huge following on HGTV over the past several years. Former first lady and fellow Texan Laura Bush even made an appearance on an episode as a guest. In the wake of the popularity of their show, the Gaines' recently launched a home furnishings line at Target called Hearth & Hand with Magnolia.