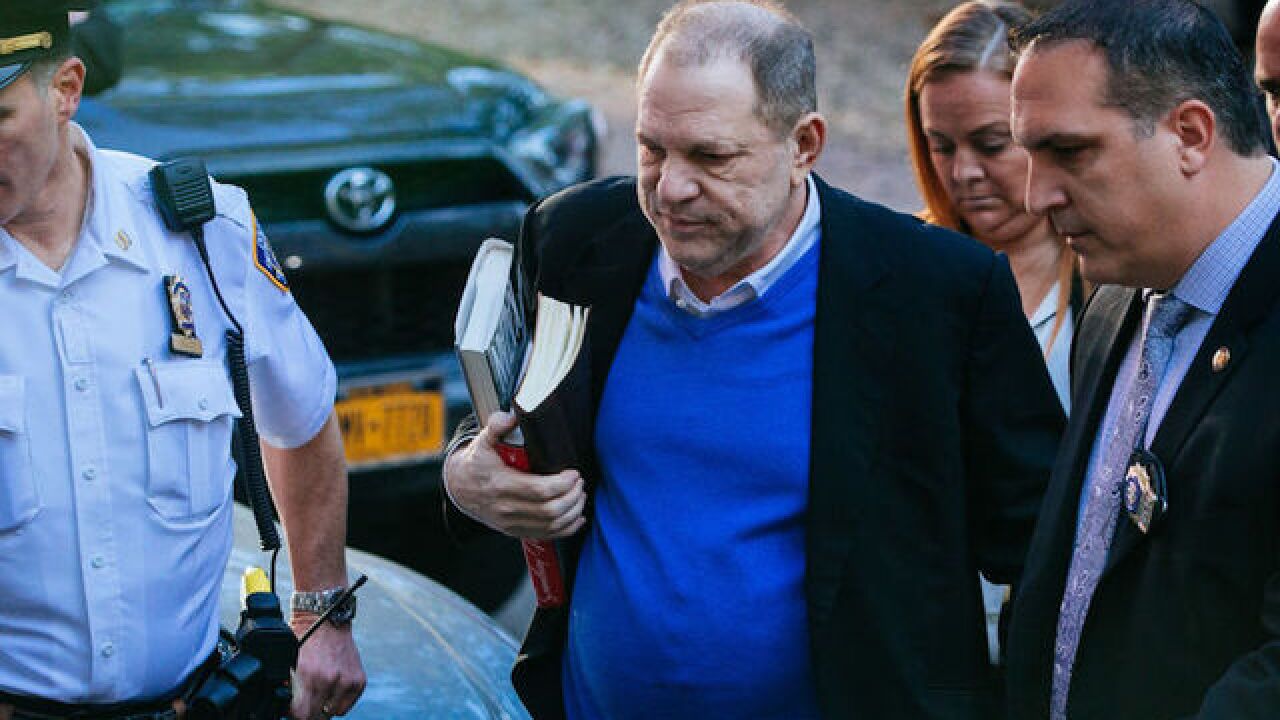 Image copyright 2018 Getty Images. All rights reserved. This material may not be published, broadcast, rewritten, or redistributed.
Kevin Hagen
<p>Harvey Weinstein turns himself in to the New York Police Department's First Precinct after being served with criminal charges by the Manhattan District Attorney's office on May 25, 2018 in New York City. </p>

The disgraced producer walked into court on Tuesday for an arraignment on two counts of rape and one first-degree criminal sex act charge.

Weinstein has previously denied all allegations of nonconsensual sexual activity, and he is currently free after posting $1 million cash bail, according to his attorney, Benjamin Brafman.

The charges stem from allegations from two women -- one involving an incident in 2004, and one in 2013 -- according to the Manhattan District Attorney's Office.

Weinstein surrendered to authorities on May 25, seven months after the New Yorker and the New York Times published accounts from several women accusing him of various forms of sexual misconduct.

The accounts unleashed a flood of accusations against Weinstein that emboldened women around the world to accuse powerful men of sexual harassment as part of the #MeToo movement.

As more women came forward with allegations against Weinstein, the NYPD and the Manhattan DA's Office launched a joint investigation culminating in the charges. A grand jury indicted Weinstein on three felony counts on May 30.

A source familiar with the investigation previously told CNN that the criminal sex act charge was from a case involving aspiring actress Lucia Evans, who alleges Weinstein forced her to perform oral sex on him in his Tribeca office in 2004. Evans has not responded to any of CNN's requests for comment since first speaking out about Weinstein in the New Yorker last fall. The person in the 2013 rape case has not been publicly identified, the source said.

Since then, three women filed a lawsuit on Friday against Weinstein and his former employers, including the Walt Disney Company and Miramax. The lawsuit accuses Weinstein of rape and alleges that his former employers are liable for his actions during his employment. CNN has reached out to The Walt Disney Company, Miramax and The Weinstein Company for comment but not received any responses.