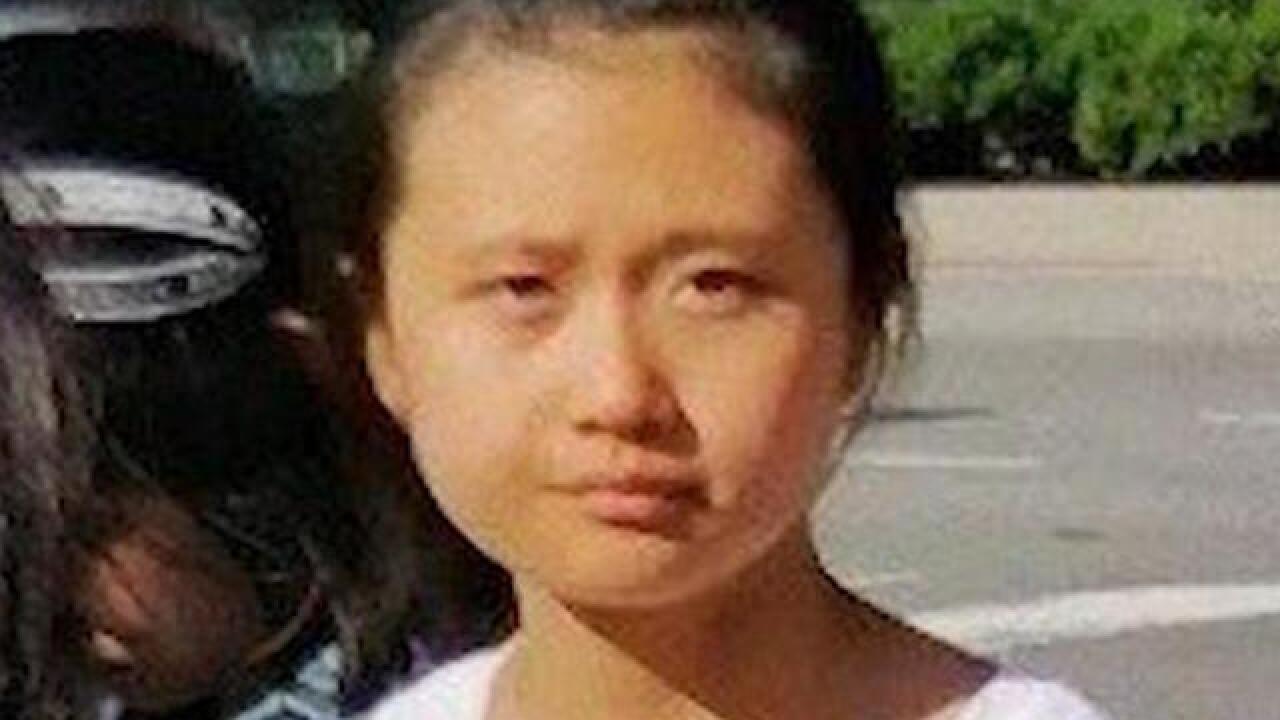 A 12-year-old Chinese girl who went missing from a tour group at an airport outside Washington D.C. — sparking an investigation into a possible kidnapping — was located Friday in the New York City borough of Queens, safe and in the custody of her parents, the Metro Washington Airport Authority Police said.

EARLIER STORY: A search is underway for a 12-year-old girl who was allegedly abducted from Ronald Reagan Washington National Airport in Arlington, Virginia, while visiting the United States from China.

An Amber Alert has been issued for Ma Jingjing, who was reported missing from her tour group on Thursday morning. Authorities are looking into whether Jingjing knew the couple with whom she left.

She is believed to have left the airport "without force" with an unknown woman, Metropolitan Washington Airports Authority Police Chief David Huchler said late Thursday. Jingjing was in possession of her passport at the time.

Airport surveillance video shows the woman helping the girl put on some clothing, and when they left together, the 12-year-old was wearing a white T-shirt, blue jeans and a black jacket.

Huchler said Jingjing and the woman got into a white, late-model Infinity QX60 with unknown New York tags. The vehicle was being driven by an unknown man. The woman is described as 5 feet, 2 inches to 5 feet, 5 inches tall, weighing about 130 pounds and with dark hair.

Huchler said at a news conference Friday that authorities are investigating whether Jingjing and the woman know each other.

Authorities also are looking into whether Jingjing had previous contact with the man and woman. Huchler said the girl was approached by two individuals as her tour group visited the World Trade Center in New York. The extent of that contact is unclear.

"It appears there was some familiarity, but I don't know if it was a cordial exchange and that is something that we are trying to verify at this time," Huchler said.

It also is unclear if the individuals from the airport are the same as the couple in New York, but it appears that they are "connected," Huchler said.

Jingjing had been traveling in the United States since July 26 with a group that was visiting schools and sightseeing, Huchler said. The group was en route to California after visiting New York. Sometime after arriving at Reagan Airport, Jingjing became separated from the group, Huchler said. Another student notified chaperones that she was missing as the group proceeded through the airport's security check-in, he said.

Virginia State Police, the FBI, Metropolitan Washington Airports Authority and the National Center for Exploited and Missing Children all are involved in the search.