Un-'Happy': Pharrell Williams demands Trump not use his music 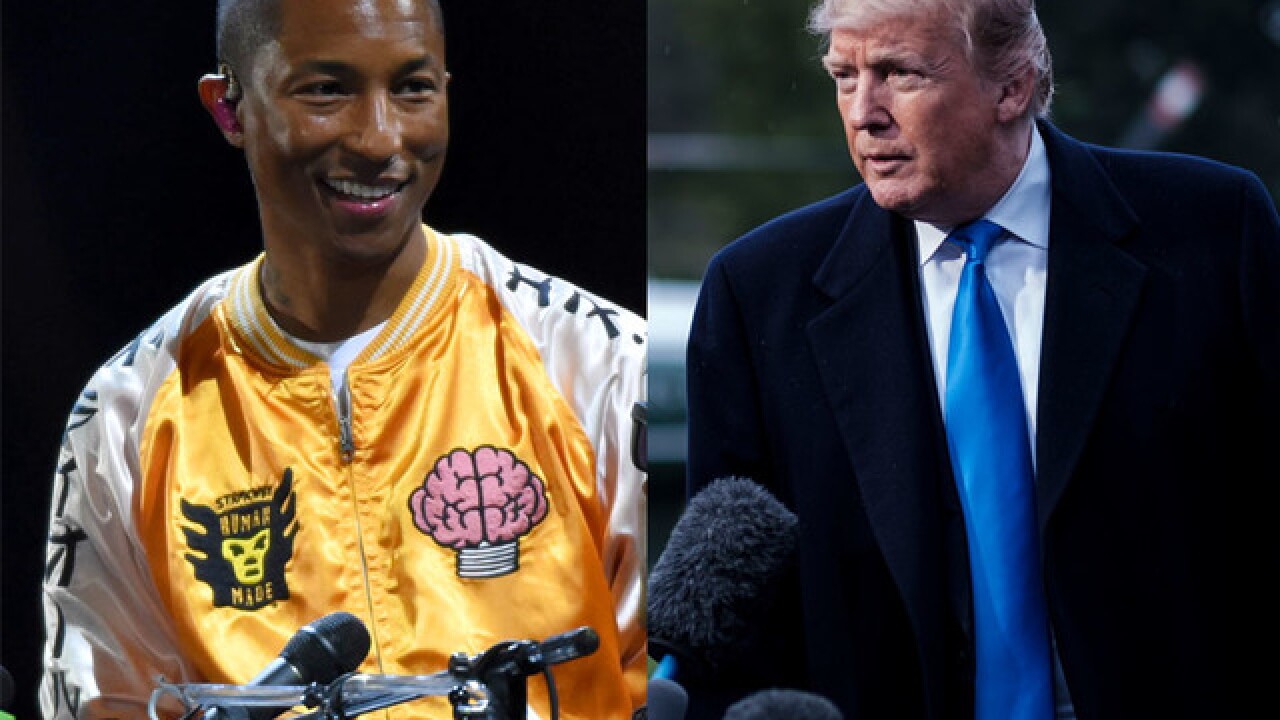 LOS ANGELES (CNS) - Music star Pharrell Williams's Los Angeles-based attorney has sent a cease-and-desist letter to President Trump for playing Williams' song "Happy" at a political rally on the same day as a mass shooting at a Pittsburgh synagogue, it was reported Tuesday.

"On the day of the mass murder of 11 human beings at the hands of a deranged ‘nationalist,' you played his song ‘Happy' to a crowd at a political event in Indiana," wrote attorney Howard E. King, the Los Angeles Times reported. "There was nothing ‘happy' about the tragedy inflicted upon our country on Saturday and no permission was granted for your use of this song for this purpose."

Eleven people ranging in age from 54 to 97 were killed Saturday at the Tree of Life Synagogue, where three separate congregations were holding services. The suspect, Robert Bowers, 46, of Pittsburgh is charged with 29 federal counts, including murder with a firearm and several hate crime charges.

Trump spoke that evening at a political rally at an airport hangar in Murphysboro, Illinois.

In his cease-and-desist letter, King, who is Williams' Los Angeles-based attorney, wrote that the singer is the owner of the copyright to “Happy.”

"Pharrell has not, and will not, grant you permission to publicly perform or otherwise broadcast or disseminate any of his music," King wrote. "The use of ‘Happy' without permission constitutes copyright infringement."