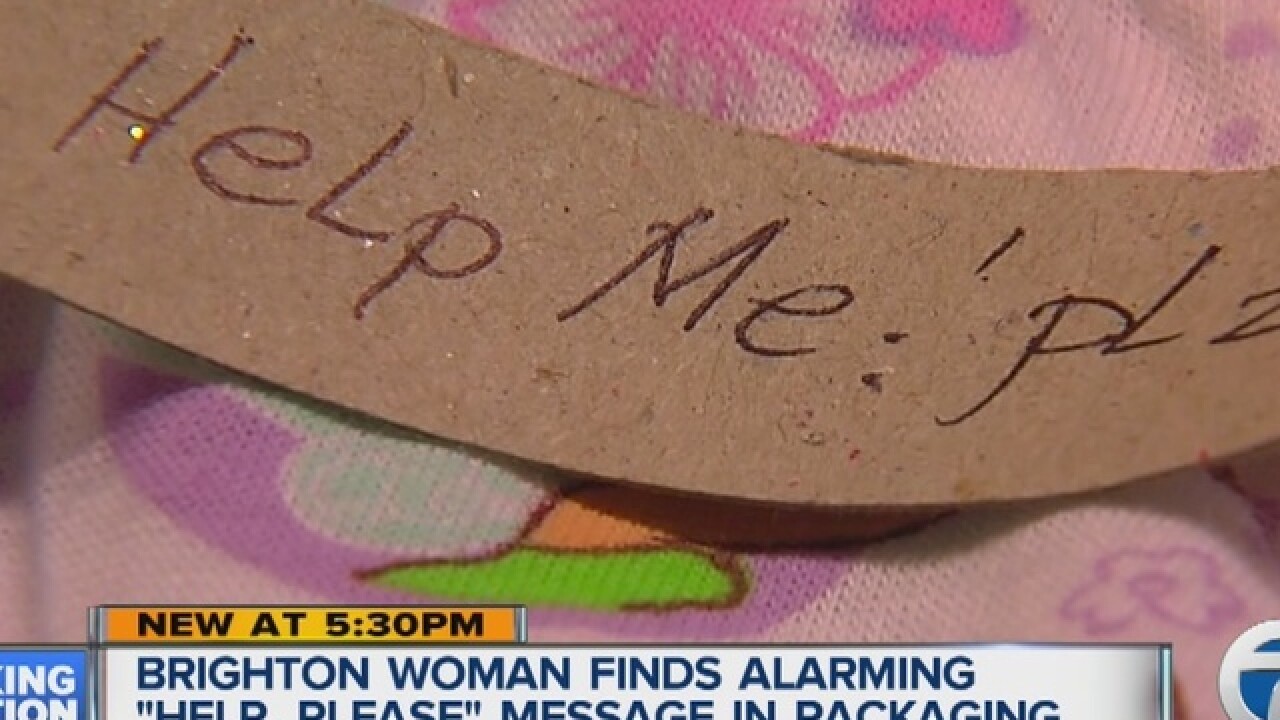 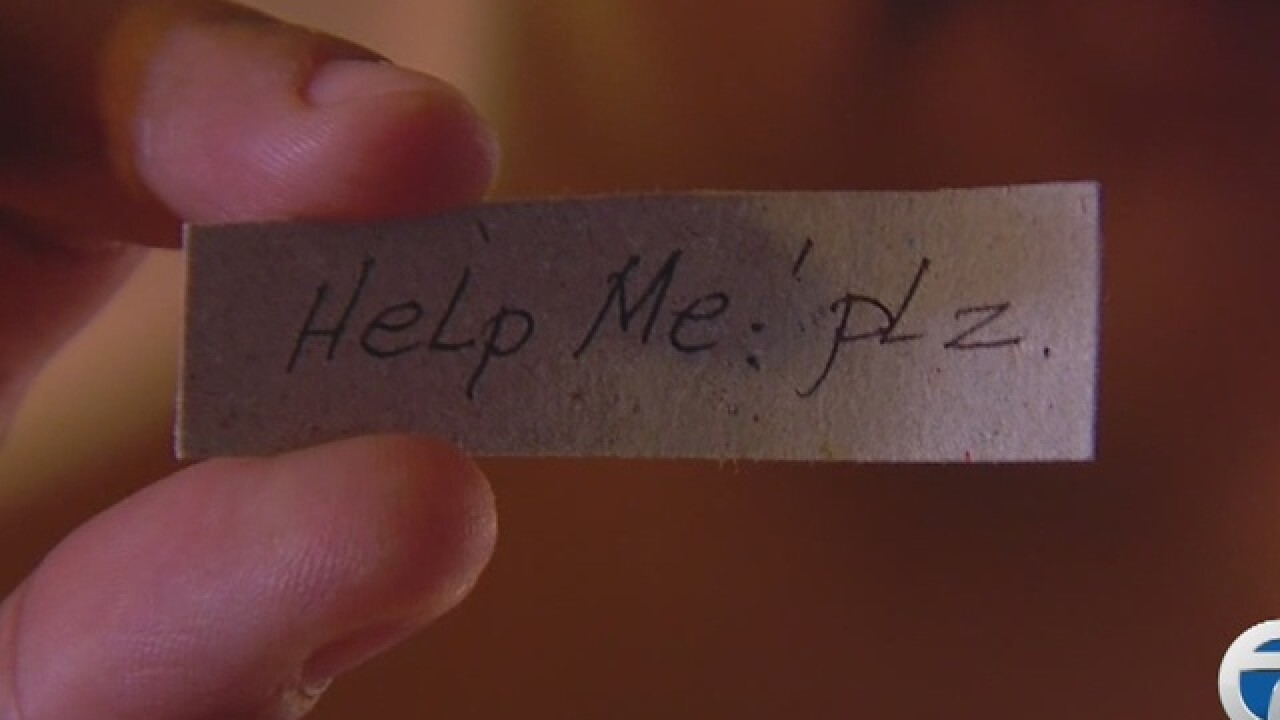 A Brighton, Michigan woman has stumbled on to an international mystery. It all started after she discovered a note that read, "Help Me! Plz." inside a pack of girls' underwear. It's now being investigating by a New York Company, connected to the family of famous designer, Issac Mizrahi.

When Nicole Perez bought a pack of Tinkerbell underwear for her daughter at a mom-to-mom sale this weekend, she thought she was just getting a good deal. The Brighton mother had no idea there was a hidden message inside until she opened the package.

Perez found a handwritten note on a piece of cardboard insert that read, “Help me! Plz.” The back of the note had a woman’s name, “MayAnn,” listed a phone number and also read “Location: Philippines.”

The underwear is labeled “Made in the Philippines,” and is manufactured by Handcraft Manufacturing Corporation in New York.

“I was terrified. I just felt like everything just dropped to my stomach,” Perez said.

She emailed the manufacturer, who promptly replied with an apology and an offer for a new pack of underwear.

But Perez said she couldn’t ignore the nagging hunch that someone – perhaps the factory worker who packed the underwear – was trying to convey a desperate message to whoever discovered it.

“You’re wondering if this is forced labor, if they're just working long hours, they're putting these underwear together and clearly someone is reaching out for help and so you think about your own kids and you hope that this isn't the case,” Perez said.

No one could be reached at the number on the note.

Rebecca Tungol, president of the Philippine American Cultural Center of Michigan said the number might be for a pre-paid cell phone, like many people in the Philippines have. They are often untraceable.

Tungol said, as alarming as the note is, there are labor laws that protect textile workers in the Philippines.

Also a mystery is when the note was written because Perez bought the underwear, albeit brand new, second-hand.

Consumers have found so-called “SOS” or “cry for help” notes inside packaging before.

Earlier this month an Oregon woman found a note written in Vietnamese inside a pack of Hanes boxers.

Late Thursday afternoon Irwin Mizrahi, president of Handcraft Manufacturing, responded to 7 Action News’ inquiry. He said the note appears to have been written by a factory worker. He said the company is constantly being audited by its licensors and retailers to make sure their factories are in line with labor laws. Mizrahi said the first step to investigating whether the note is a legitimate allegation of abuse or mistreatment is to identify which factory it came from.

Perez said she will be sending the underwear and original packaging back to the company so officials can look into the matter.

In the meantime, Perez says, she is now more aware than ever about what she buys.

“This can happen to anything that you buy,” she said. “You never know, but you are a little bit more aware of where things are coming from,” she added.