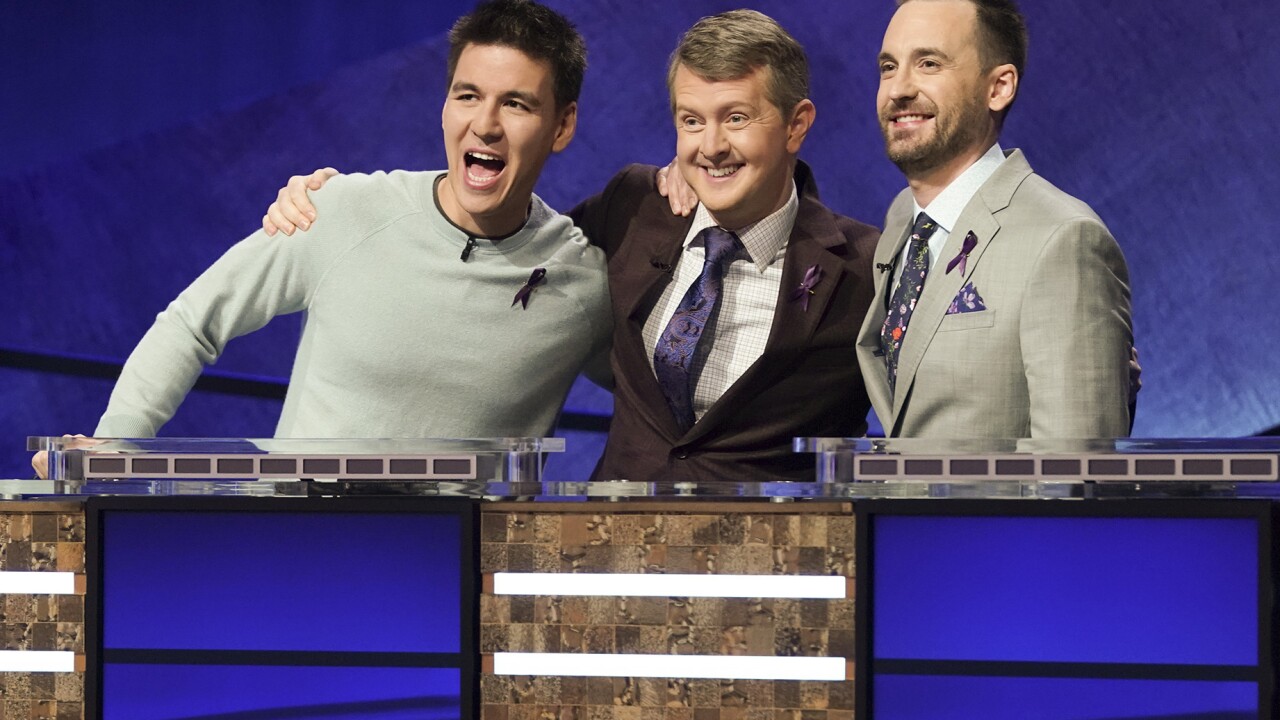 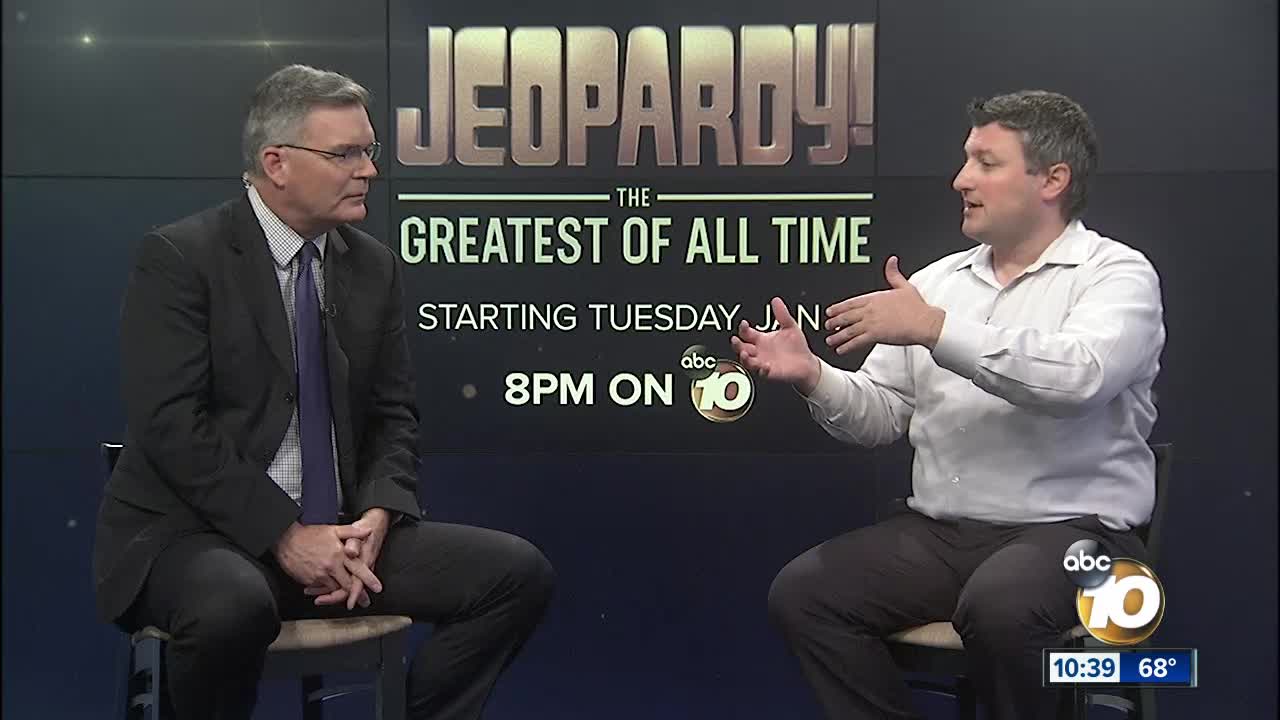 CULVER CITY (CNS) - The three greatest money winners in "Jeopardy!" history will compete in a multiple-night event in prime time on ABC beginning Tuesday evening to find out who's the best of the best.

Ken Jennings, Brad Rutter and James Holzhauer will compete on "Jeopardy! The Greatest of All Time," with the winner receiving $1 million -- and considerable bragging rights. The two runners-up will each receive $250,000.

Each hourlong episode will consist of two games to make one match. The first player to win three matches will be declared "The Greatest of All Time."

Episodes will also air on Wednesday and Thursday and -- if necessary -- on Friday, next Tuesday, Jan. 15 and Jan. 16 to determine the champion. All episodes will air at 8 p.m.

The episodes were taped in December at the Sony Pictures Studios in Culver City. Like all non-sports prime-time programming "Jeopardy! The Greatest of All Time" will air three hours later on the West Coast, so fans will have to stay off social media to avoid learning the outcome.

Jennings won a record 74 consecutive games in 2004. Rutter is `Jeopardy!'s money-winning record holder with $4,688,436, the most on any game show in American television. Holzhauer holds the record for all 15 of the show's top single-day winnings records and won the 2019 Tournament of Champions.

"Brad is fast and just seems to have a wealth of knowledge about a broad range of things. James is very aggressive. He sort of upended the whole way that the game is played by consistently going after the high-value clues and being fast enough to get in and go after them, but most importantly, knew the correct responses a large percentage of the time.

"That's really the key because you can be aggressive and be brave and go after those high-value clues or make big wagers on daily doubles. Ultimately, you've got to be right."

"He almost never got a clue wrong," Jennings said. "He buzzes when he's sure. He just knows a phenomenal amount of stuff."

"He will find a way to win at the last second because he doesn't panic," Jennings said.