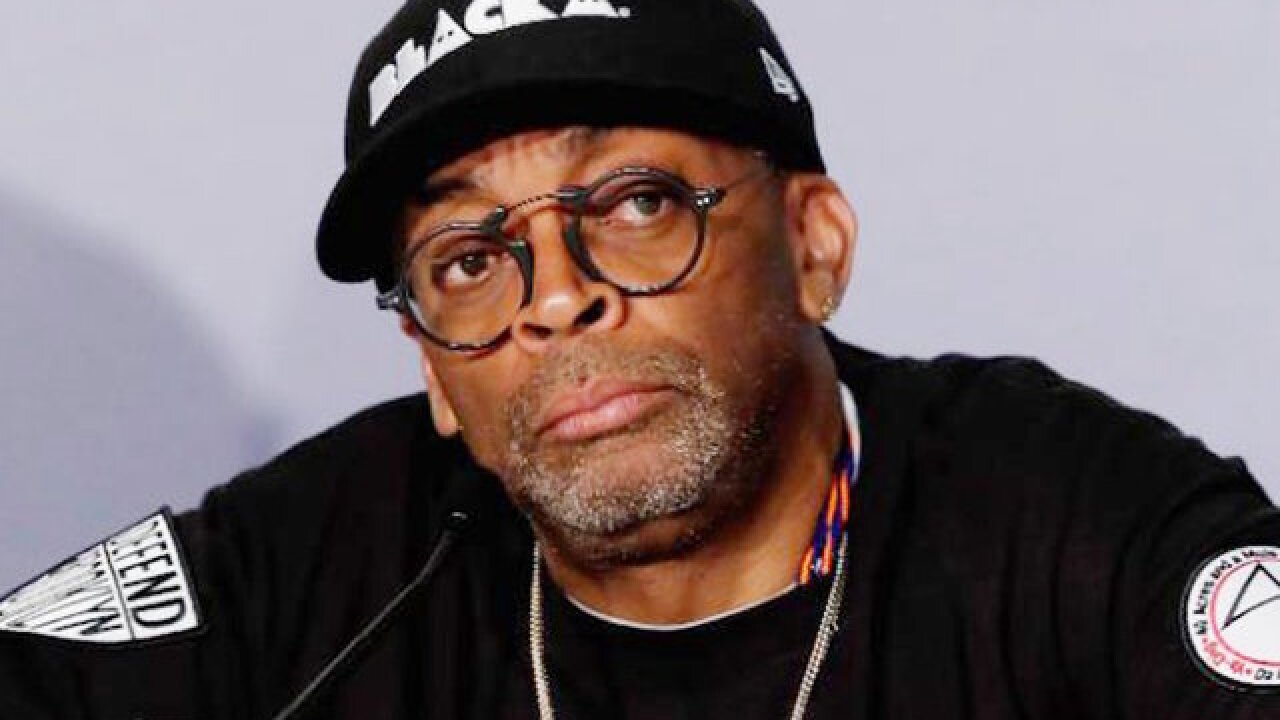 "I hope that (viewers would) be motivated to register to vote. The midterms are coming up, then this guy in the White House is going to run again, and what we're going through is demonstrated, I think, is full evidence (of) what happens when you don't vote, when you don't take part in the process," Lee told CNN recently.

"I know a lot of people who say, 'F politics, they're all crooks, whatever.' But to me, that says, 'defeatist attitude,'" he said, "and we just have to be smarter on who we vote."

Lee's latest film, which opens Friday in theaters, tells the true story of Ron Stallworth, the first African-American detective in the Colorado Springs police force in the 1970s. It chronicles how Stallworth, played by John David Washington, manages to infiltrate the Ku Klux Klan.

Lee's film credits over three decades include other movies that have tackled US race relations -- "Do the Right Thing," "Malcolm X," "Jungle Fever," "Bamboozled." He said he believes racism is just as prevalent in 2018 as it was when he started making movies -- and only getting worse.

MORE: University of Kansas professor talks about working on "BlacKkKlansman" with Spike Lee

"The rise of (racism) right here in the United States, specifically, is direct reaction to eight years of President Barack Obama," Lee told CNN. "It's two step forward, one step back ... The reason why I feel that race is still a big discussion in this country (is) because we've never really honestly dealt with slavery.

Lee, who refuses to say Trump's name and instead refers to him as "Agent Orange," has a strong message for the President and his supporters at the end of the film: He features clips of Trump alongside footage of last year's violent protests in Charlottesville, Virginia.

Above all, Lee hopes his films serve as "time capsules" for future generations.

"I'm starting my fourth decade of films, and my work, after I'm long and gone, will be seen forever," he said. "I'm very proud of my work. I work very hard, you know, working my craft, honing my craft, and I think that my film, some of my films, could be used as time capsules to see what was happening.