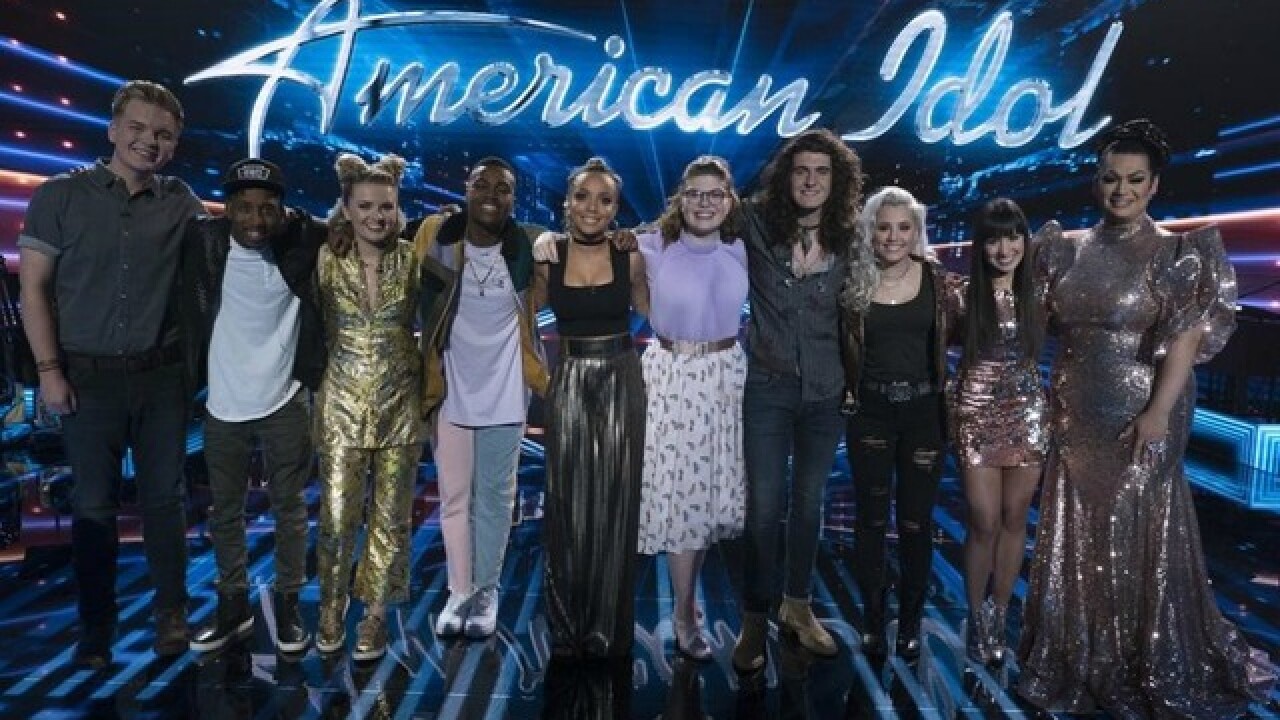 The top 10 has been reduced to seven.

After airing live coast-to-coast on Sunday, three American Idol hopefuls were eliminated from the competition.

(Spoiler alert: If you continue reading, you will learn who was eliminated from the competition.)

After "millions" of votes were cast throughout the two-hour show, host Ryan Seacrest revealed that Ada Vox, Dennis Lorenzo and Melissa Sussette had not received enough votes to move on to the competition's next round.

It was also Disney night. Each of the contestants sang some of their favorite songs from Disney movies.

Related: 'AMERICAN IDOL' CONTESTANTS: WHERE ARE THEY NOW?

Here is a look at what everyone sang:

The next two LIVE Idol nights are next Sunday, May 6, and the following Sunday, May 13. On those nights, American Idol will air at 5 p.m. on ABC10.