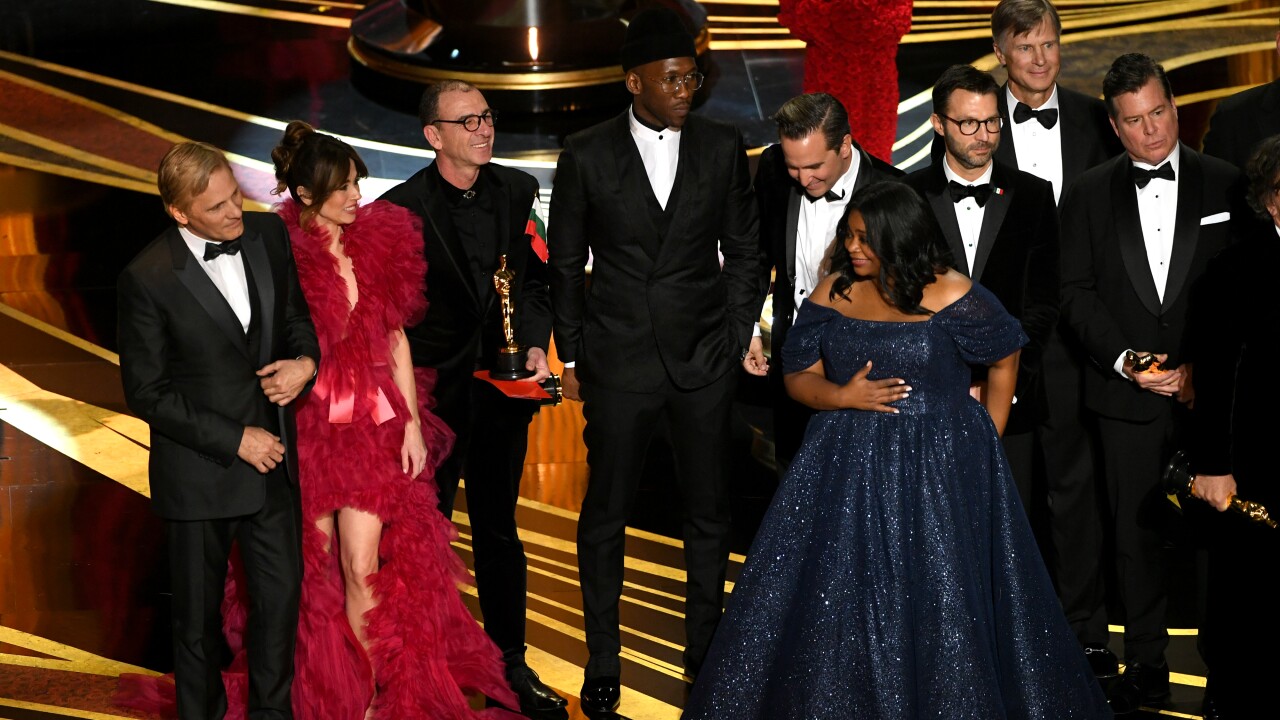 HOLLYWOOD (CNS) - After winning the coveted best picture Oscar, the producers of "Green Book'' were still forced to defend their film backstage tonight.

The movie is a story of race relations told through the relationship built between Don Shirley, a masterful black classical jazz pianist, and his driver, a bouncer named Tony Vallelonga, on a concert tour through the Deep South in 1962.

It has drawn criticism from Shirley's family, who say Vallelonga was an employee and not a friend, among other inaccuracies. They objected to filmmakers telling a black man's story through a white lens and said they were not contacted by the production team.

Both men died in 2013. Nick Vallelonga, Tony's son, co-wrote the original screenplay along with Brian Currie and director Peter Farrelly, picking up a second Oscar for the team.

Vallelonga took responsibility for not speaking to the family. "That falls on me, but Don Shirley himself told me not to speak to anyone,'' he told reporters. "I wish I could have reached out to Don Shirley's family.''

Vallelonga said he was unaware of the family until the time came to seek music rights from the estate, but he felt compelled nonetheless to honor his commitment to Shirley to only tell the story as the musician told it to him. "They call that a stand-up guy.''

He always knew it was a compelling tale. "Don Shirley and my father had an amazing story together,'' Vallelonga told reporters. "I went to Carnegie Hall, I sat on (Shirley's) throne'' and spent hours and hours talking to Shirley.

"I can't believe that guy, the genius that he was, the unbelievable musician that he was ... the things that he had to go through ... I couldn't believe it myself.''

In the end, "it's a small story about two people ... it's about their relationship and how they changed each other ... I think we brought great honor to Dr. Shirley,'' Vallelonga said. Producer Jim Burke agreed.

"We're all really proud of this film,'' Burke said, saying he spoke for all 500-plus people working in the cast and crew. Farrelly and Currie were also producers, along with Charles B. Wessler. Farrelly said they didn't expect the win.

"I kind of thought about everything but winning this thing and it worked,'' he joked.

For the director, the message of the film is "talk to each other and you'll find we all have a lot in common ... I know that sounds corny and sort of Pollyannish, but it's the truth. The only way to solve problems is to talk.''