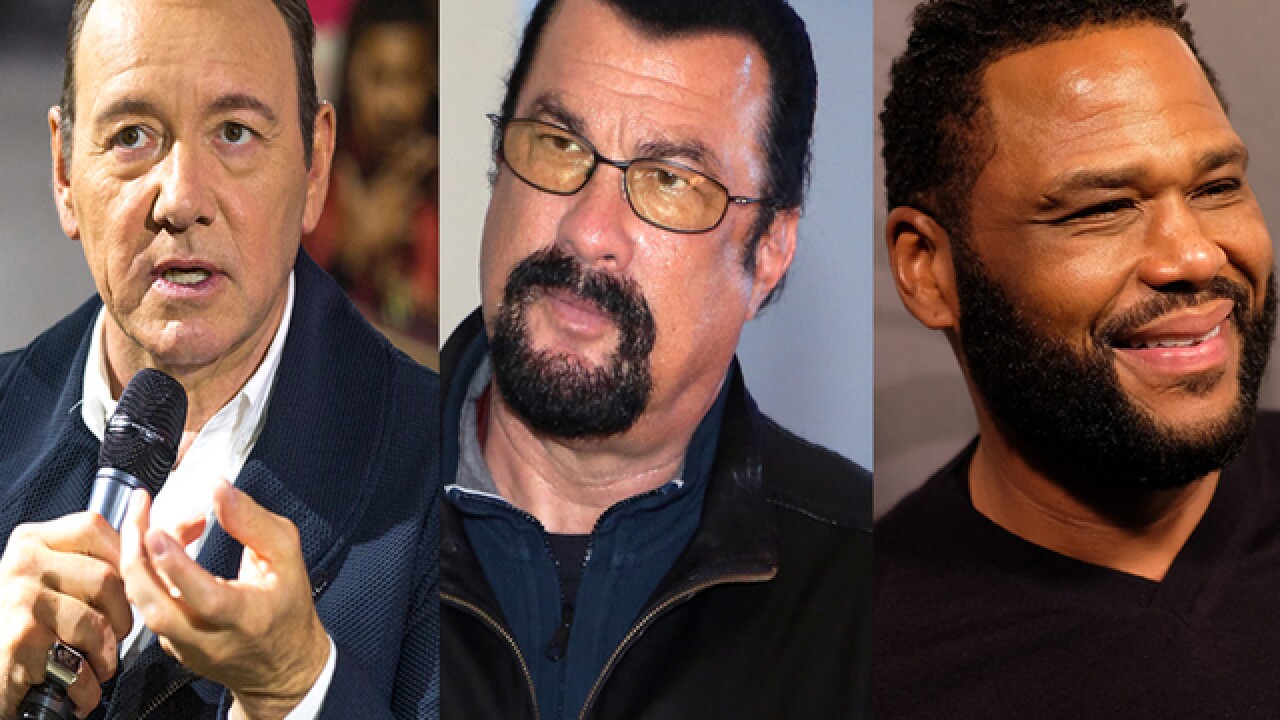 LOS ANGELES (CNS) - Los Angeles County prosecutors announced Tuesday that they have declined to file criminal charges against a trio of celebrities who were accused of sexual assault -- Kevin Spacey for an alleged 1992 assault in West Hollywood, Steven Seagal from an allegation dating back to 1993 and Anthony Anderson for allegations that arose within the past year.

Prosecutors cited the statute of limitations involving the investigations into the allegations against Spacey and Seagal, noting that "an analysis of the strengths and weaknesses of the evidence is not warranted."

In the allegations against Anderson, prosecutors said the alleged victim "declined to be interviewed," and therefore there is a "lack of sufficient evidence to assess the strengths and weaknesses of the allegations."

The District Attorney's Office confirmed last month it was reviewing another potential case against Spacey, which was presented to the office by the Los Angeles County Sheriff's Department. He is also under investigation in London.

Seagal was accused by a woman named Regina Simons, who claimed the actor raped her in 1993 when she was 18. He has also vehemently denied any wrongdoing, taking to social media to blast allegations raised by Simons and other actresses as a "modern day witch hunt."

Anderson had been accused of assault by a woman who catered an event organized by the actor, according to the celebrity news site The Blast. He strongly denied the allegation.