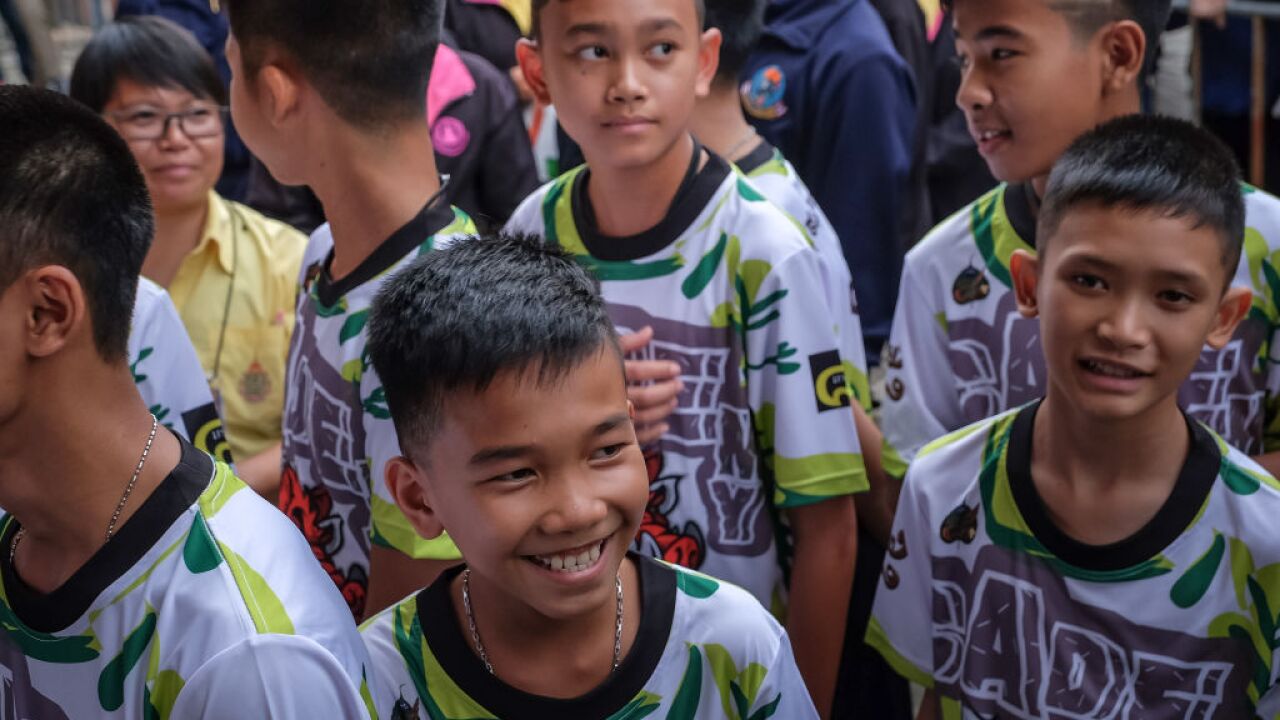 The production company for the movie "Crazy Rich Asians" is joining with Netflix in a deal to create a film about 12 boys from Thailand who were trapped in a cave with their soccer coach for more than two weeks.

SK Global Entertainment and Netflix have acquired the rights to the story from 13 Thumluang Co. Ltd. That's a company the Thailand's government helped establish to represent the interests of the boys and their coach.

The boys and coach were at the film deal announcement event in Bangkok today.

The families of the cave survivors will be paid $94,000 each in the deal, which was originally unveiled as a miniseries.

The Wild Boar soccer team and coach were trapped in the cave in June 2018 when they couldn't find shelter form rising flood waters. They were saved by an international team of expert rescuers, divers and Navy SEALS from Thailand.

One highly trained rescue diver, Saman Kunan, died attempting to save the boys in the Tham Nang Non cave. Kunan did not have enough air for himself and lost consciousness on his way out, after delivering air tanks.