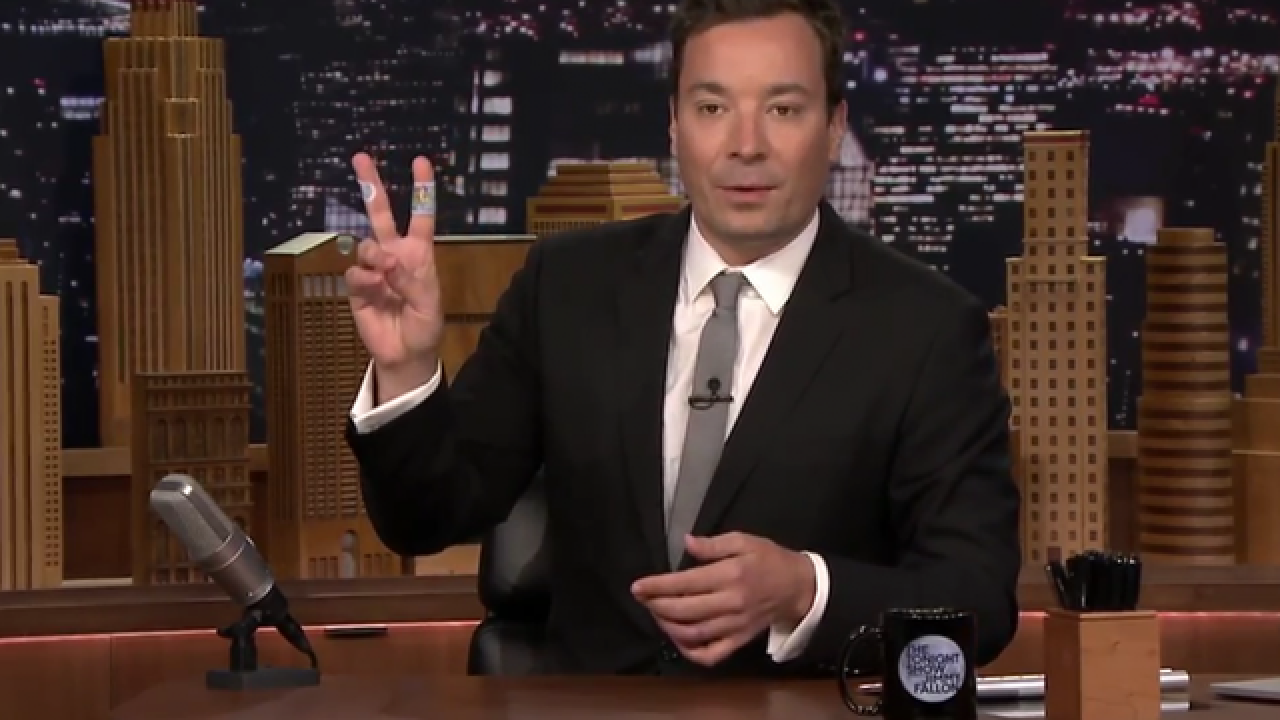 Jimmy Fallon's series of falls have raised some concern among NBC executives, but the network entertainment chief said Wednesday that the late-night comic is "in better shape than he's ever been."

The "Tonight" show host hurt himself in falls three times within five months last year, the most serious in June requiring delicate hand surgery after he caught his ring finger on a countertop. Fallon, 41, chipped a tooth in a fall while getting medication for his hand and bloodied his other hand in October after falling while holding a bottle at a Harvard University appearance.

"We are always worried about this safety and his health and, yeah, there have been conversations about that," said NBC Entertainment Chairman Robert Greenblatt.

Asked about published reports that Fallon parties too hard, Greenblatt said that "he doesn't have a drinking problem that any of us know about. He goes out and he has fun and he's had some accidents. Aside from that, I think he's in better shape than he's ever been."

A spokeswoman for Fallon had no comment Wednesday about Greenblatt's remarks.

Despite the falls, Fallon has consolidated his strength in the ratings. He's late-night television's most popular personality, despite the well-publicized start of Stephen Colbert on CBS.

NBC announced on Wednesday that it was doing a two-hour anniversary special with Fallon on Feb. 14, and that he'll be traveling to Los Angeles for a week of shows earlier in the month.