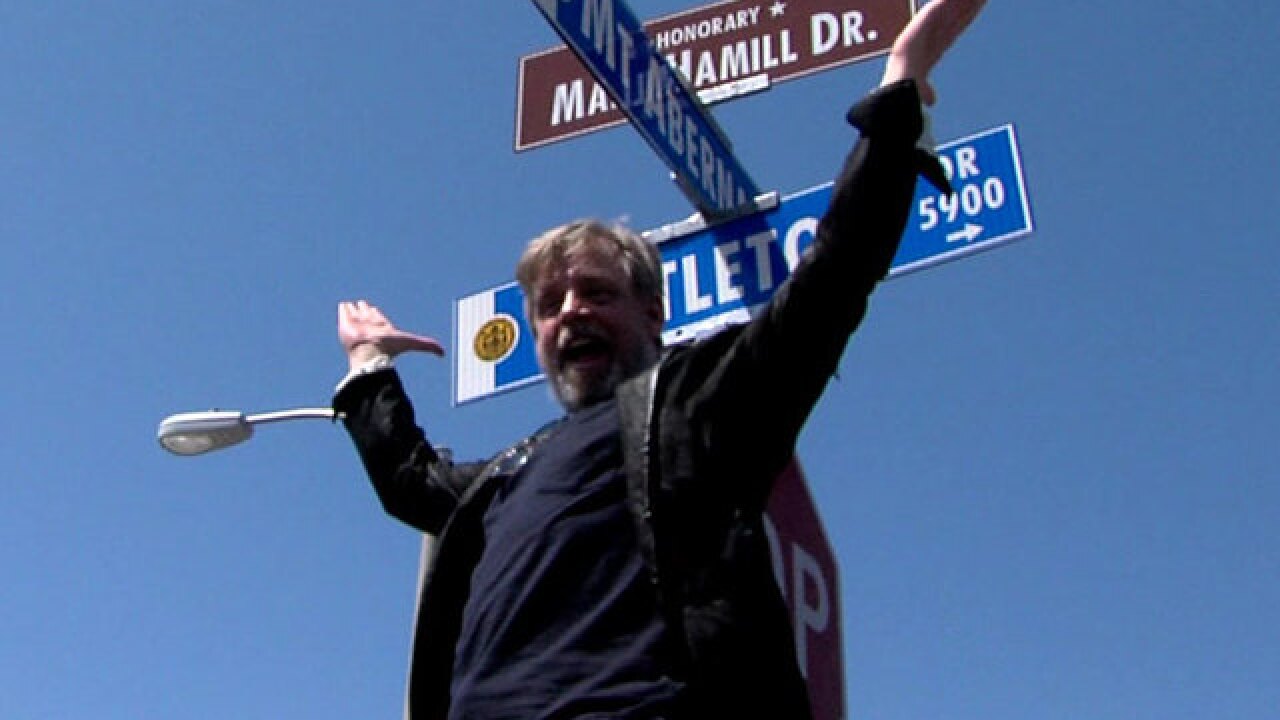 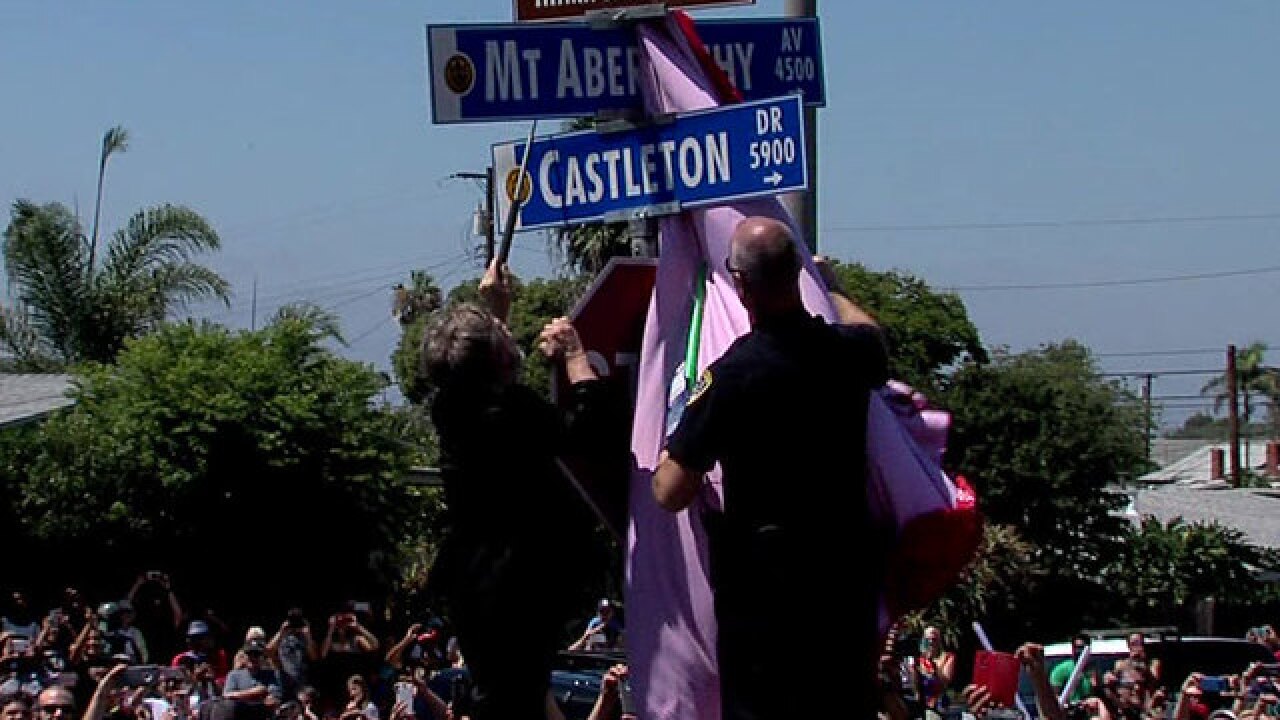 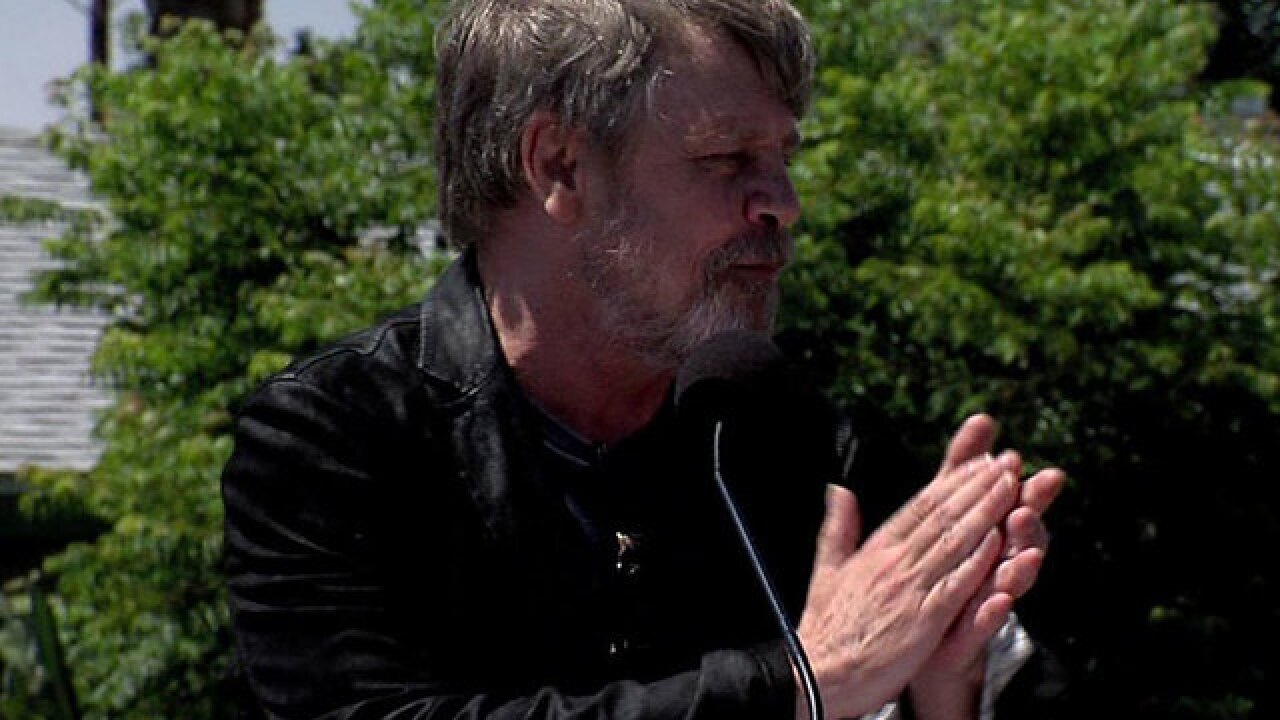 Hamill was recognized with signs in the 5900 block of Castleton Drive, at Mt. Abernathy Avenue, as part of the city's new honorary street naming program. Castleton Drive will remain the official name of the street, however.

"Hello Clairemont. I can't tell you how great it feels to be back in my old neighborhood," Hamill told the crowd. "To say that I'm grateful and honored would be an understatement."

Hamill was the son of a Naval officer and one of seven kids. He lived in the neighborhood for four years during the 1960s, and attended one year at Madison High School when his father ran the exchange at what was then Naval Air Station Miramar.

"I don't really have a home town, but if I could pick a home town it would certainly be San Diego," Hamill said to the roar of the crowd. "I loved living here."

San Diego was Hamill's longest stint anywhere while growing up, but then the family moved to Virginia and later Japan.

Following the unveiling of the honorary street sign, and receiving a proclamation from Councilman Chris Cate declaring July 30, 2017 as Mark Hamill Day in San Diego, the actor took questions from the crowd.

He then waded into the crowd, signing autographs and taking photos with fans, some dressed as their favorite "Star Wars" character.

Hamill took on a variety of small television roles in the early 1970s before achieving stardom as Luke Skywalker in the original "Star Wars" film in 1977. He later appeared in several "Star Wars" sequels, "Corvette Summer" and "The Big Red One," and provided the voice of The Joker in animated "Batman" productions.

He will reprise the Luke role in "Star Wars: The Last Jedi," which is due out in December.