Marilyn Manson collapses on stage at concert in Texas 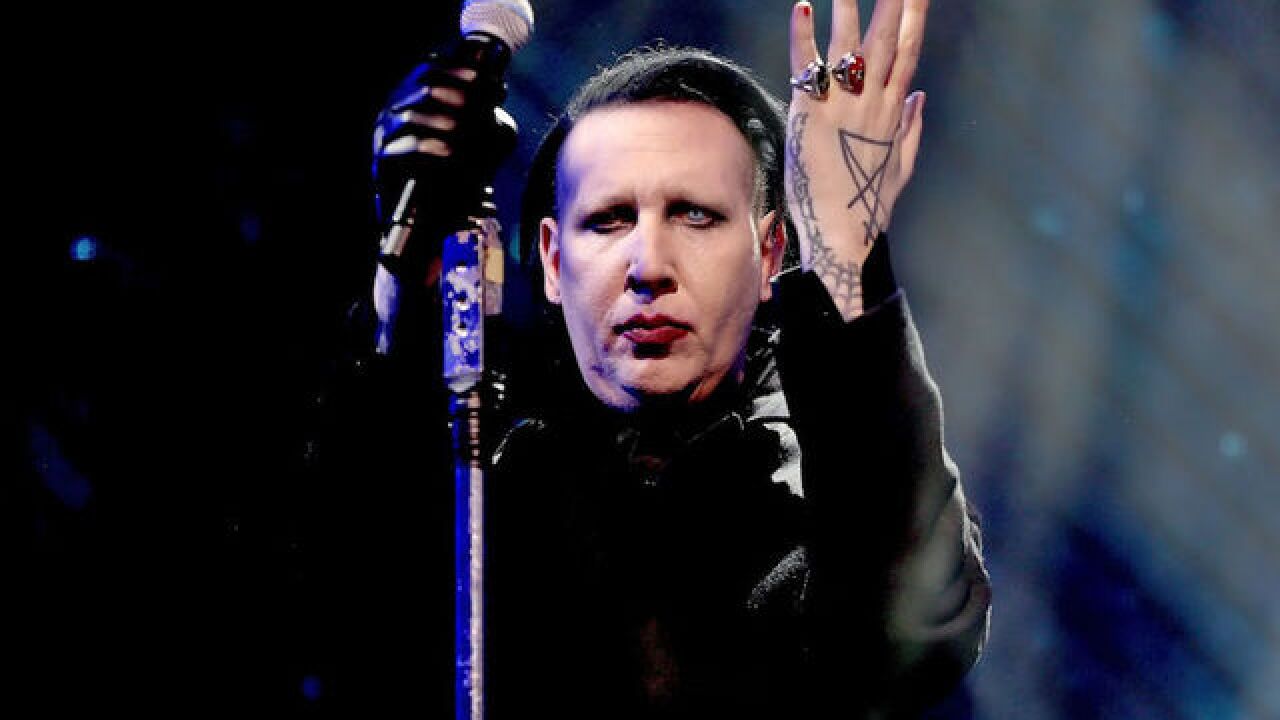 Image copyright 2018 Getty Images. All rights reserved. This material may not be published, broadcast, rewritten, or redistributed.
Rich Fury
<p>Marilyn Manson performs onstage during the 2018 Coachella Valley Music And Arts Festival at the Empire Polo Field on April 21, 2018 in Indio, California. </p>

Marilyn Manson collapsed on stage during a concert in The Woodlands, Texas on Saturday. The musician was at The Cynthia Woods Mitchell Pavilion in the Houston metro area for the "Twins of Evil — The Second Coming" tour with Rob Zombie.

Manson complained of "heat poisoning" before the third song in his set list, according to a fan's video on YouTube. Photographers had also been told prior to the show that Manson wasn't feeling ill and didn't want his photo to be taken during the concert, the Houston Press reported.

In video footage from the concert Manson can be seen belting out his fourth song of the night, "Sweet Dreams," before falling over.

The rock star came back for one more song before canceling the rest of his set.

He later tweeted he was being seen by doctors but didn't elaborate on his condition or symptoms.

Thanks Houston for being understanding. I ended up in doctor’s care, but I gave it my best and you guys were amazing.