Late singer honored with star on Hollywood's Walk of Fame 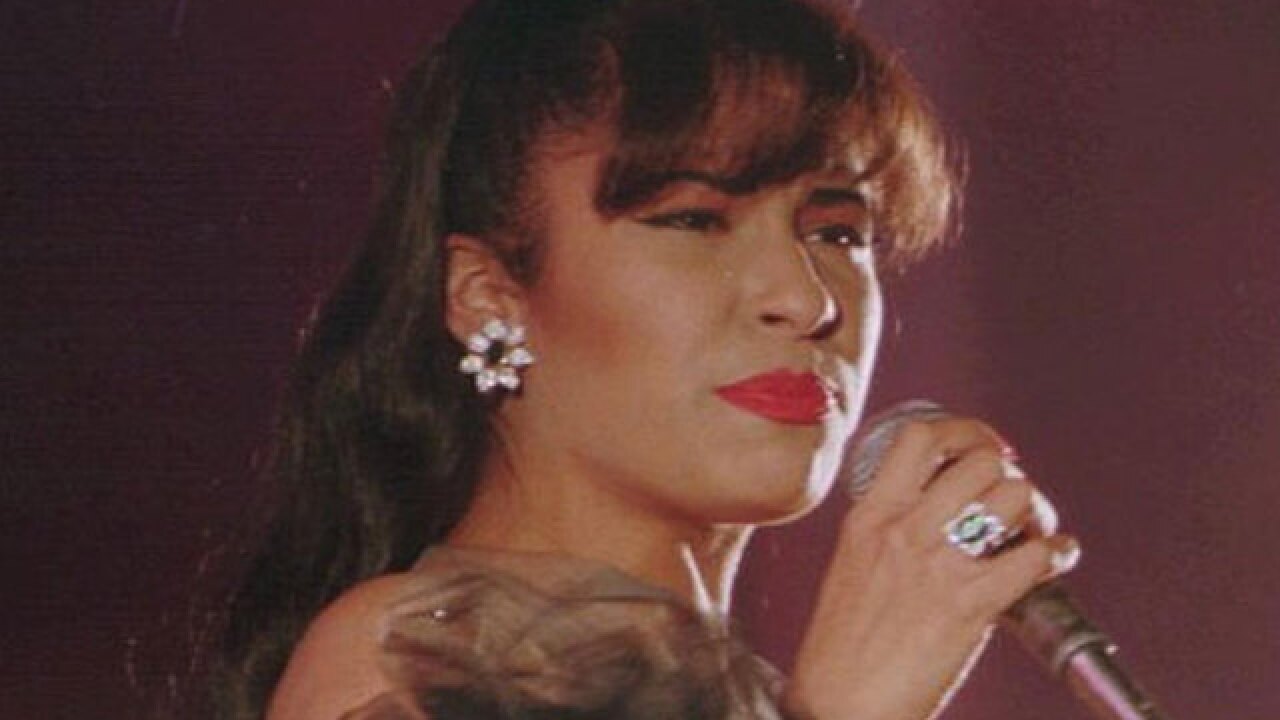 HOLLYWOOD (CNS) - A star on the Hollywood Walk of Fame posthumously honoring the slain Tejano singing star Selena was unveiled in a rare night ceremony Friday.

"Selena said `The goal isn't to live forever, but to create something that will. Tonight is a perfect testament of that."

"This star is for Selena, but it is also for Suzette, the entire family, Los Dinos and its for this entire community and anybody who as a teenager listened to those songs ... and thought `I have a place in this country. I have a hope in this world and I have dream in my heart,"' said Garcetti, who noted he was born in the same year as Selena, 1971.

Longoria, a fellow Texan, said she owed so much to Selena.

"This star is not only for Selena, it's for every Latina out there who has ever had a dream," Longoria said. "Growing up, there was no reflection of me anywhere, not on TV, not in movies, not in music. It was as if someone like me did not exist in (the) American mainstream. That all changed when a bright young singer named Selena changed the landscape of music entertainment, inevitably changing my own journey. What wasn't even heard of was not a beat that pulsed so loudly that it vibrated across America and across the world. Selena's voice was a key that unlocked the hearts and minds of millions. She was a small-town girl with a big heart and a smile that radiated and captivated people everywhere."

Quintanilla praised her father, Abraham Quintanilla Jr. teaching her and her siblings "that we can succeed as long as we put in hard work."

"I hope that sets an example for all our youth that are out there," Quintanilla said. "I think Selena said it best, `The impossible is possible."'

The ceremony was the first at night since Feb. 8, 2010 when a star honoring Beatles drummer Ringo Starr was unveiled, according to Leron Gubler, president and CEO of the Hollywood Chamber of Commerce, which administers the Walk of Fame.

Born Selena Quintanilla on April 16, 1971, in Lake Jackson, Texas, Selena was the youngest child in her family. She began her career in music in 1980 as the lead of the family band "Selena y Los Dinos," with her siblings A.B. and Suzette.

Selena began recording professionally in 1982 and won the first of 10 consecutive female vocalists of the year awards at the Tejano Music Awards in 1986.

Selena signed with the newly formed Los Angeles-based record label EMI Latin in 1989, the year she released the first of her five record-setting albums, "Selena."

Selena's best-known songs include "Bid, Bid Bom Bom," "Dreaming of You," "No Me Queda Mas," "Amor Prohibido" and "Como La Flor."   Selena was known as the queen of Tejano music and the Tejano Madonna for her cutting-edge look, style and dance moves. She is considered among the most influential Latino artists of all time.

Selena was shot and killed on March 31, 1995, by Yolanda Saldivar, the president of her fan club. She also managed her boutiques and had been embezzling from them. Saldivar is serving a life sentence.