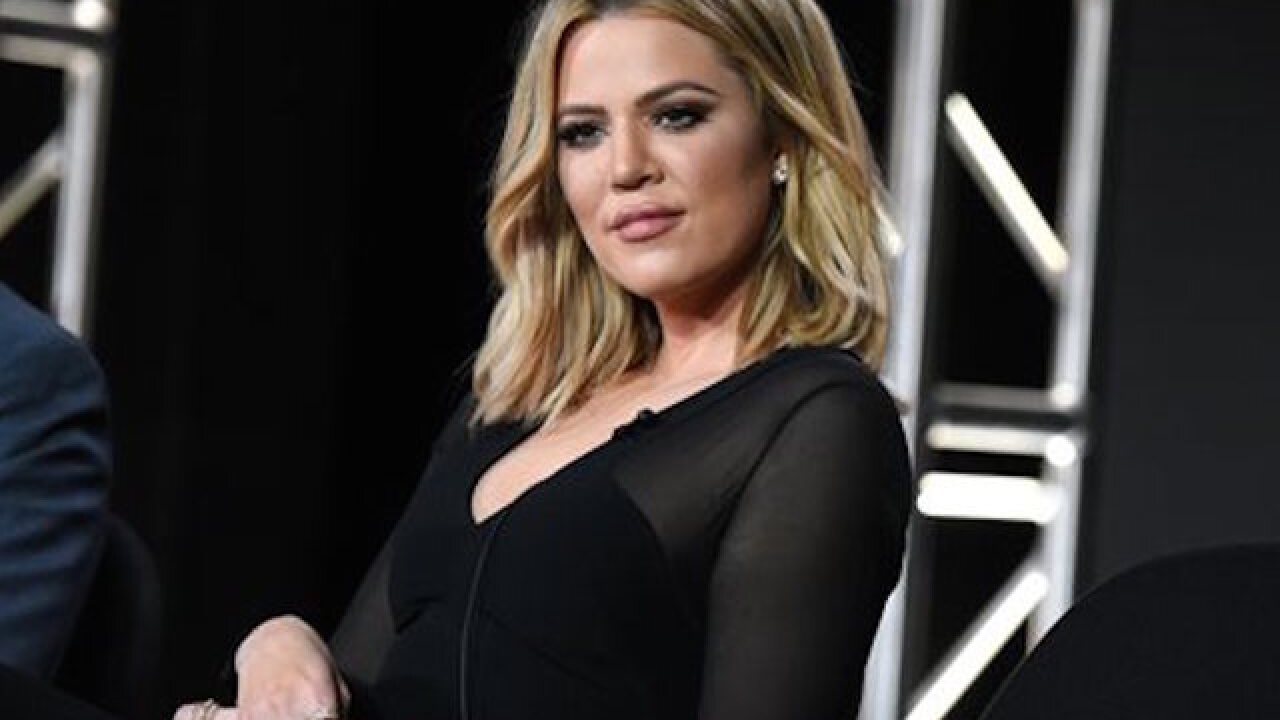 Richard Shotwell
<p>FILE - In this Jan. 6, 2016 file photo, Khloe Kardashian participates in the panel for "Kocktails with Khloe" at the FYI 2016 Winter TCA in Pasadena, Calif. On Wednesday, April 6, FYI canceled Kardashian's talk show. The final episode will air on April 20. (Photo by Richard Shotwell/Invision/AP, File)</p>

Khloé Kardashian has finally come clean with her baby news and shared the first picture of her baby bump.

The reality star posted a photo Wednesday on her official Instagram account of her and NBA player boyfriend Tristan Thompson cradling her pregnant belly.

"My greatest dream realized," the caption read. "We are having a baby!"

Kardashian, who has been open in the past about her fertility issues, wrote, "I had been waiting and wondering but God had a plan all along."

My greatest dream realized! We are having a baby! I had been waiting and wondering but God had a plan all along. He knew what He was doing. I simply had to trust in Him and be patient. I still at times can't believe that our love created life! Tristan, thank you for loving me the way that you do! Thank you for treating me like a Queen! Thank you for making me feel beautiful at all stages! Tristan, most of all, Thank you for making me a MOMMY!!! You have made this experience even more magical than I could have envisioned! I will never forget how wonderful you've been to me during this time! Thank you for making me so happy my love! Thank you to everyone for the love and positive vibes! I know we've been keeping this quiet but we wanted to enjoy this between our family and close friends as long as we could privately. To enjoy our first precious moments just us ❤️ Thank you all for understanding. I am so thankful, excited, nervous, eager, overjoyed and scared all in one! But it's the best bundle of feelings I've ever felt in my life! ❤️❤️❤️

"He knew what He was doing," she wrote. "I simply had to trust in Him and be patient."

Her desire to start a family had been part of the storyline on her former reality show "Khloe & Lamar" with now ex-husband and former NBA player Lamar Odom (the couple were estranged for some time before legally divorcing last December).

Reports surfaced in September that Kardashian was pregnant by boyfriend Thompson, who plays for the Cleveland Cavaliers.

The news came right after reports that her younger sister, Kylie Jenner, was also pregnant with her first child by rapper boyfriend Travis Scott.

A source close to the family told CNN Kylie is due in February.

Kardashian explained the reason for her and Thompson's secrecy in her posting.

"I know we've been keeping this quiet but we wanted to enjoy this between our family and close friends as long as we could privately," she wrote. "To enjoy our first precious moments just us."

Thompson reportedly has a son by former girlfriend Jordan Craig.

It's been a bumper year for the Kardashian-Jenner clan in terms of babies.

Kim Kardashian West and rapper husband Kanye West are also expecting a child, their third, via a surrogate.