Kathy Griffin to do new shows, 9 months after that infamous Trump photo 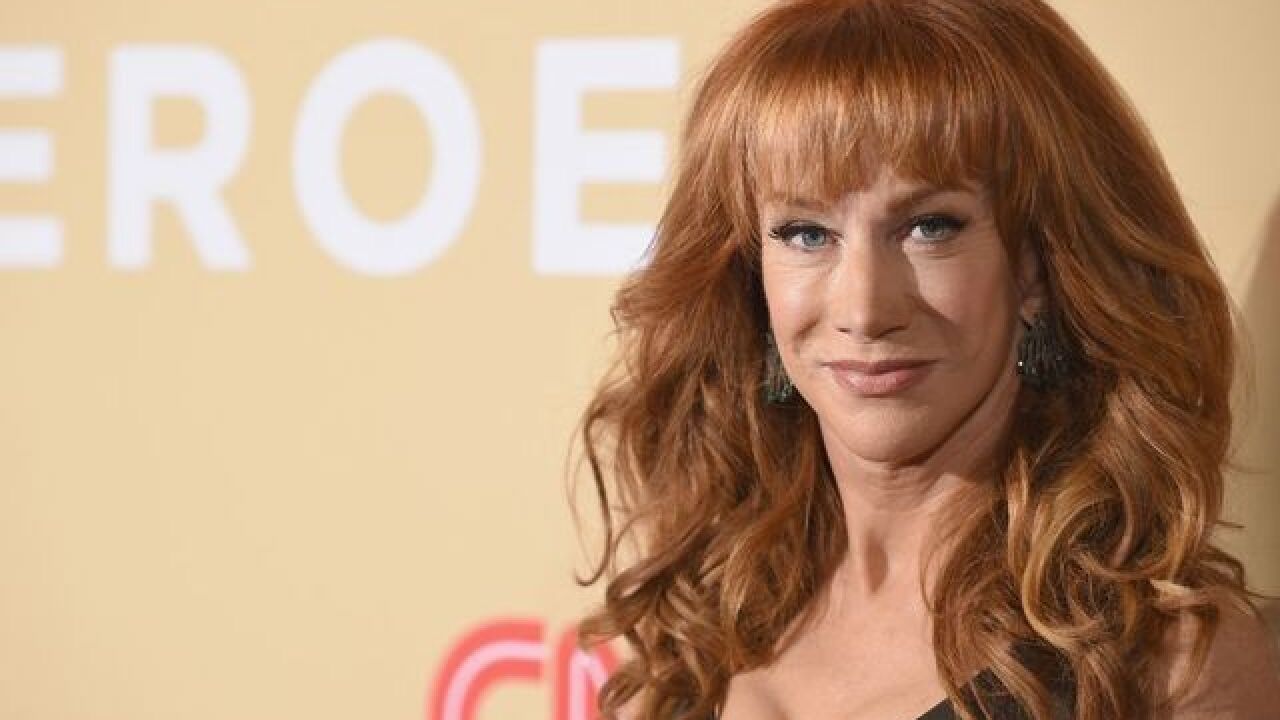 NEW YORK (AP) — Comedian Kathy Griffin is embarking on her comeback, some nine months after she provoked outrage — and lost much of her work — by posing with a fake severed head that appeared to depict President Donald Trump.

Griffin announced on HBO's "Real Time With Bill Maher" on Friday night that she had just booked upcoming shows at New York's Carnegie Hall and at Washington's Kennedy Center — "Trump's backyard," she called it.

"I'm dipping my toes into touring again," Griffin said, adding that the Republican president and his supporters would prefer she never worked again.

Griffin's appearance on Maher's show — and what she called her "small victorious announcement" — appeared to mark the beginning of her comeback, after the backlash over the offending photo last May badly hurt her ability to work.

"TMZ was reporting my show cancellations in real time," she said of her standup tour. She also lost her longtime New Year's Eve hosting gig on CNN.

Griffin thanked Maher for being one of the only celebrities who publicly supported her during the ordeal. Introducing Griffin, Maher told the audience that "she is a good American who loves her country and should be able to work in it."

Initially, Griffin apologized for the photo that appeared last May, taken by photographer Tyler Shields. But she later said she was no longer sorry, because the reaction had gotten so out of hand.

Referring to the desire of some Trump supporters to "decimate" her, she raised her arms defiantly and exclaimed, "I'm not decimated!"

Griffin has not specified the dates of her upcoming shows in New York, which she also announced on Twitter, and in Washington.