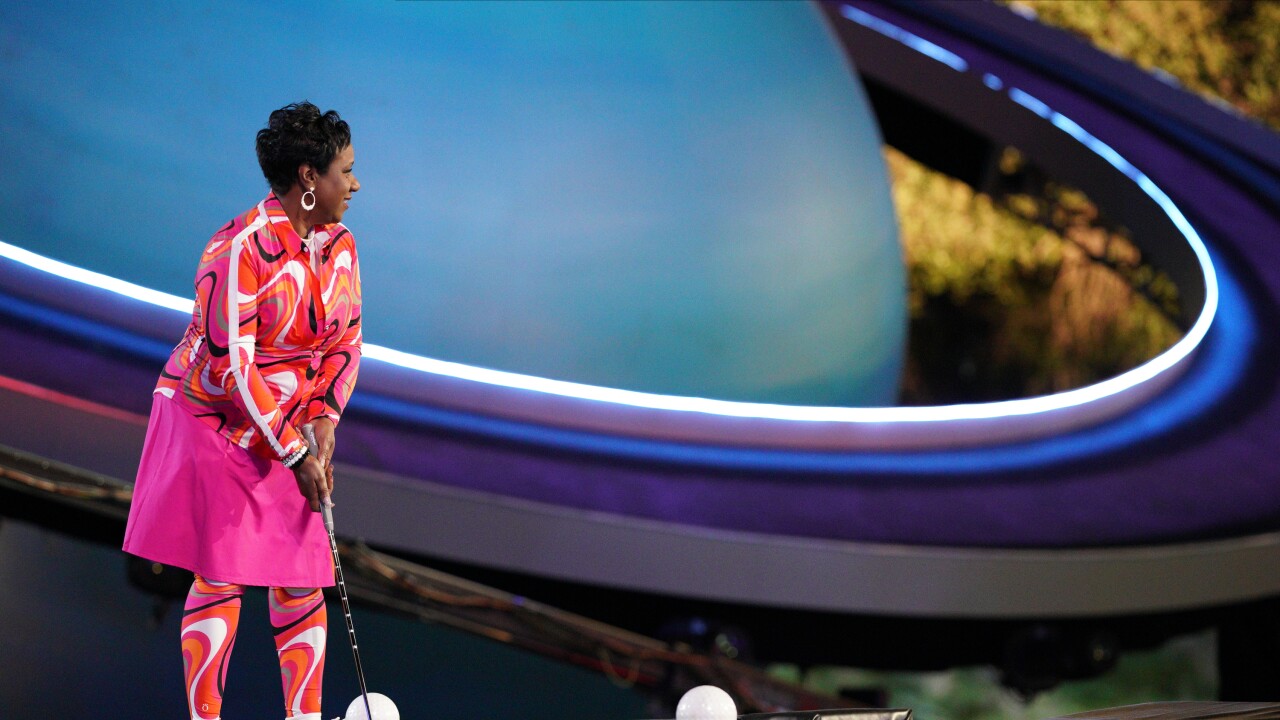 Christopher Willard/ABC
HOLEY MOLEY - "That's One For the Scrapbooks!" - On this week's all-new "Holey Moley," we get our exhilarating first hole in one of the season as a former professional golfer tees up fierce competition against a scrapbooking queen on the squeaky clean, all-new Putter Ducky hole. A "garbologist" faces off against a professional dancer on Hole Number Two. A professional model and revenge-seeking husband from season one flip out after their diving skills are scored by Olympian Greg Louganis and actor Steve Guttenberg on new hole Diving Range. Meanwhile, a human squirrel tackles Water Hazard for the first time, while this week's Distractor, Thunder from Down Under, steals strokes and hearts; and the slippery final putt sends one contestant a step closer to winning $250k. "Holey Moley" airs THURSDAY, MAY 28 (9:00-10:00 p.m. EDT), on ABC. (ABC/Christopher Willard) AVIS BROWN RILEY 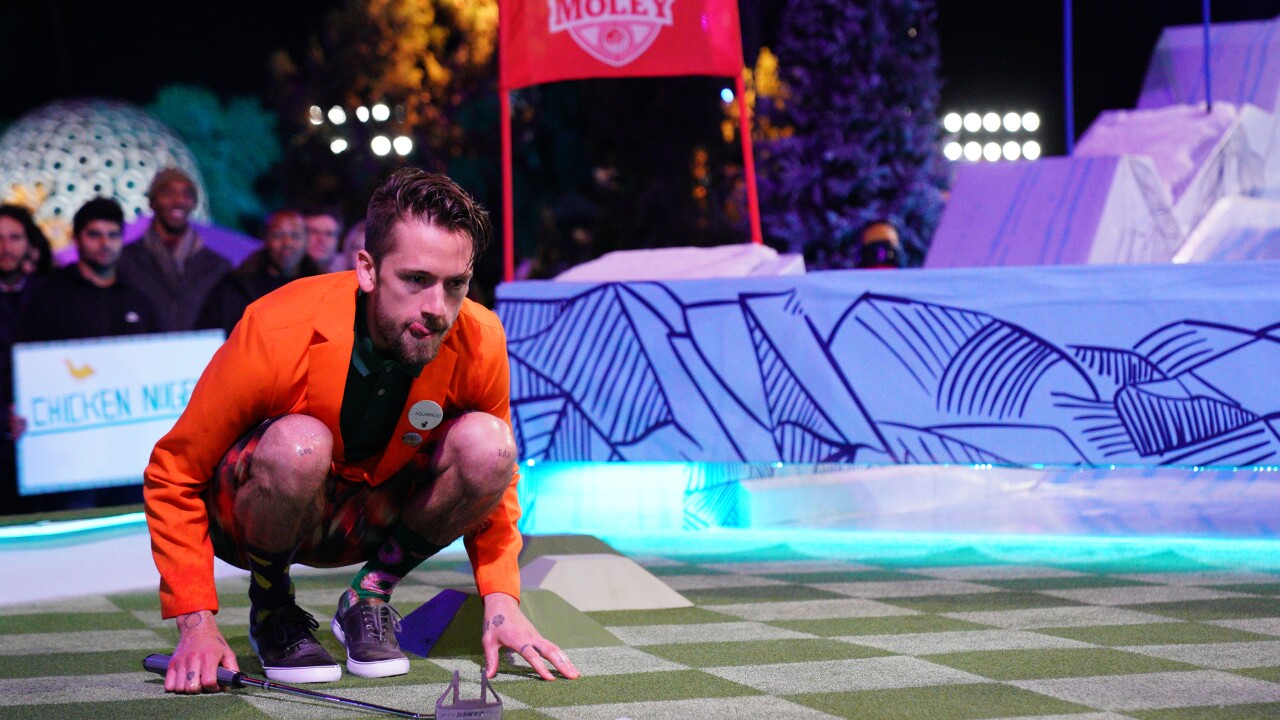 SAN DIEGO (CNS) - Two San Diego area residents are among the contestants on Thursday evening's episode of the ABC miniature golf series "Holey Moley," including Avis Brown-Riley, who played in the 1988 U.S. Women's Open but missed the cut after two rounds.

"It was a spectacular and exhilarating experience, now I know what the movie stars experience while filming and one that I always treasure," she said of her miniature golf experience. "The Disney/ABC television production staff rolled out the red carpet and treated all the contestants like royalty. It was inspiring ... especially when the audience was rallying and cheering me along."

She also tweeted the water she fell into was cold.

Brown-Riley is a Chula Vista resident who is a member of the board of directors of the Southwestern College Foundation, serving as a goodwill ambassador for the community college. She is a breast cancer survivor who is an ambassador with the American Cancer Society, including speaking a golf events.

The other San Diego area contestant is Ray Nugent, an entrepreneur and artist.

The episode is the second of "Holey Moley's" second season. It has doubled the number of holes and increased prize money from the first.

The course at the Sable Ranch in Santa Clarita has been expanded to 18 holes, "giving us a lot more variety and (a) new hole every single week," creator and executive producer Chris Culvenor told City News Service.

In the first season, "the audience loved the holes with a lot of physical comedy like 'Dutch Courage' with the giant windmills, so for the second season we've designed the course with a lot more hilarious thrills and spills," Culvenor said.

The winners of each of the season's first 12 episodes will advance to the finale, where the winner will receive $250,000. The winner each of last season's 10 episodes received $25,000.

Culvenor said he created "Holey Moley" because he "wanted to create a fun physical competition that people of any age, body type or background could take part in."

"Miniature golf was perfect because absolutely everyone can play, and people have such fond nostalgic memories of playing it on family vacations, first dates or with friends," he said.

Culvenor said he pitched the show as "a serious competition in a really silly world."

"Everyone who takes part in 'Holey Moley' genuinely wants to win and is very passionate about putting, but the world we've created is absolutely ridiculous and fun," he said.

Basketball star Stephen Curry is among "Holey Moley's" executive producers and is also the "course pro," who presents the show's plaid version of the Masters Tournament's Green Jacket and Golden Putter trophy to each episode's winner.

"Stephen absolutely loves miniature golf, so he was extremely collaborative when it came to designing the holes on our incredible course," Culvenor said.

"He also has a fantastic sense of humor, so he fully embraced the comedic elements of the series and really helped make the show fun for the whole family."

Culvenor called "Holey Moley" "the perfect show to watch with the whole family, and not only have a lot of laughs, but to also witness some incredible performances by very talented competitors."

"In these challenging times when there is a lot to be stressed about, 'Holey Moley' is a feel-good celebration of fun, silliness and amazing skill," Culvenor said.