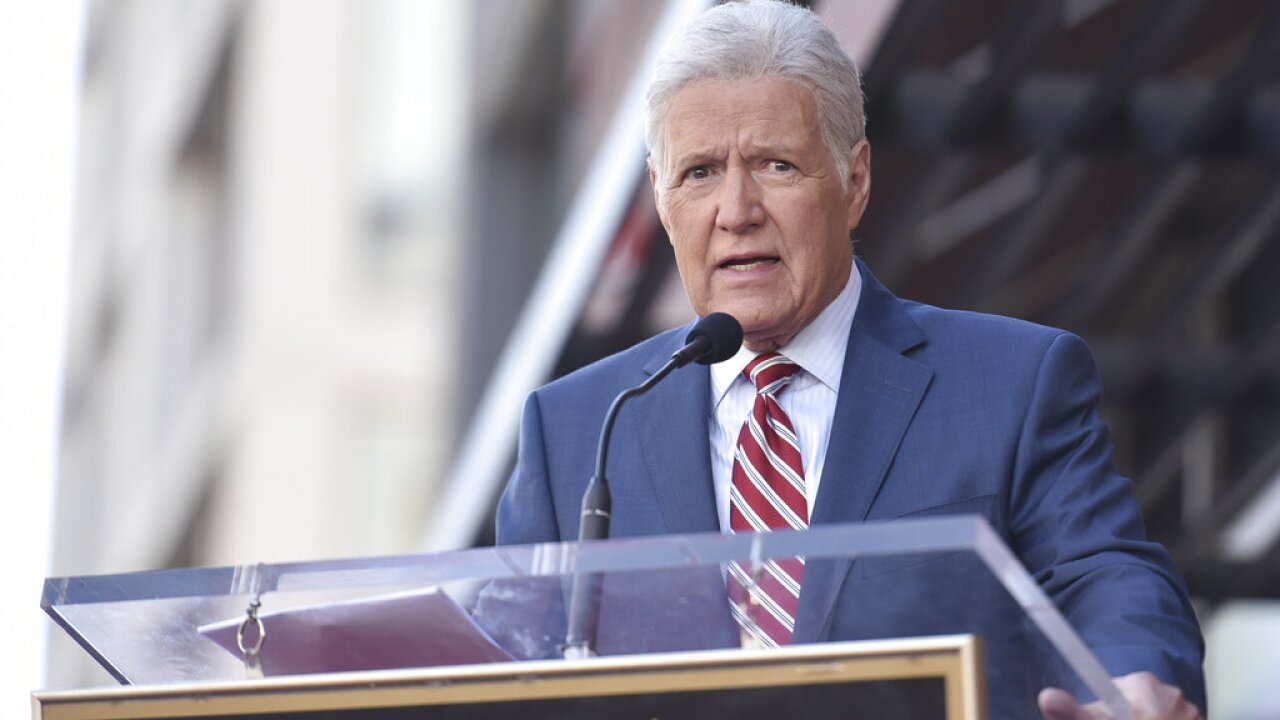 (KGTV) -- “Jeopardy!” host Alex Trebek has died at the age of 80 following a battle with pancreatic cancer.

The news was announced on the show's official Facebook page. According to the announcement, Trebek died surrounded by family and friends.

"Jeopardy! is saddened to share that Alex Trebek passed away peacefully at home early this morning, surrounded by family and friends. Thank you, Alex," an announcement from the show read.

Trebek had been the host of "Jeopardy!" since 1984. He announced his diagnosis with pancreatic cancer in 2019 and immediately began treatment.

Despite the diagnosis, Trebek continued to host and tape new episodes of the show.

The show’s 37th season started airing in mid-September. Trebek said he was excited to get back to work.

“I believe we are the first quiz show to come back on the air in the COVID-19 era. On a personal level, I’m excited because it gets me out of the house. It gives me something to do on a regular basis, and I was missing that," Trebek said.