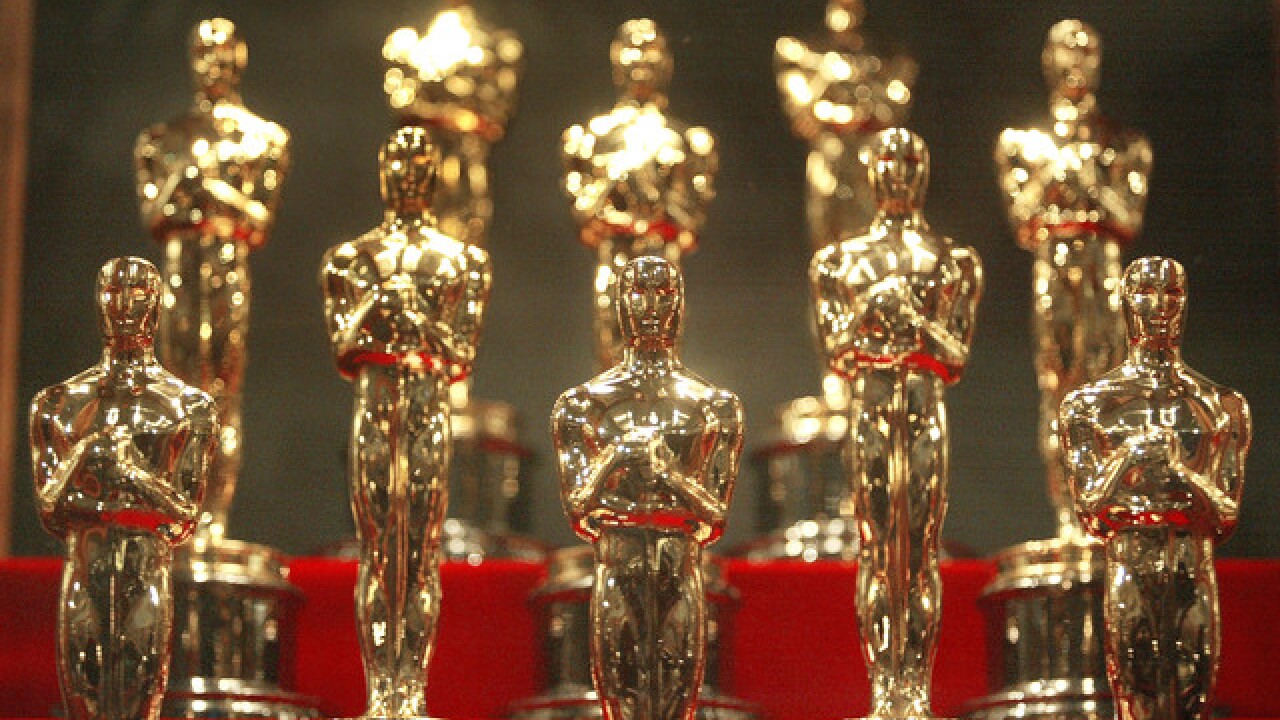 Copyright 2018 Scripps Media, Inc. All rights reserved. This material may not be published, broadcast, rewritten, or redistributed.
Tim Boyle
CHICAGO - JANUARY 23: Oscar statuettes are displayed during an unveiling of the 50 Oscar statuettes to be awarded at the 76th Academy Awards ceremony January 23, 2004 at the Museum of Science and Industry in Chicago, Illinois. The statuettes are made in Chicago by R.S. Owens and Company. (Photo by Tim Boyle/Getty Images)

LOS ANGELES (CNS) - The Academy of Motion Picture Arts and Sciences Monday revealed the four Oscars that will be presented during commercial breaks
at the upcoming Academy Awards ceremony in an effort to limit the show to three hours.

According to an email sent by Academy President John Bailey to members, the Oscars for cinematography, film editing, live action short and makeup/hairstyling will all be presented during commercial breaks, with the winners' speeches aired later in the broadcast.

``And, with the help of our partners at ABC, we also will stream these four award presentations online for our global fans to enjoy, live, along with our audience,'' according to Bailey's email, a copy of which was shared online by Variety.

According to Bailey, executive committees of six Academy branches volunteered to have their awards presented during commercial breaks, and the Academy selected four. New categories will be selected for commercial-break presentation in subsequent years, with this year's affected categories guaranteed to be presented on air during the telecast next year, Bailey wrote.

``Viewing patterns for the Academy Awards are changing quickly in our current multimedia world, and our show must also evolve to successfully continue promoting motion pictures to a worldwide audience,'' Bailey wrote.

``This has been our core mission since we were established 91 years ago -- and it is the same today.''

The Oscars will be held Feb. 24 at the Dolby Theatre in Hollywood. You can watch the show live on ABC10.