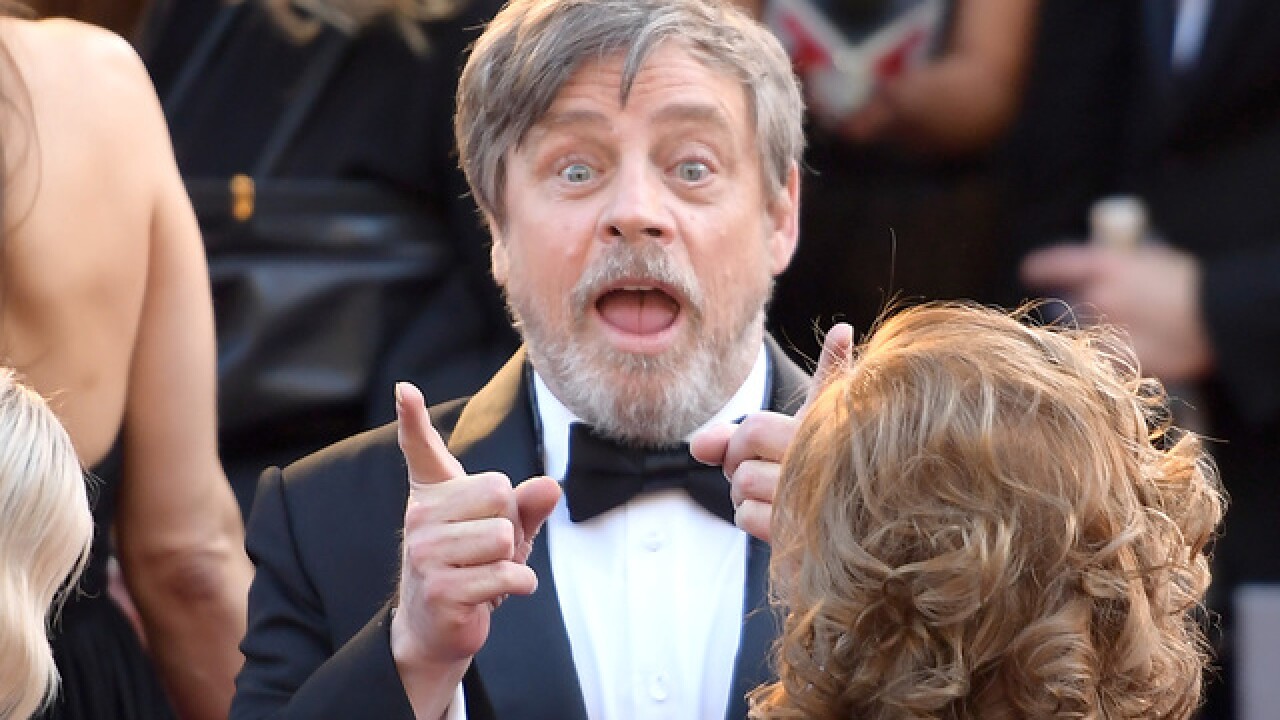 (KGTV) - The Force is with the Hollywood Walk of Fame.

Of course, in addition to his role in the "Star Wars" saga, the Clairemont native has encompassed all aspects of the entertainment world, including Broadway, voice-over roles, and television.

The ceremony can be viewed live online:

On Broadway, Hamill flexed his acting reach in productions of "The Elephant Man," "Amadeus," "The Nerd," and "Six Dance Lessons in Six Weeks."

Hamill had some fun with TV host Jimmy Kimmel Wednesday on "Jimmy Kimmel: Live," where he cleared a little room from his place on the Walk of Fame...

"Well, I just picked out my spot for the star. I'm getting it ready for tomorrow," Hamill, with a jackhammer in hand, tells Kimmel before the camera pans down to reveal Kimmel's own star demolished. "Hey Jimmy I got an idea, why don't you put your star in front of Hooters?"

However, Hamill's work extends past entertainment. The actor has been involved with charitable work with NAI (USC Neighborhood Academic Initiative), the Make-A-Wish Foundation, and Feeding America.

Hamill was born in Oakland, Calif., before later moving to Clairemont — his longest stint anywhere as a youth — Virginia, and then Japan. Last year, he was recognized with an honorary street in the 5900 block of Castleton Drive, at Mt. Abernathy Avenue.