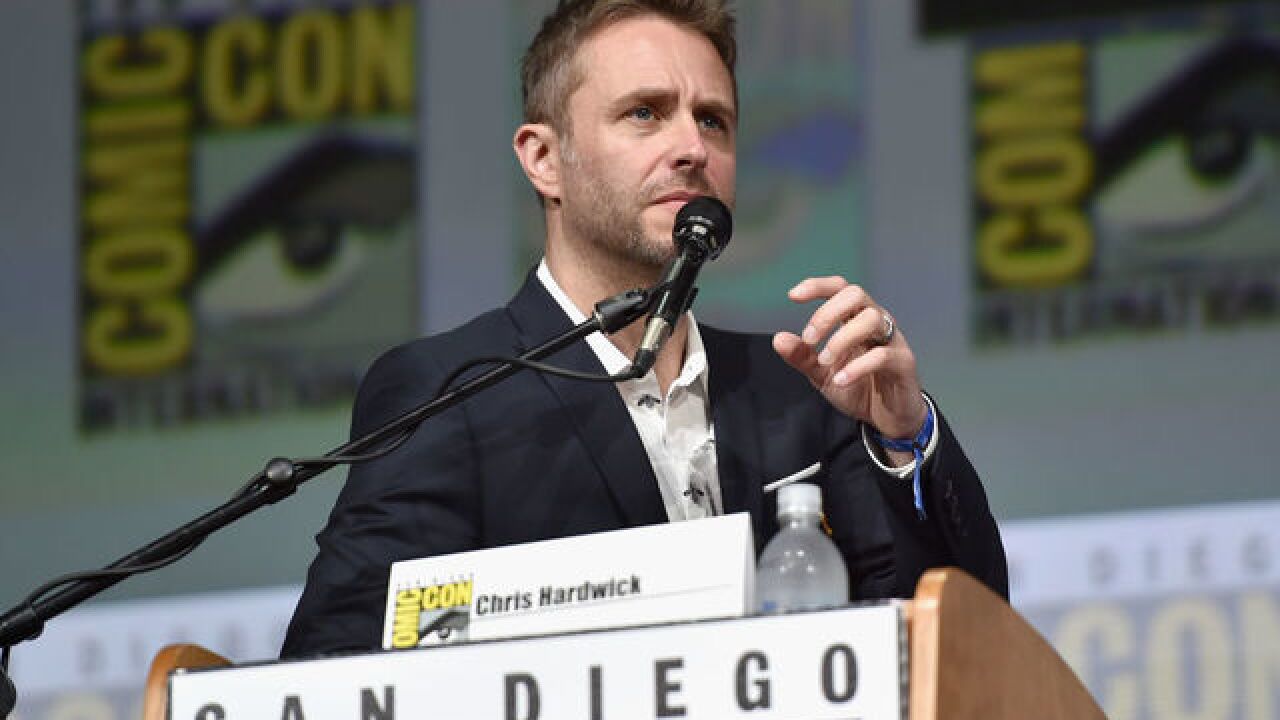 (KGTV) - Following an investigation into claims of sexual and emotional abuse by an ex-girlfriend, Chris Hardwick will return to AMC Networks as host of "Talking Dead" and "Talking with Chris Hardwick."

The television host was pulled from episodes after his ex-girlfriend, Chloe Dykstra, claimed their three-year relationship was fraught with abuse, including restrictions on her behavior and that she let him "sexually assault me."

"Following a comprehensive assessment by AMC, working with Ivy Kagan Bierman of the firm Loeb & Loeb, who has considerable experience in this area, Chris Hardwick will return to AMC as the host of 'Talking Dead' and 'Talking with Chris Hardwick,'" AMC said in a statement to CNN.

AMC added that they believe, "returning Chris to work is the appropriate step."

Hardwick's show "Talking with Chris Hardwick" was suspended while the network examined the accusations. His duties hosting "Talking Dead," a popular talk show following episodes of AMC's "The Walking Dead," were also given to actress Yvette Nicole Brown during the investigation.

The 46-year-old host is expected to return the air on August 12, after the mid-season premiere of "Fear the Walking Dead."

Hardwick was also noticeably absent from San Diego Comic-Con last week, where he routinely hosted panels, including for AMC shows like The Walking Dead. He was scheduled to host one panel for BBC America's "Doctor Who" series, before he stepped aside.

RELATED: 1st Comic-Con of the MeToo era grapples with harassment

Dykstra, 29, wrote in an essay last month claiming what she called years of abuse, including sexual assault, by her former boyfriend. Dykstra never specifically named Hardwick, instead referring to her ex as a someone who went from a "mildly successful podcaster to a powerhouse CEO of his own company."

Hardwick responded to the essay, writing in a statement, “I was heartbroken to read Chloe’s post. Our three-year relationship was not perfect ... and did my best to uplift and support her as a partner and companion in any way and at no time did I sexually assault her."

Hardwick was also scheduled to perform stand-up comedy at KAABOO Del Mar this September, before the music festival decided to cancel the show over the accusations.

It's not clear if AMC's decision will have any effect on whether he remains off KAABOO's schedule.