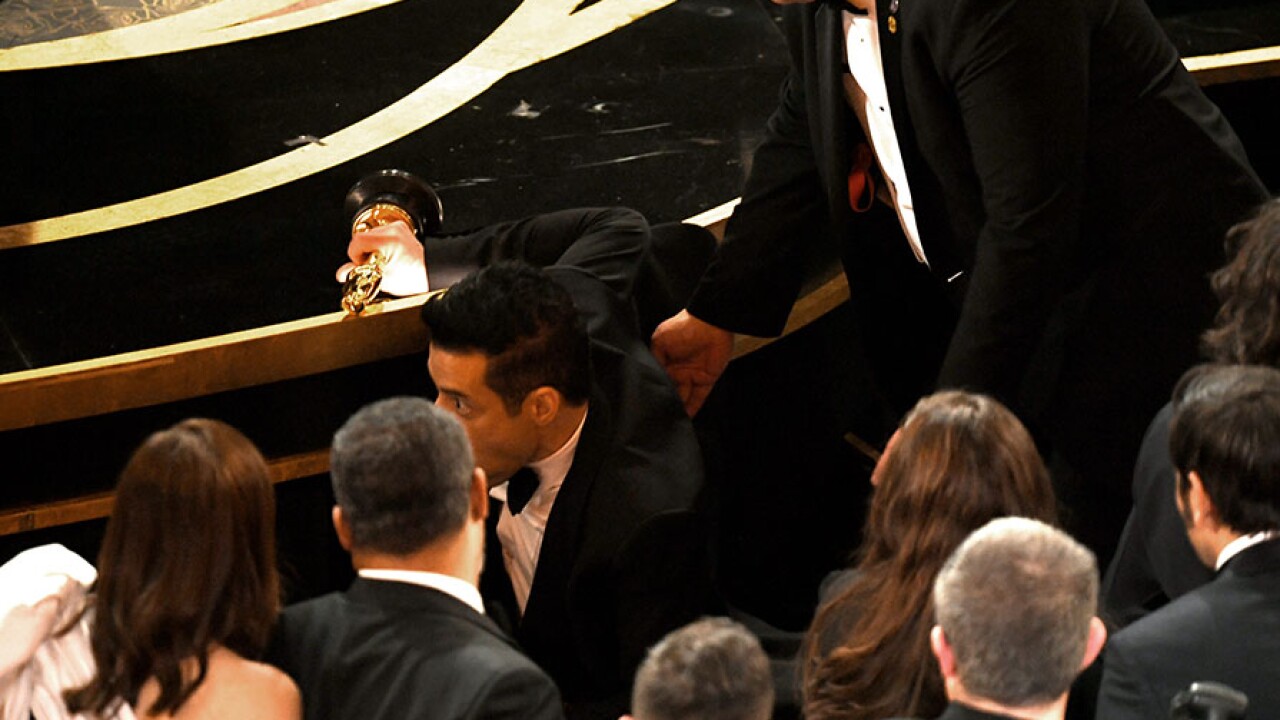 LOS ANGELES (AP) - Rami Malek may have had a brief fall from the heights of his best-actor Oscar victory for "Bohemian Rhapsody" but he recovered in time to visit reporters and deliver emotional remarks on how much it meant to him to win his award.

The actor was checked by medical personnel after he took a tumble inside the auditorium shortly after winning.

He appeared fine when he came backstage to answer reporters' questions.

Malek says, "The fact that I have this in my hand right now is beyond my expectation that myself or perhaps my family ever could have had," he said, clutching his Oscar backstage.

FULL LIST OF WINNERS FROM THE 91ST ACADEMY AWARDS