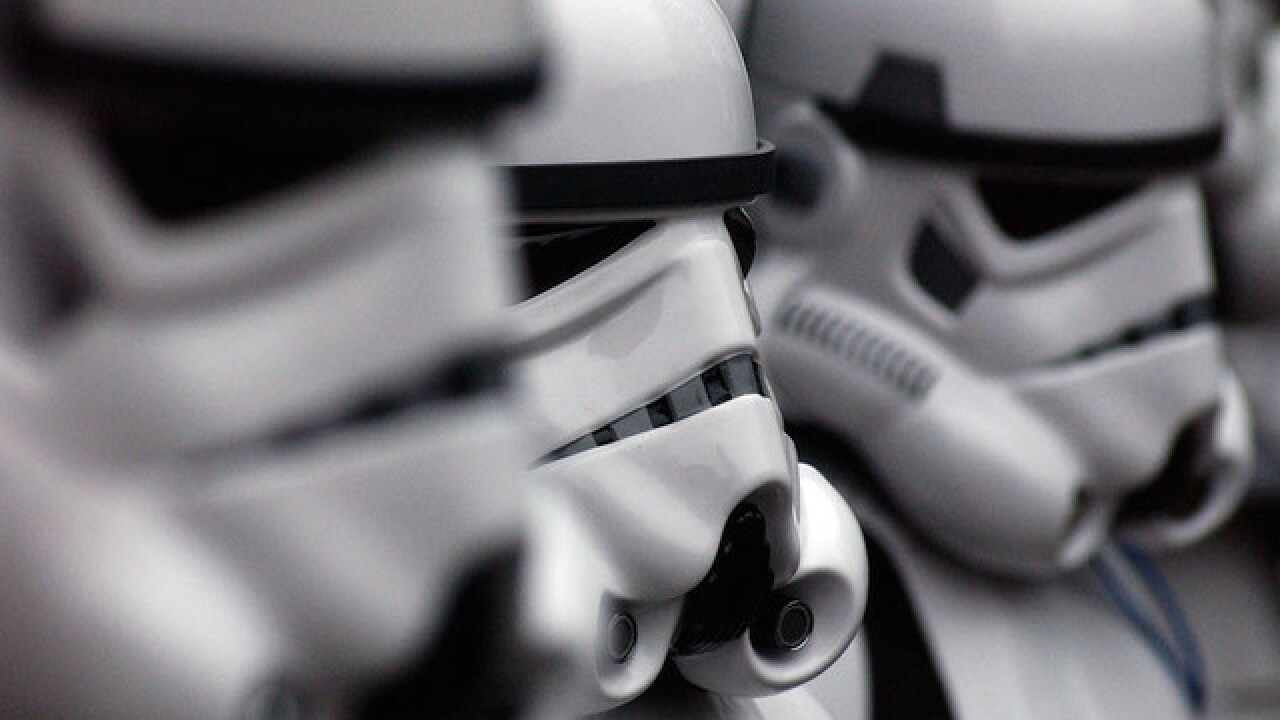 The Highway Patrol said Trooper Britta Foesch was a designated sober driver and in her personal vehicle and wearing a Stormtrooper costume — but not its helmet — when she stopped the other vehicle and called dispatchers to get on-duty troopers to the scene early Saturday morning.

The Highway Patrol said the other vehicle’s driver was arrested on suspicion of driving under the influence, driving without a valid driver’s license and two traffic violations.