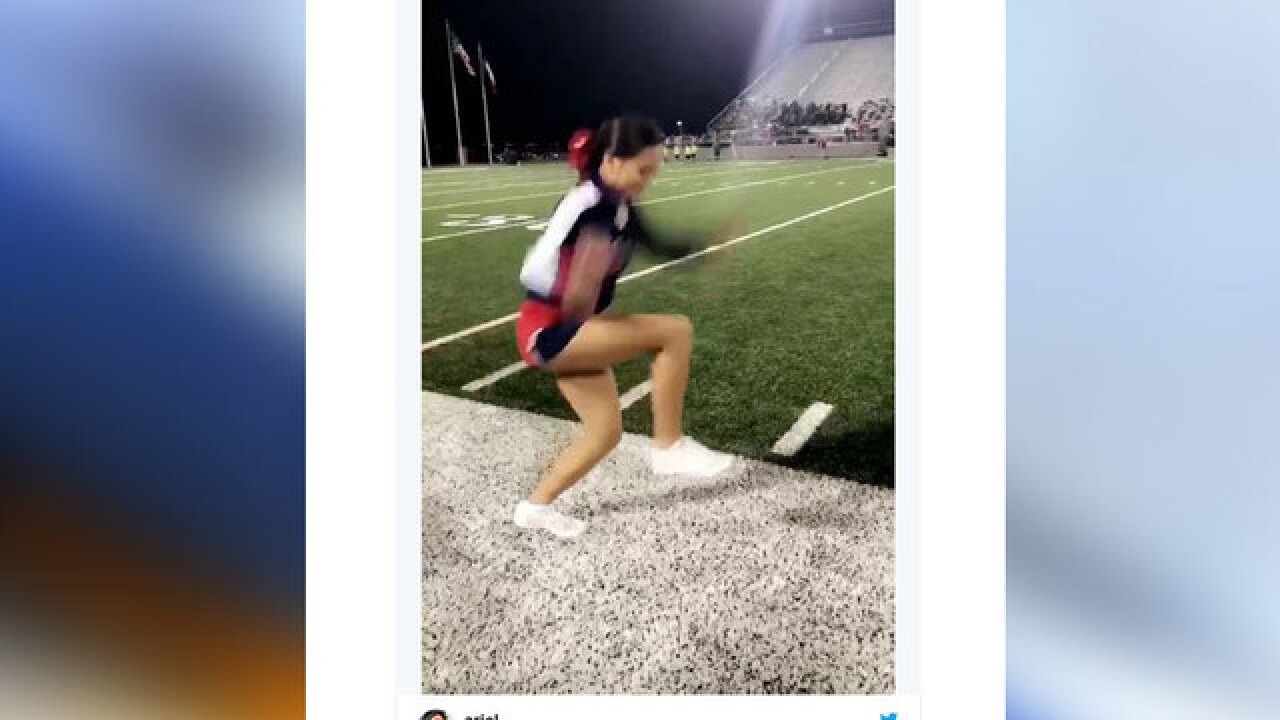 (KGTV) - The internet is full of "challenges," but this latest one has many doing double-takes.

The so-called "invisible box challenge" began this summer when Anderson University football player Dontez Hines showed off his ability to "walk on air."

While Hines' feat garnered its share of retweets, shares and views, a Texas high school cheerleader's successful attempt over the weekend has surpassed that on its way to going viral.

Sixteen-year-old Ariel Olivar told ABC13 in Houston that she likes challenges, adding, "I am very much for them, so I was like, 'I can do it.'"

Soon after her video was posted, the Manvel High School student's take on the "invisible box" began to circulate on social media at an amazing rate.

Ariel told ABC13 that she had "no idea it would ever get this big."

Well, it has, and it's spurred others on social media to give the "invisible box challenge" a shot -- with varying results.