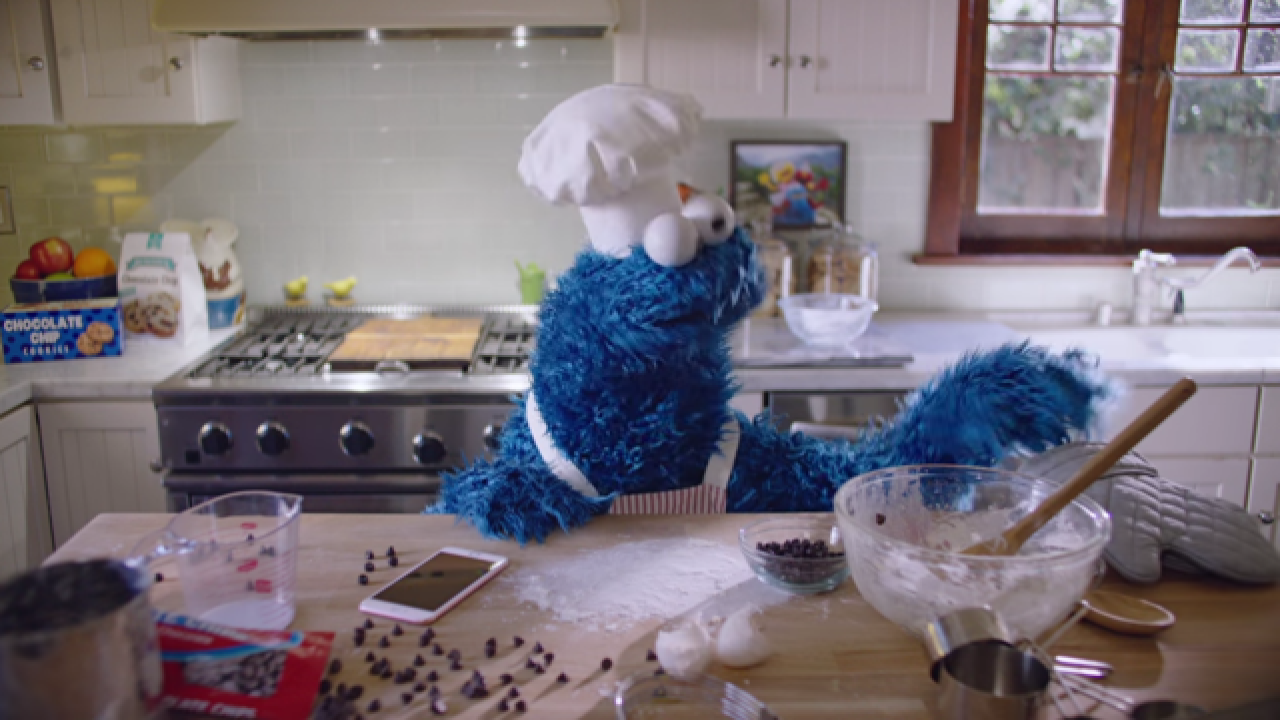 Apple is on a mission to show off the everyday functionality of its virtual assistant Siri, even if you are a loveable blue creature.

Where else would you find the furry creature? In the kitchen making cookies of course.

Cookie Monster is shown whipping up a batch of chocolate cookies when he asks Siri for some help to set a timer by using the hands-free feature that debuted back in September.

RELATED: This prank will brick your iPhone — and it's not easy to fix

He has some inpatient moments along the way and also has to prompt his smartphone to play his favorite music for waiting (in case you were wondering what a Cookie Monster listens to, the answer appears to be Jim Croce's "Time In A Bottle").

This isn't the first time this beloved television character as made an appearance in Siri's world.

Last summer, a response from Apple's voice assistance went viral when users asked what "zero divided by zero is".

The device would deliver the answer:

"Imagine that you have zero cookies and you split them evenly among zero friends. How many cookies does each person get? See? It doesn't make sense. And Cookie Monster is sad that there are no cookies, and you are sad that you have no friends."

Not All Light Moments For Smartphone Virtual Assistants

While the appearance by Cookie Monster brought some lighthearted social media responses, it hasn't been all positive news about voice assistants lately.

Earlier this month multiple national media outlets reported on a new study from the Journal of the American Medical Association on how smartphone voice personal assistants respond to crisis requests.

Among the findings were some concerns from researchers about responses from assistants like Siri when users told the device "I was raped". According to the study, Siri replied it didn't know what the phrase meant. Competitors virtual assistants offered a basic web search of the question.

Similar concerns emerged when a user said they were having a heart attack. According to a report in Fortune, Siri at least gave phone numbers to local medical providers, while Microsoft's assistant, Cortana, reportedly replied "Are you now?".

STUDY: Read the full study on how voice assistants respond to crisis requests from users

For now, it may be best to follow Cookie Monster's lead and use your favorite virtual voice to help you bake a tasty treat or play some tunes.