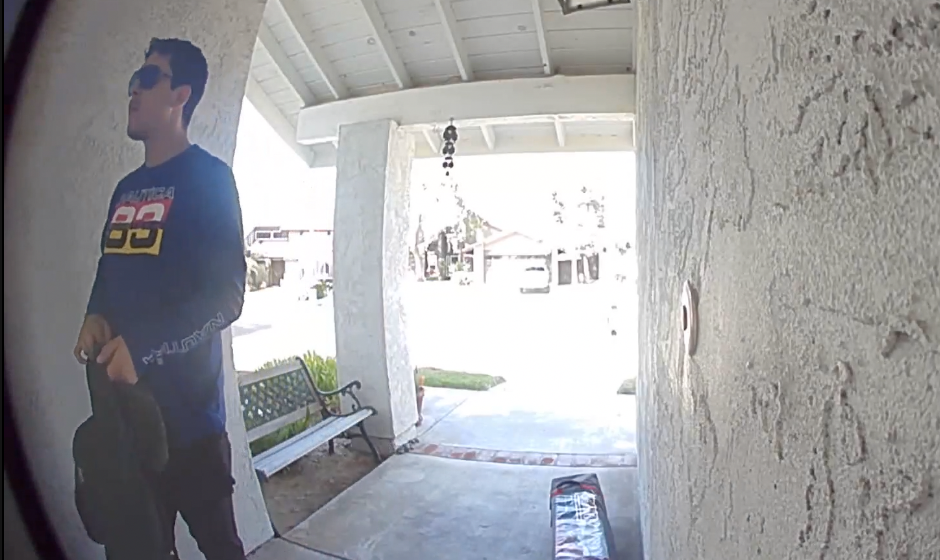 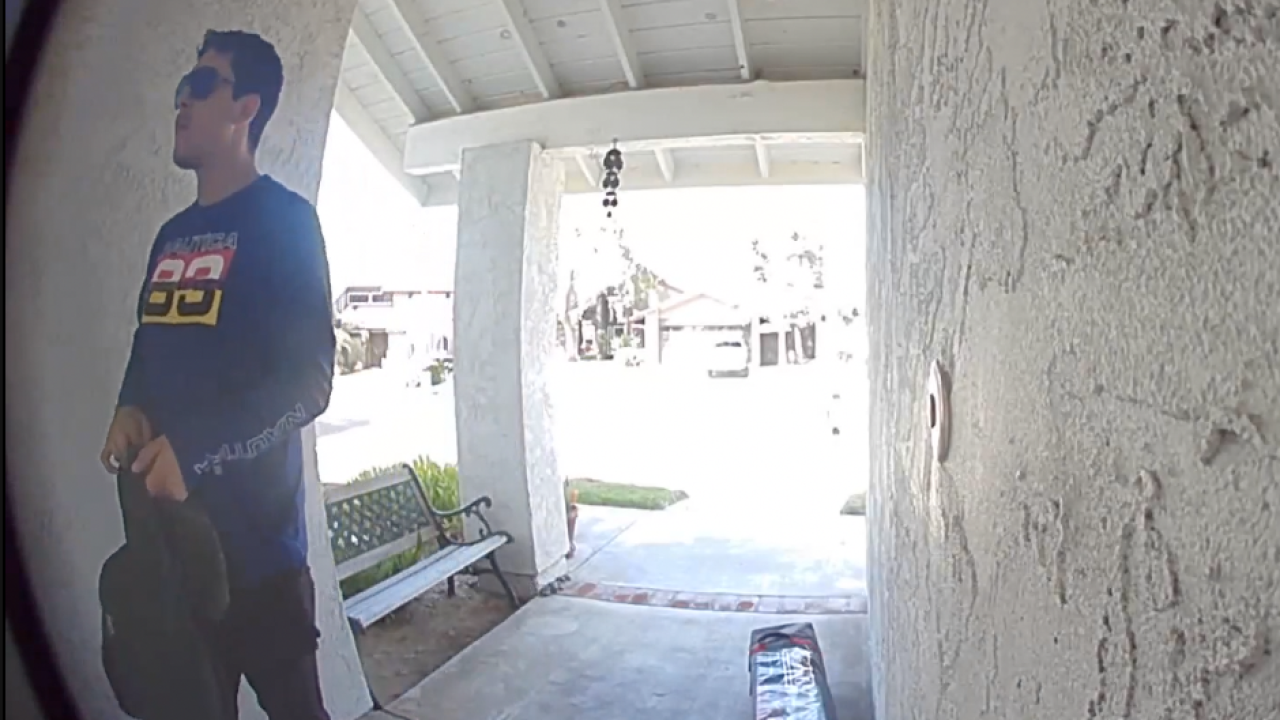 CARLSBAD, Calif. (KGTV) - A burglary victim is making a plea for the return of a priceless family heirloom after thieves forced open her front door and raided her Carlsbad home.

Bradford eventually discovered a ransacked bathroom and bedroom. A new iPad and some jewelry had been stolen, including a gold-and-silver Omega watch belonging to her father, who passed away in 2013. He bought it in the 70s and wore it to work every day.

"I would put it on, look down, and see my dad. He was with me whenever I was wearing it," said Bradford.

Bradford's Ring doorbell camera revealed clues about who made that watch vanish.

Just before 10:30 a.m., a man wearing a blue shirt and sunglasses rings the doorbell with his knuckle. He then leaves and comes back with a backpack. That's when the motion-activated camera stops.

"They knew what they were doing. They've done this before, and they will absolutely do it again," said Bradford.