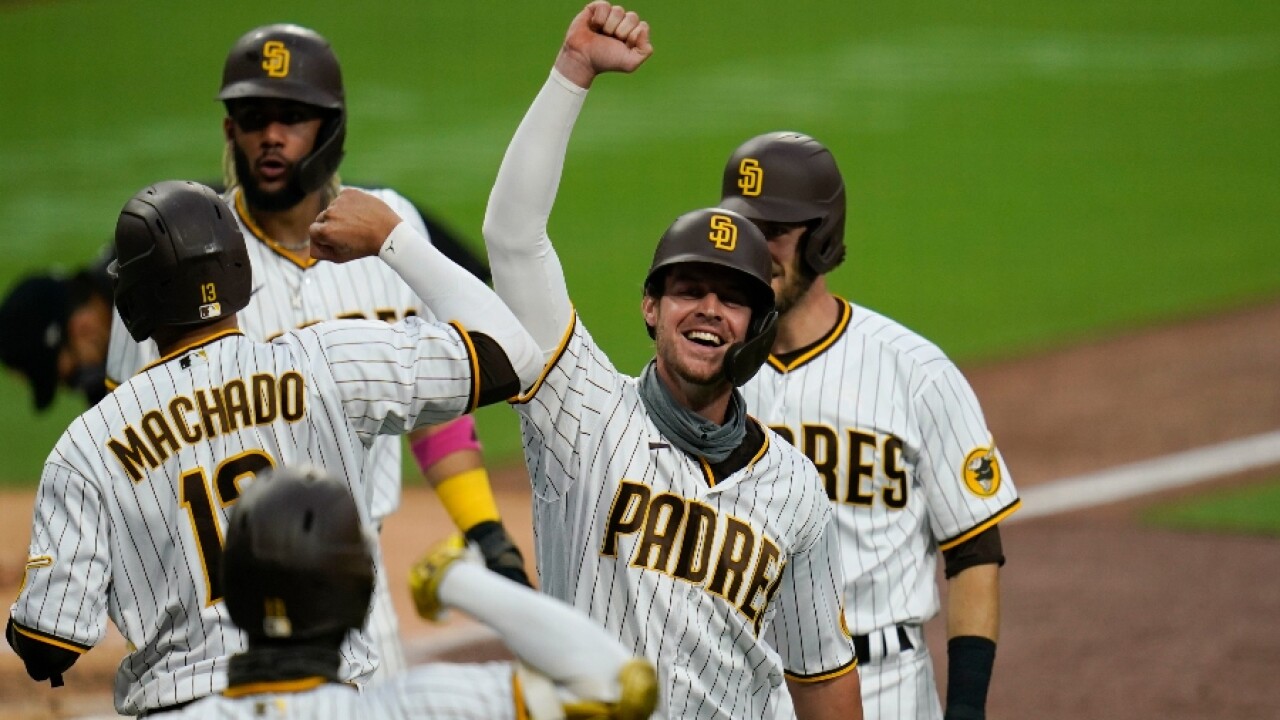 SAN DIEGO (AP) — Wil Myers homered twice, including San Diego's seventh grand slam of the season, Austin Nola hit a three-run shot and Mike Clevinger was impressive in his home debut for the Padres, who routed the Colorado Rockies 14-5.

The Padres, cruising toward their first postseason appearance since 2006, won their third straight and for the seventh time in nine games.

Myers hit his slam in the five-run first inning and then homered leading off the seventh to match his single-game high of five RBIs.

His 11th homer gave him his eighth career multi-homer game.

Clevinger picked up his first win as a Padre, striking out eight in five innings of work.