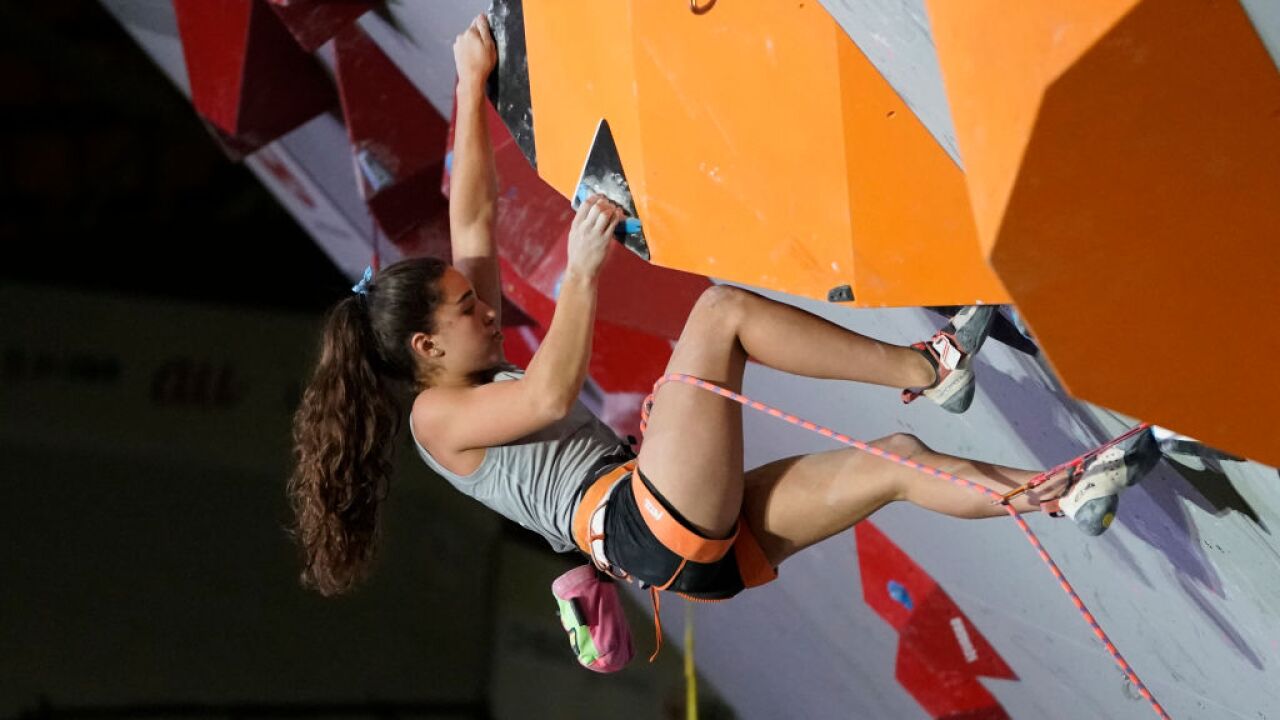 SAN DIEGO (KGTV) — An 18-year-old San Diego student who has already cemented her place in climbing has now grabbed a historic Olympic accolade.

Sunday, Brooke Raboutou, of Boulder, Colo., qualified for the Tokyo 2020 Games to become the first-ever American to qualify for Olympic climbing, according to the U.S. Olympic Committee.

The University of San Diego sophomore finished ninth in the combined qualification round at the IFSC Climbing World Championships in Hachioji, Japan, according to Team USA. She had the sixth-fastest time in the speed round and ranked seventh- and tenth in lead and bouldering, respectively.

The Tokyo 2020 games will mark the first time climbing is included as an Olympic sport, following a 2016 vote to add the sport to the Olympic program.

She was named to the first U.S. national climbing team earlier this year.

In Tokyo, Raboutou will compete in the combined event, which includes competitions for speed, bouldering, and lead. Her final rank will be based on the results from all three events.

U.S. athletes will have two more chances to qualify for the 2020 team. Next in the fall at the Olympic Qualifying Event and in 2020 during continental championships.

The Tokyo games will take a maximum of two qualifying athletes from each country, featuring 20 athletes per gender.

Raboutou has been competing from a young age, beginning her climbing career when she was 7 years old, according to Team USA. At 11, she became the youngest person in the world to complete a 5.14b-grade climb.

Raboutou skills come across as a genetic trait, as her parents were each multiple-time climbing world cup champions and her older brother is also an accomplished climber.

According to Team USA, the Raboutou family was referred to as “the climbing equivalent of The Incredibles” by Climbing magazine.