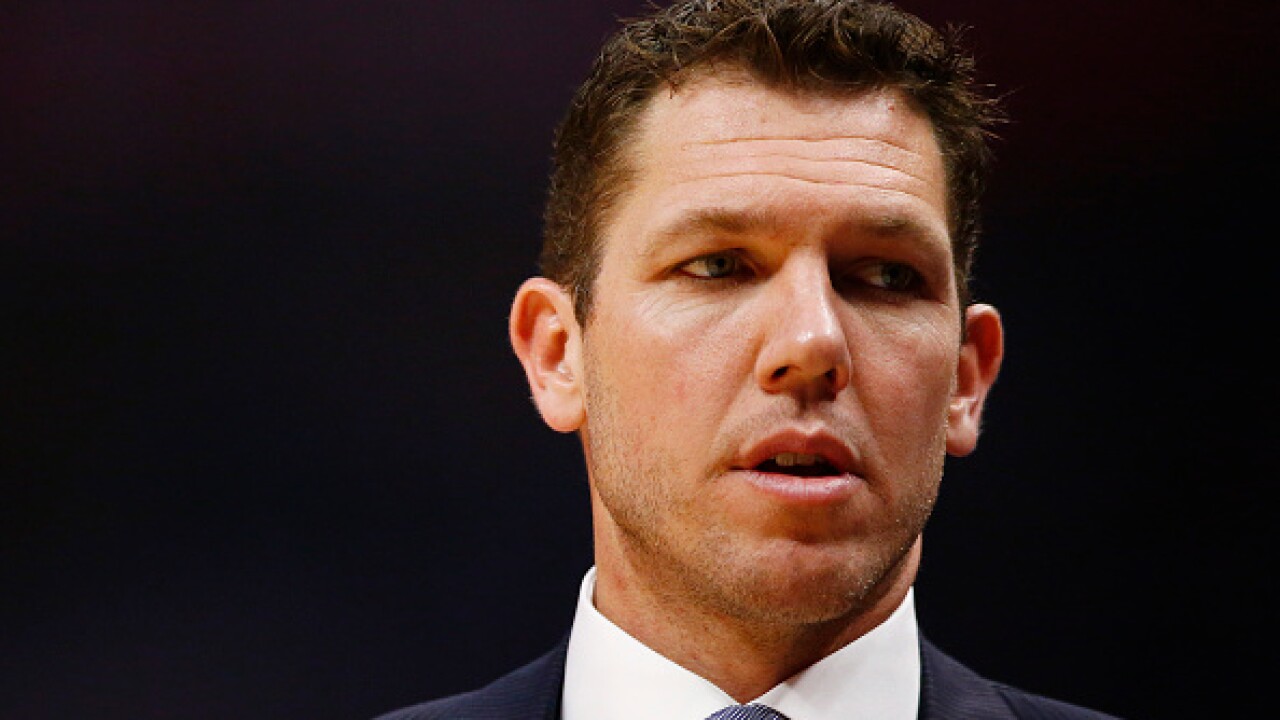 (KGTV) -- Luke Walton, the coach for the Sacramento Kings and a San Diego native, is being sued for sexual assault, TMZ reports.

TMZ reports that, according to the lawsuit, Walton forced himself on a woman in his hotel room.

The woman, identified in the lawsuit as Kelli Tennant, claims Walton asked her to meet him at his Santa Monica hotel to discuss a book she was writing.

Tennant says the two had a business relationship. Tennant claims that, when she arrived, he convinced her to go to his room.

The lawsuit then claims that, once in the room, Walton pinned her to the bed, placing his hips and legs over her body. Tennant claims Walton then forcefully kissed her. She says Walton then groped her breasts and groin and rubbed his groin on her leg as she screamed for him to stop.

The lawsuit says he eventually stopped and let her go but, as she walked away, he grabbed her from behind and again forced himself on her.

Tennant claims Walton finally released her, allowing her to leave.

When reached for comment, the Sacramento Kings told 10News: "We are aware of the report and are gathering additional information."