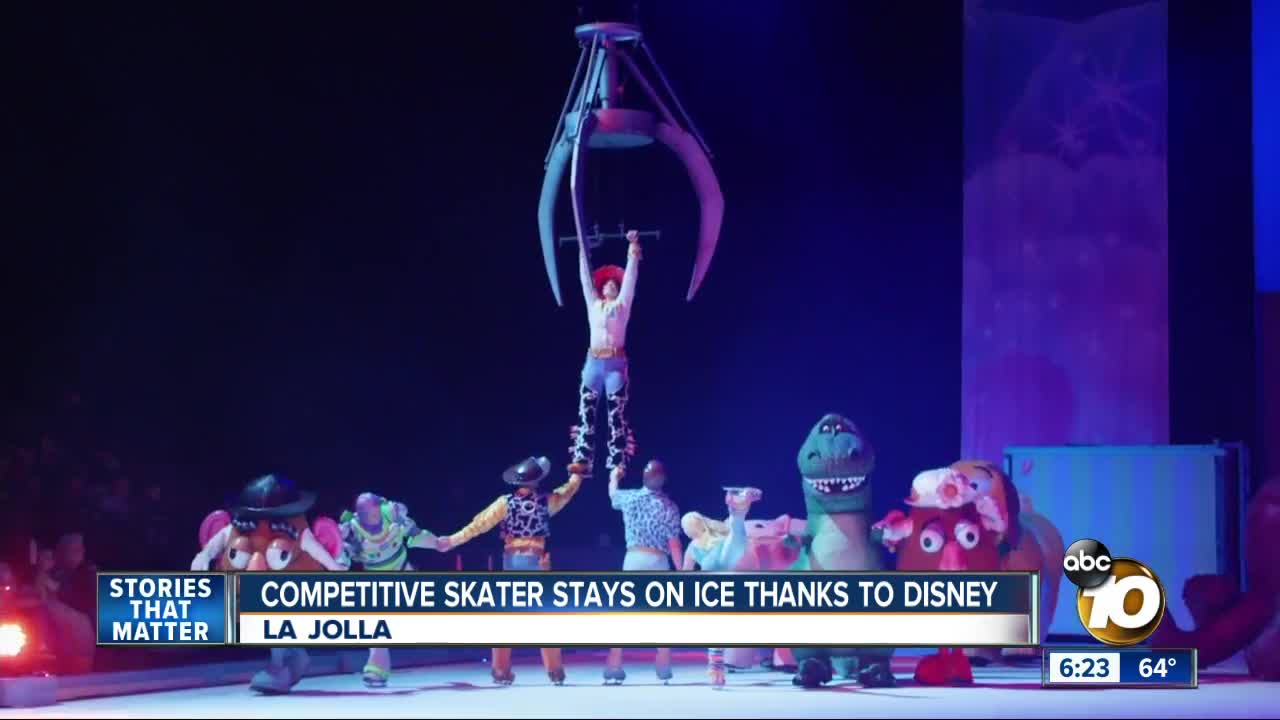 A competitive skater is staying on the ice thanks to Disney.

LA JOLLA (KGTV) - Kelly Beaulieu is back in the middle of a familiar food court.

Growing up as a competitive figure skater in Del Mar meant a lot of early mornings on the ice at the University Towne Center mall, just feet away from Hot Dog on a Stick and Sbarro.

"This is where I had my first coaches, I landed my first axel here. It's my first rink."

Beaulieu is back in San Diego as part of the cast of "Disney on Ice: Worlds of Enchantment" which runs Thursday through Sunday at Pechanga Arena. She started skating at the age of six, and became a fierce individual competitor on the ice. Eventually, Beaulieu turned to synchronized skating, which proved to be an excellent training ground for the Disney show.

"It was kind of hard at first, actually, to learn how to skate in time with other people," Beaulieu told 10News. Once she got the hang of it, though, "Disney on Ice" became a natural fit. She tried out as a 19-year-old, and waited a year before getting the good news -- she was in the show.

"I'm an ensemble skater, so I do our large production numbers, our big, dance, fun exciting numbers. It's great."

This week, Beaulieu returned to her old training rink at UTC. The food court options have been upgraded (Tender Greens, anyone?), but the ice remains familiar. Beaulieu says she loves traveling with the show and seeing new cities, but mostly she loves the chance to stay on the ice.