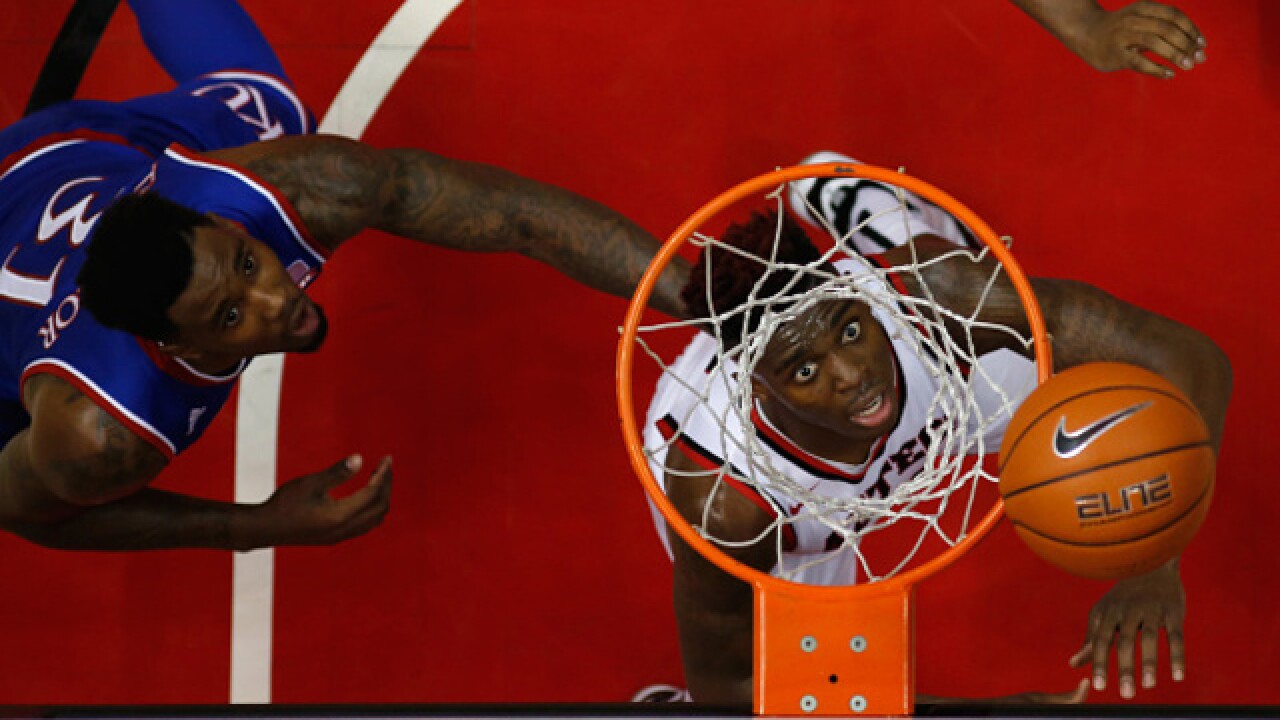 Copyright Getty Images
Sean M. Haffey
<p>SAN DIEGO, CA - DECEMBER 22: Zylan Cheatham #14 of the San Diego State Aztecs and Jamari Traylor #31 of the Kansas Jayhawks battle for rebound during the second half of a game at Viejas Arena on December 22, 2015 in San Diego, California. (Photo by Sean M. Haffey/Getty Images)</p>

(KGTV) — March Madness has been creating a stir on social media since the NCAA Tournament brackets were revealed on Sunday, with the biggest peak during the live selection show.

San Diego State made its way into the limelight with nearly 3,000 mentions, making it the 59th most popular team; hashtags related to San Diego State basketball included #GoAztecs, #Aztecs, #IBelieve and #SDSU.

"What an incredible run by first-year head coach Brian Dutcher. Aztecs looked dead in the water in the middle of conference play, pulled everything together, and will now hear its named called on Selection Sunday."

According to international social media analytics firm, Talkwalker, an estimated 605,000+ mentions of March Madness, NCAA Tournament or other related terms have been recorded across social media in the last couple of days.