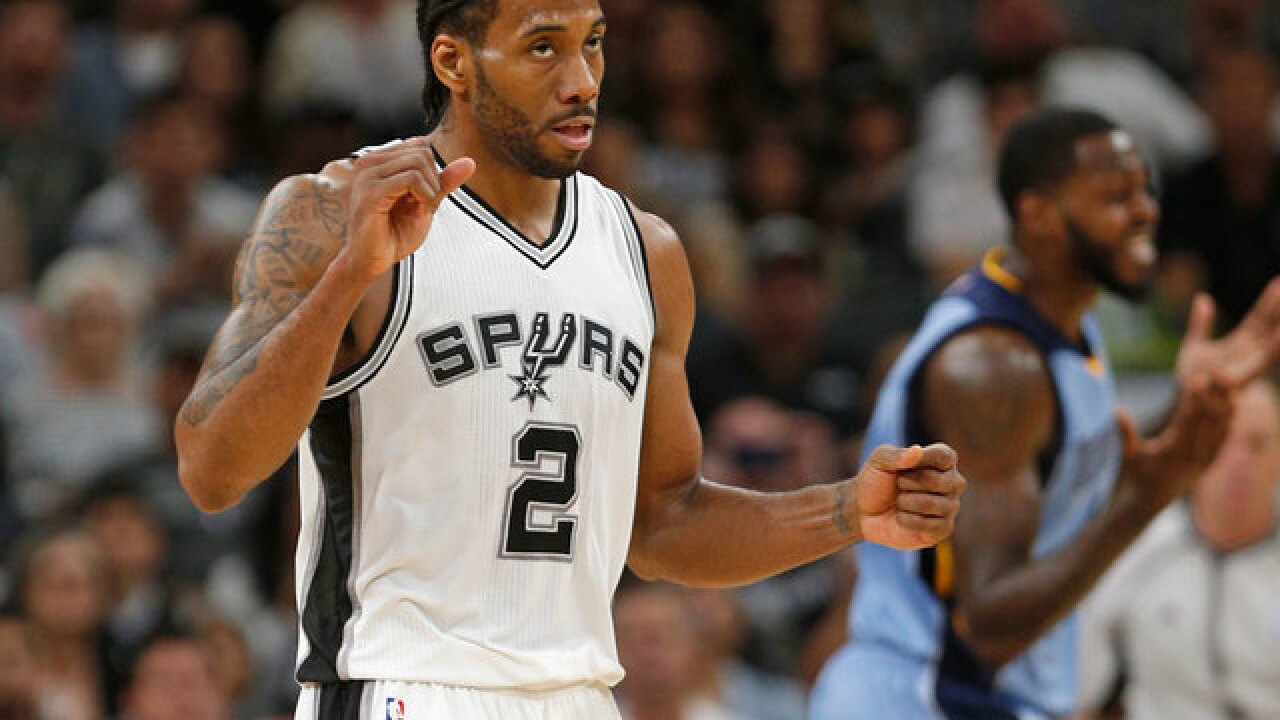 Copyright Getty Images
Ronald Cortes
Kawhi Leonard #2 of the San Antonio Spurs reacts after a basket against the Memphis Grizzlies in Game Two of the Western Conference Quarterfinals during the 2017 NBA Playoffs at AT&T Center on April 17, 2017 in San Antonio, Texas.

Earlier this summer, Leonard informed the Spurs that he wanted to be traded following a season in which he only played nine games due to a leg injury. Apparent disagreements over the injury’s severity, diagnosis and Leonard’s recovery led to multiple reports of friction between the Spurs and the two-time NBA Defensive Player of the Year.

Leonard, according to numerous reports, is intent on signing a free agent contract with the Los Angeles Lakers after his current contract expires at the end of the 2018-19 season.

Meanwhile, DeRozan -- who is a Los Angeles native like Leonard -- has three years and $83 million left on his current contract.