Pro Treatment: Crawford High finds success with one of the smallest rosters in high school football 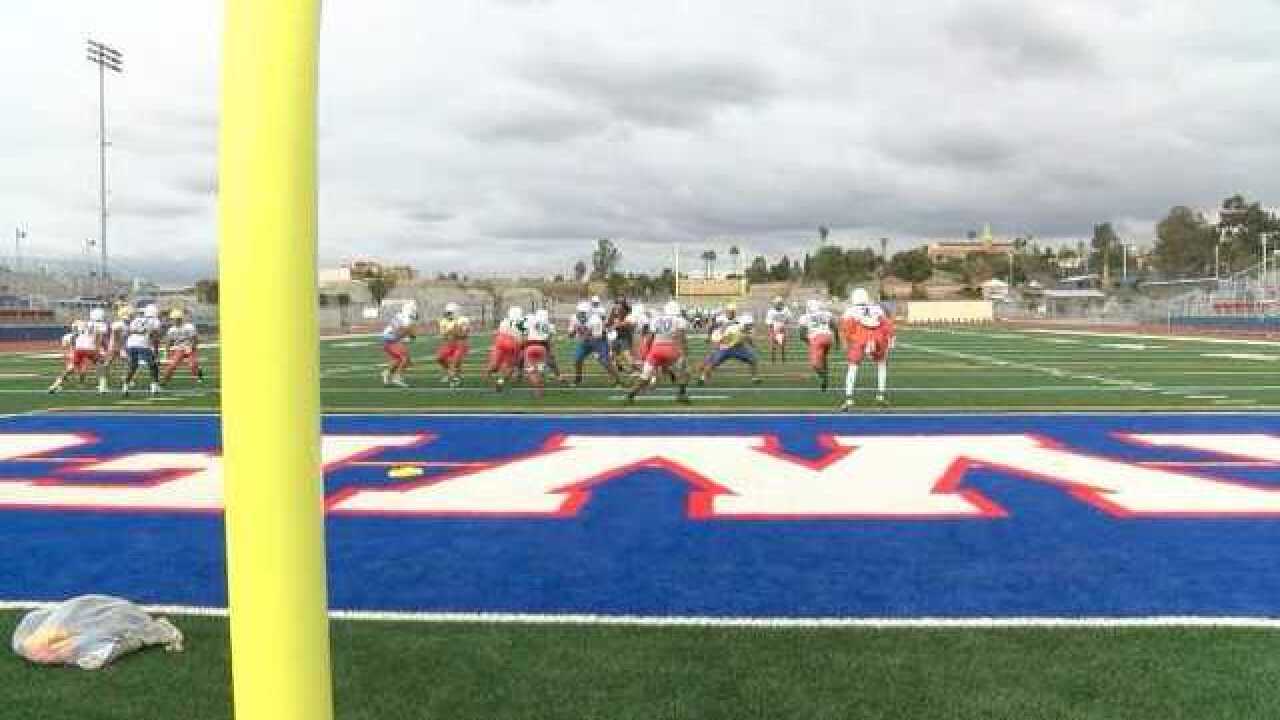 Of course, most teams have a lot more than that. NFL rosters are 53-deep. Offense, defense, back-ups, kickers, snappers, specialists. Sometimes you'll see 100 kids on a college practice field.

At Crawford High School, they make do with less. A lot less.

"We only have about 20 guys," Colts head coach Michael Wright tells 10News.

In Wright's first season back in 2012, Crawford won only one game.

"Nobody knew football," he said. "They never learned what a lineman is, what a tight end, what a linebacker is."

Players quickly found out. And got better. The Colts know have two double-digit win seasons under Wright, and are headed to the playoffs again this year.

"At least know we've kind of built a program," Crawford said. "We have a foundation."

With 20 players, it may be a small foundation, but it's sturdy.

Crawford wraps up the regular season on Friday night against Kearny, and 10News will be on campus, giving the Colts the Pro Treatment.