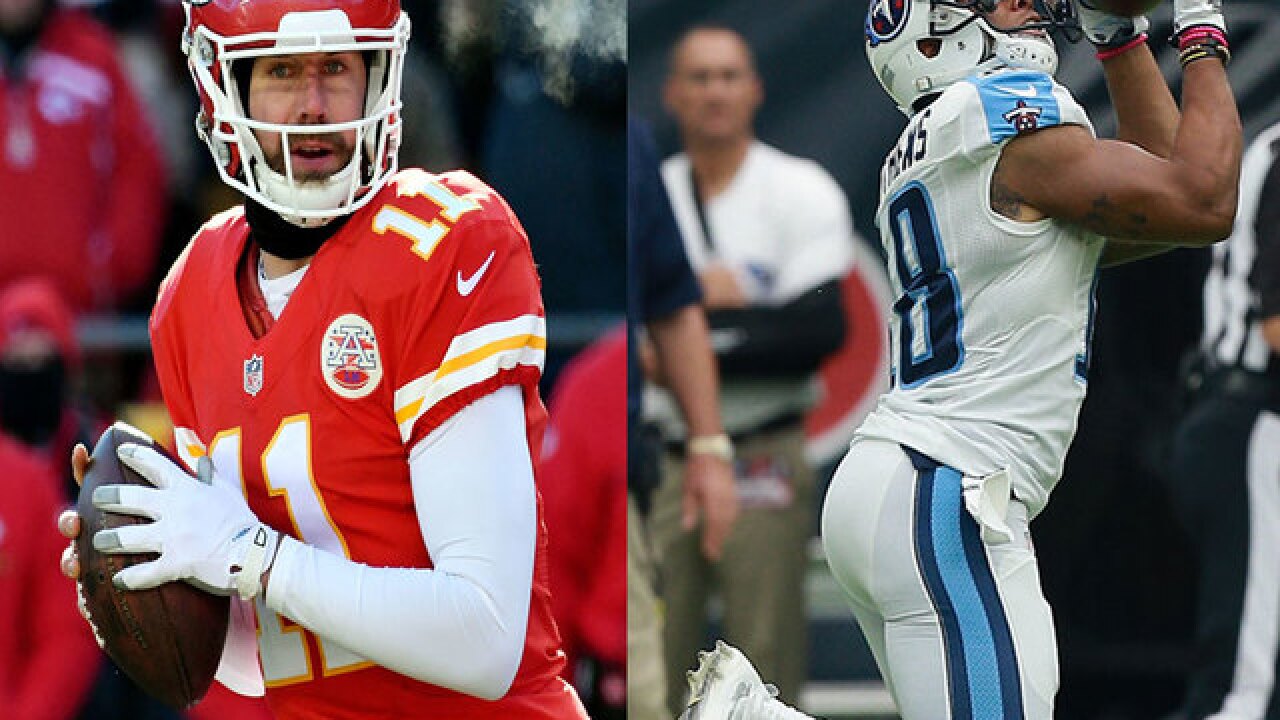 *After the game, watch a special edition of 10News*

The Chiefs finished the regular season with a 10-6 record and come into the Wild Card round having won their last four games after a four-game losing skid. Meanwhile, the Titans struggled a bit down the stretch but defeated AFC South rival (and division champ) Jacksonville in Week 17 to lock up a playoff berth -- their first since the 2008 season.

Smith, considered an MVP candidate throughout the 2017 season, threw for over 4,000 yards and tossed 26 touchdowns to go along with is NFL-best 104.7 passer rating. As a high schooler, Smith led the Helix High Highlanders to two San Diego section championships.

“We completed the first step and now it’s on to the second one, which is winning this game." ~ Alex Smith

Matthews, who was born in San Diego, was second on the Titans in receiving yards (795) and led the team in touchdown catches (4).

They said Win & We In. Well ... Anything Can Happen Now! We In! Let’s See What Happens!

The two teams last met in Dec. 2016, with the Titans beating the Chiefs at Arrowhead Stadium on a last-second field goal.

What ESPN analysts have to say about Saturday's matchup: