Pirates rally past Padres thanks to late error 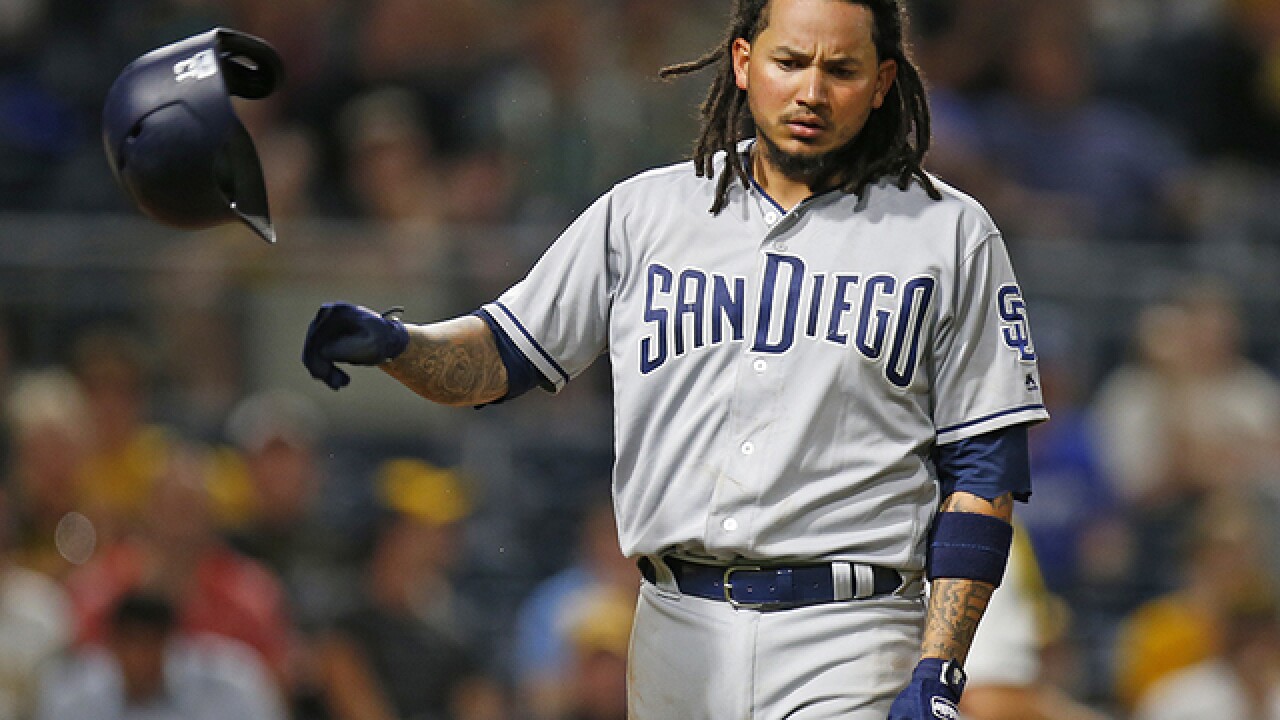 Copyright Getty Images
Justin K. Aller
<p>PITTSBURGH, PA - MAY 17: Freddy Galvis #13 of the San Diego Padres reacts after striking out in the eighth inning against the Pittsburgh Pirates during the game at PNC Park on May 17, 2018 in Pittsburgh, Pennsylvania. (Photo by Justin K. Aller/Getty Images)</p>

PITTSBURGH (AP) - Gregory Polanco led off the seventh inning with a double and scored the go-ahead run on an error, leading the Pittsburgh Pirates over the San Diego Padres 5-4 Thursday night for their eighth win in nine games.

Pittsburgh's Josh Bell and Sean Rodriguez each had two hits for the NL Central-leading Pirates.

Eric Hosmer drove in three runs for San Diego. Freddy Galvis had two hits before being ejected by home plate umpire Will Little after taking a called third strike from Michael Feliz to end the eighth inning.

Rookie Edgar Santana (2-0) retired the only batter he faced, getting Jose Pirela to ground out to end the seventh with a runner on second. He was credited with another win a day after notching his first major league victory against the Chicago White Sox.

Felipe Vazquez worked a 1-2-3 ninth to earn his ninth save in as many opportunities.

Both starters were chased in the fifth inning as both Padres rookie left-hander Eric Lauer and Chad Kuhl allowed four runs and six hits.

The Pirates tied the score at 4 on Bell's RBI single in the fifth. Hosmer hit a two-run double in the top of the inning.

The Padres opened the scoring with a two-run third as Travis Jankowski hit an RBI single and Hosmer drove into a run with a grounder.

The Pirates answered with three runs in the fourth. Dickerson doubled in a run, David Freese hit a sacrifice fly and Rodriguez capped the inning with an RBI double.