Machado gets first hits as Padre, Kinsler goes yard in win over Giants 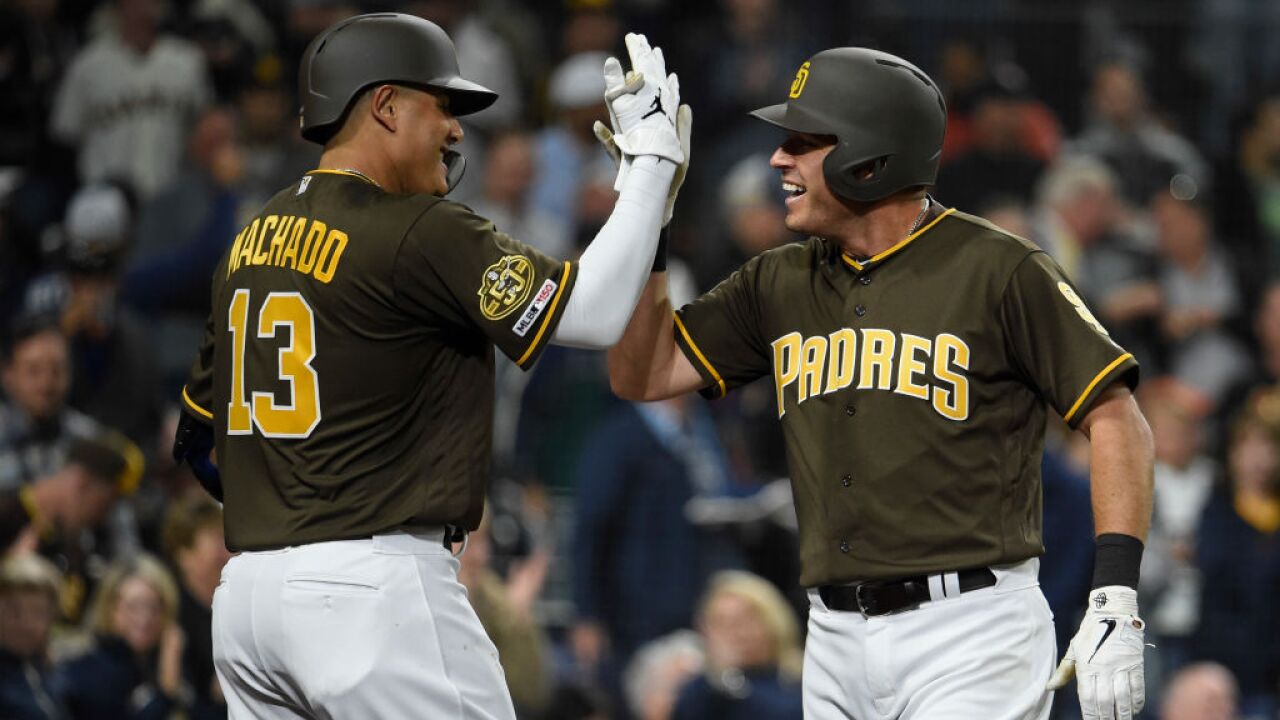 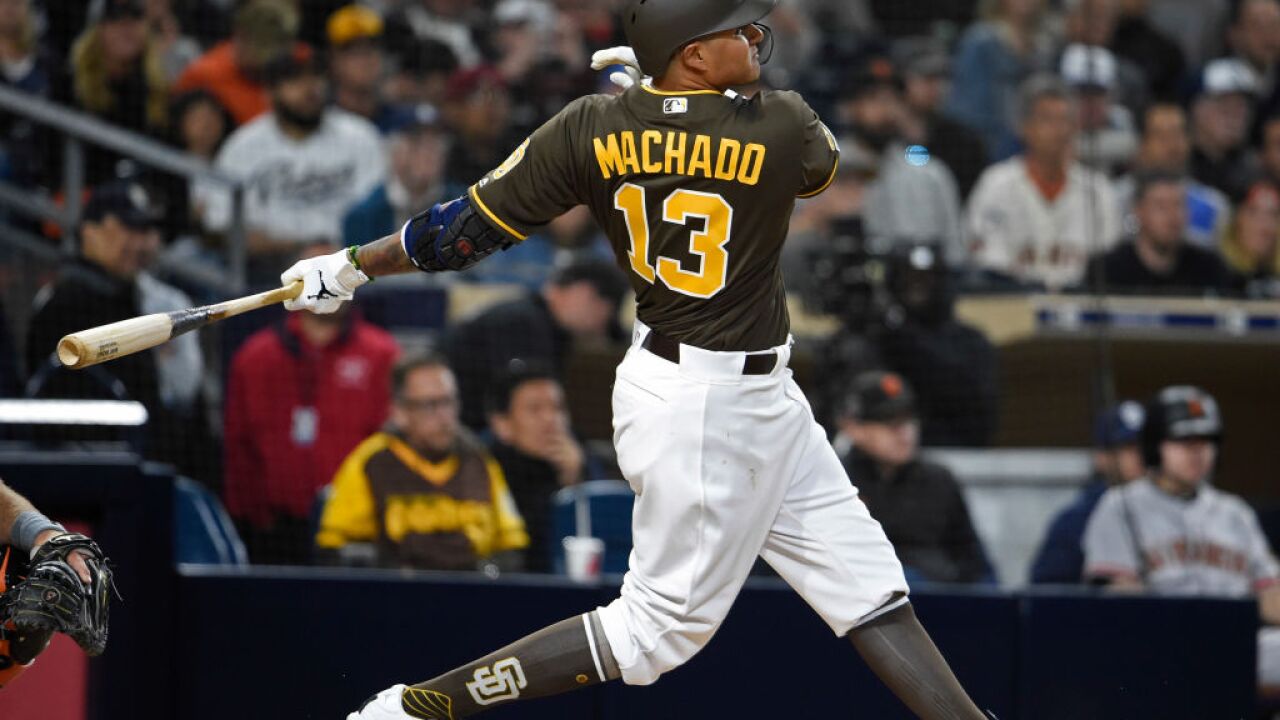 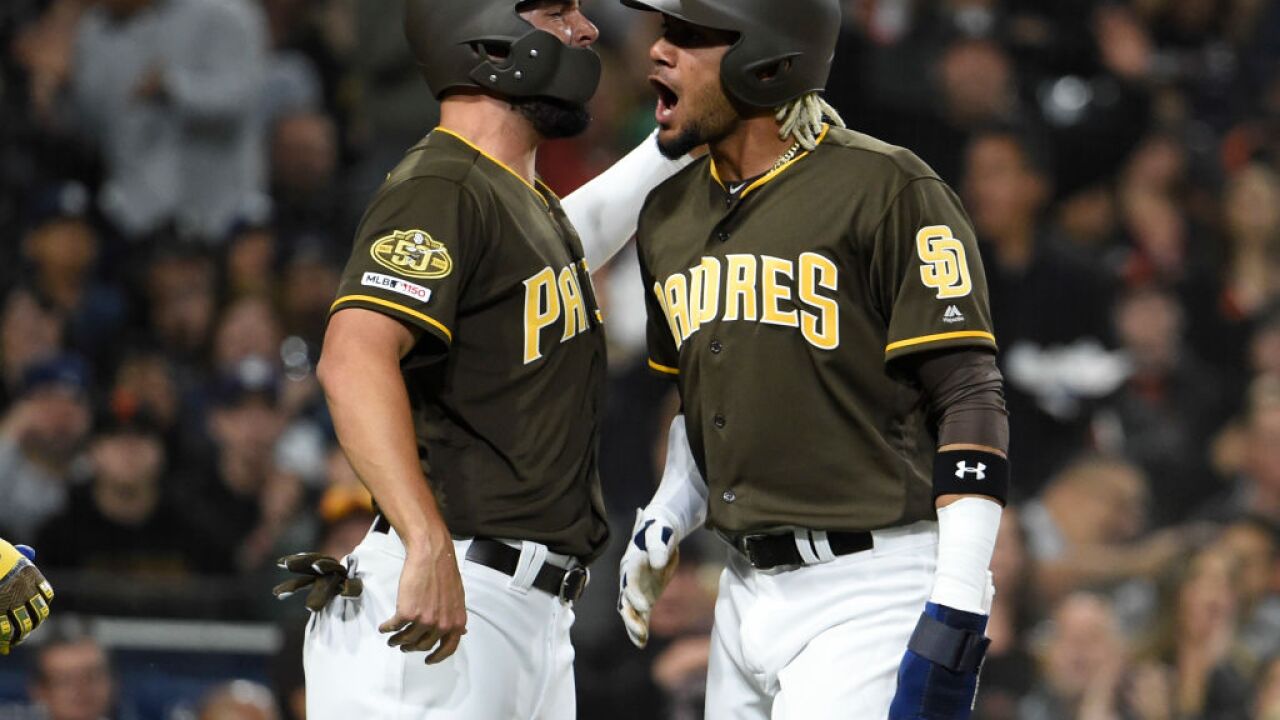 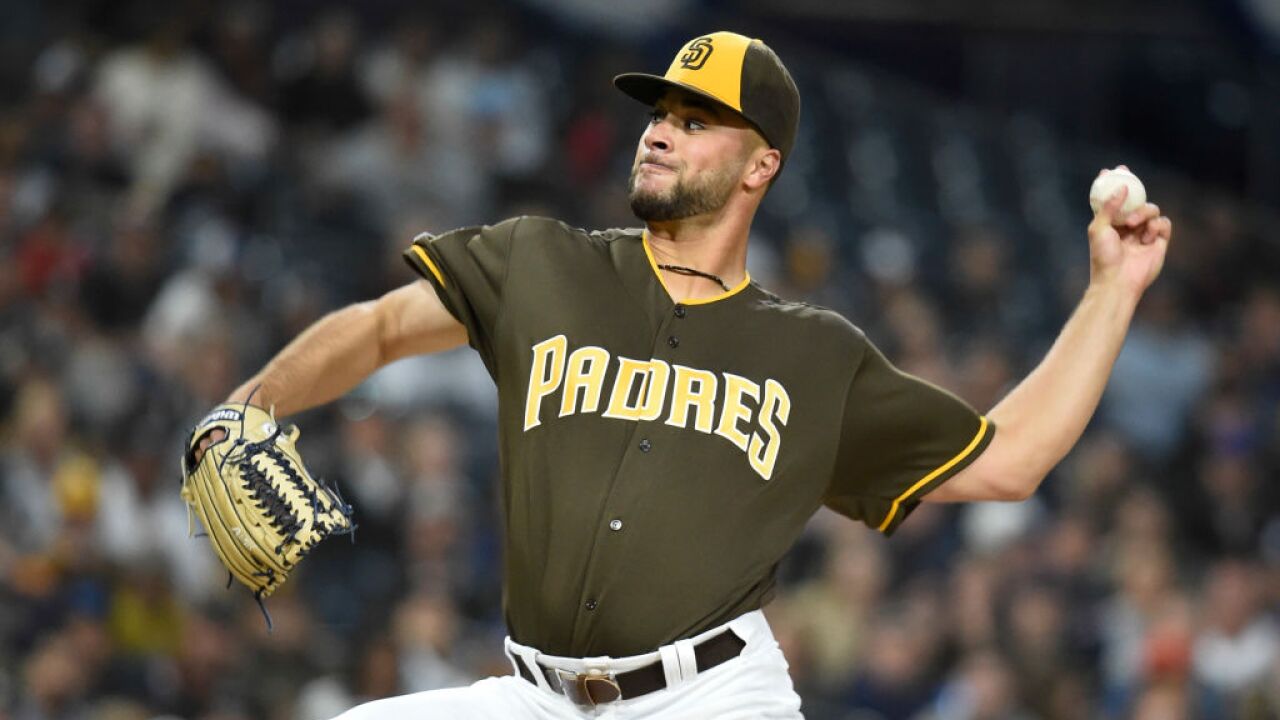 Machado got his first two hits with San Diego and Tatis almost got his first big league home run, settling for his first double and first run as the Padres beat the San Francisco Giants 4-1 on Friday night.

Ian Kinsler homered for San Diego, which is 2-0 for the first time since 2011.

The Padres came within three outs of their second straight shutout before Evan Longoria homered leading off the ninth against Phil Maton. Kirby Yates came on and earned his second straight save the hard way, loading the bases with one out before striking out Gerardo Parra and Brandon Belt.

The 17 scoreless innings to start the season by San Diego are the most in team history, topping the 14 to open the 2008 season. Left-hander Joey Lucchesi (1-0) allowed three hits in 5 1/3 innings, struck out seven and walked one.

Machado went 0 for 3 with two strikeouts in his Padres debut on Thursday. He struck out in his first two at-bats Friday night before lining a single to left off Derek Holland in the fifth. That advanced Wil Myers, who scored on Franmil Reyes' sacrifice fly to make it 4-0. Machado singled again in the seventh off Mark Melancon.

"Feels great, get it over with," Machado said. "Even better with that W. It was a good day all around."

Manager Andy Green said Machado might have been over-aggressive on opening day.

"I saw more enthusiasm out of Manny when Fernando gets hits than when he gets hits," Green said. "He probably didn't have the five at-bats he envisioned to start his Padres career, but after he struck out before the two hits he got, he was dancing in the dugout with Franmil between innings. He knows he's good. He knows he's fine. Good to get a couple of hits I'm sure but there was no panic there, no concern by anybody."

The signing of Machado to a $300 million, 10-year contract early in spring training has energized a fan base desperate for a winning team. The Padres also promoted top prospect Tatis, who had two hits on opening day and just missed hitting his first home run when he doubled off the wall in center in the second Friday night to move Eric Hosmer to third. They both scored on Manuel Margot's single. Tatis slid home and celebrated with Hosmer.

"I show my emotions and that's how I feel," said Tatis, whose father played in the big leagues.

Machado has been impressed with Tatis.

"He's an athlete, plays the game the right way as well," he said. "He brings a lot to this ballclub. We just need him to keep doing what he's doing, and if he can do that we're going to be a very good ballclub. He brings it every day. That's what you need on your ballclub. Everybody else in here is feeding off of that energy and as a ballclub that's what we need."

Kinsler homered leading off the third. He walked to begin the fourth and tried to score on Myer's double to right but was thrown out, a call that was upheld after review.

"There were just a couple pitches that got away," Holland said. "You've got to give the credit to those guys. I made some good pitches on a few guys. The one Tatis hit off the wall, you've got to give the guy credit, he went out and got it. He's a big league hitter. He's up here for a reason.

"He's carrying himself very well," Holland added. "Give the kid some credit. He came in opening day, did his thing. We've just got to keep doing what we can to figure him out right now. I don't think any of us got to really see him in spring."

Padres: LHP Nick Margevicius is scheduled to make his big league debut. The 22-year-old was 10-8 with a 3.60 ERA in 23 appearances in 2018, including 22 starts, between Low-A Fort Wayne and Single-A Lake Elsinore.