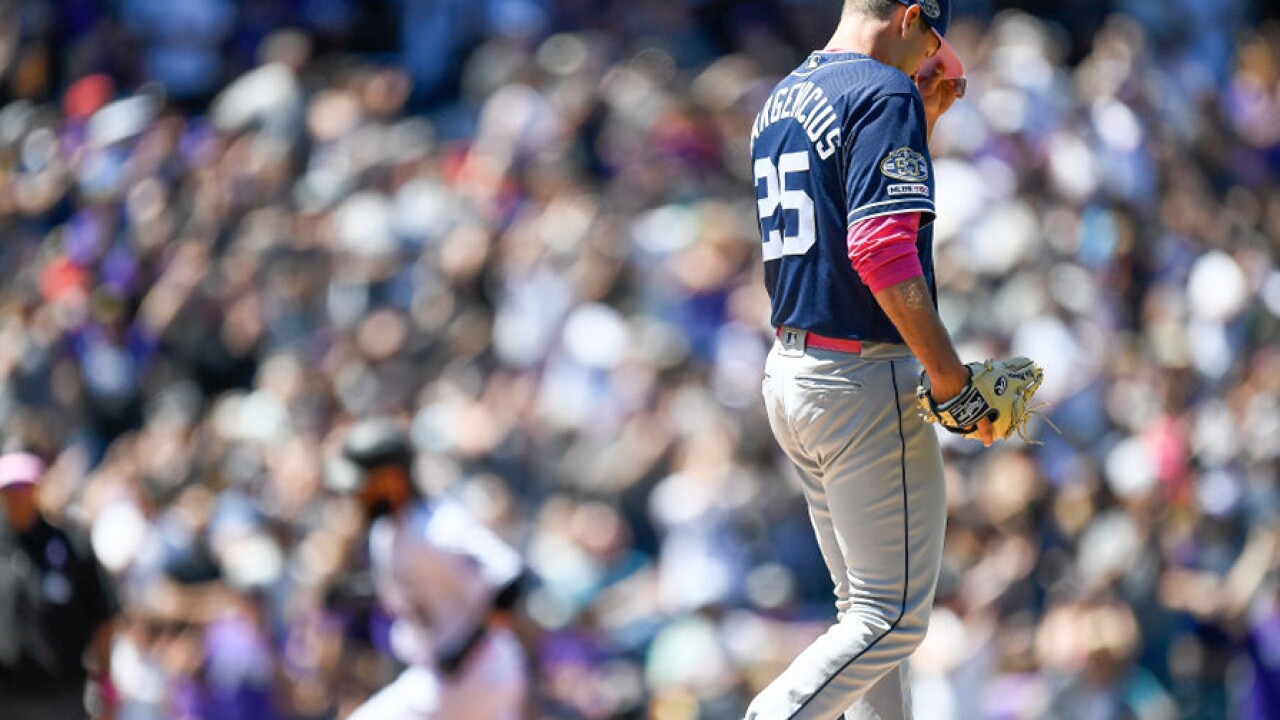 Raimel Tapia had three hits, including a two-run homer, and pinch-hitter Daniel Murphy hit a three-run double for the Rockies, who took two of three from San Diego. David Dahl also had three hits.

Greg Garcia singled twice to drive in a pair of runs for the Padres, who lost a road series for the first time this season.

Senzatela (3-2) bounced back after allowing a season-high seven runs, including three homers, in a loss to San Francisco last week. He gave up three runs on four hits in 6 2/3 innings.

Senzatela struck out seven, including the first two batters he faced in the seventh. But Wil Myers and Austin Allen each singled -- it was Allen's first major league hit -- and Senzatela was relieved by Carlos Estevez, who surrendered successive singles to Dickerson and Garcia before inducing an inning-ending groundout from Reyes as the Padres pulled to within 5-3.

Colorado tacked on five more runs in the bottom half. With the bases loaded, Murphy lined a double down the first-base line off Brad Wieck. Tapia followed with his fifth homer, a drive into the center-field bleachers.

The Padres scored four times in the ninth, including a two-out, three-run homer by Franmil Reyes off Seunghwan Oh. Scott Oberg relieved and got Eric Hosmer to fly out to center.

Both of Blackmon's homers came off Nick Margevicius (2-4), who allowed five runs on eight hits in five innings.

Colorado jumped on Margevicius for four runs in the second. Blackmon capped the burst by driving a 1-0 pitch into the second deck above the visitors' bullpen for a two-run homer.

He added a solo shot in the fourth, his first multihomer game of the season and the 11th of his career. Blackmon has eight homers this season, including three during the series, and has hit safely in 10 straight games.