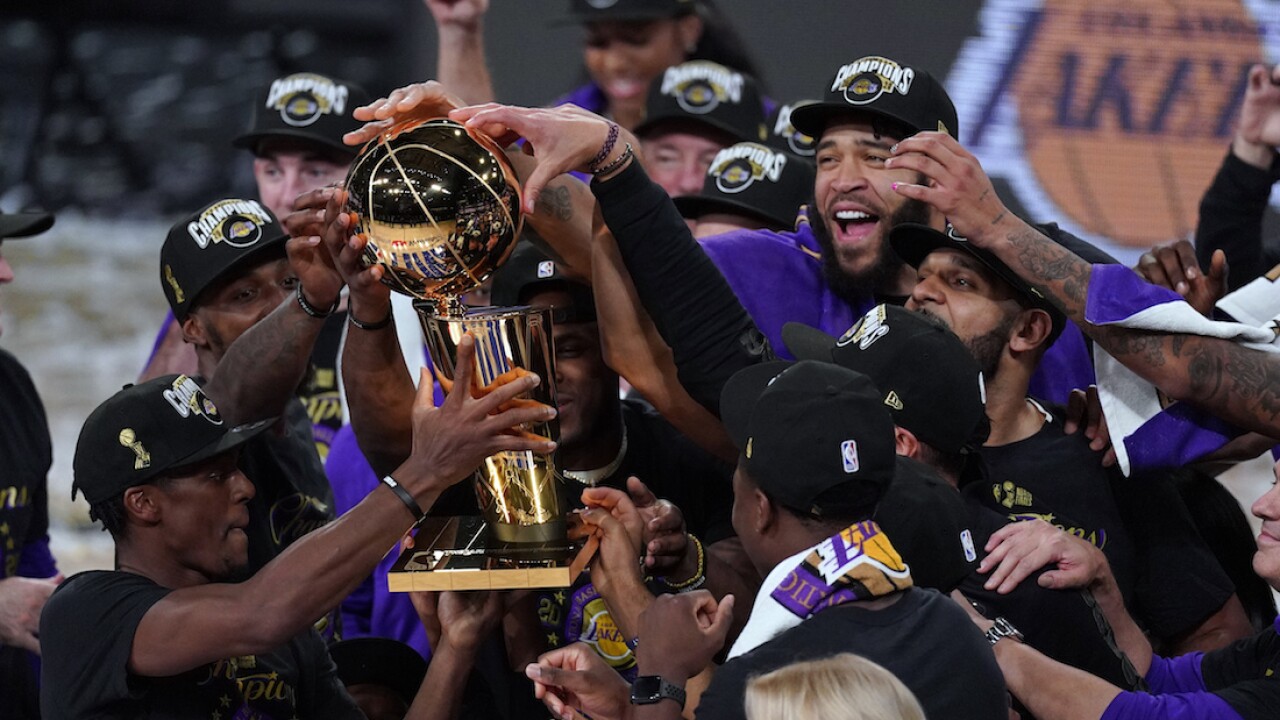 The National Basketball Association is reportedly targeting to start the 2020-21 season sometime in December, according to the Associated Press and ESPN.

The Associated Press reported that the league is eyeing to start the new season back up on Dec. 22 and teams playing 70 games.

According to ESPN, the board of governors met Friday and discussed potentially starting the upcoming season on Christmas Day to take advantage of that "historically prime NBA showcase" and play fewer than 82 games.

The 2019-20 season ended on Oct. 11 when the Los Angeles Lakers defeated the Miami Heat for the NBA Championship.

And was last season was one for the ages: the season was suspended back in March after a Utah Jazz player tested positive for the virus before playing the Oklahoma City Thunder. The season resumed in July in a bubble-like atmosphere at ESPN's Wide World of Sports. Players boycotted in the middle of the playoffs in Florida, and games were postponed, which led to other leagues around the sports world to boycott games in the wake of a police shooting in Wisconsin.

The league officially announced Thursday that its upcoming draft would be virtual this year due to the coronavirus pandemic.

The league will conduct the draft at ESPN's headquarters in Bristol, Connecticut, on Nov. 18.