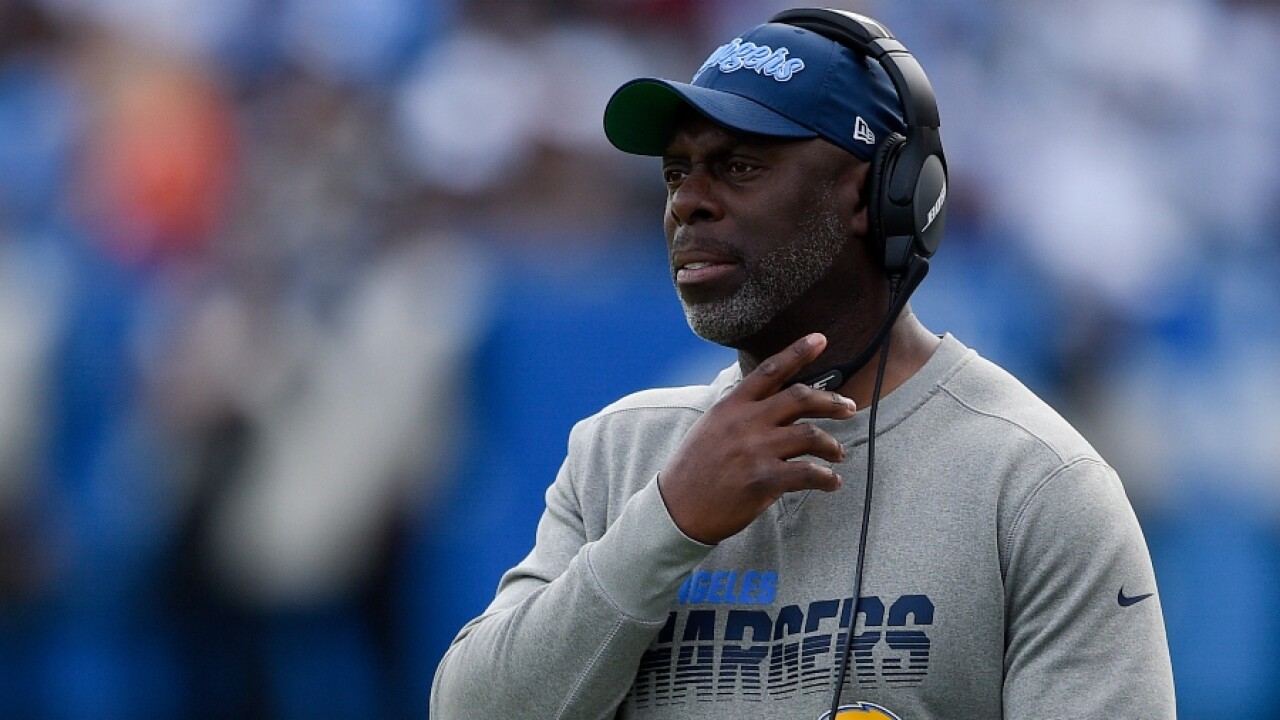 LOS ANGELES (CNS) - Anthony Lynn, who is entering his fourth season as head coach of the Los Angeles Chargers, disclosed that he contracted the coronavirus.

The disclosure came Tuesday night within the first five minutes of an episode of HBO's NFL reality series "Hard Knocks," which is in its 15th season.

"I can't promise you that you're not going to get infected. ... I got infected," the 51-year-old Lynn told his players during a televised conference call.

"Be patient, man. Be patient. Fellas, this year is not like any year we've had in the National Football League," Lynn said. "There's going to be chaos. It's going to be change and it's going to come every single day. The goals, the objectives, will not change.

"But when that whistle blows, let's go kick somebody's ass and play some football. One team will do this better than the other 31. Trust me. It might as well be us. So, be ready for chaos. Embrace it. Because if we're going to play, the team that handles this thing the best is going to have the best chance of winning that trophy."

Lynn said his experience began with a slight cough, followed by body aches. He has since recovered.

Lynn said he was watching a golf tournament during which one participant withdrew after testing positive. He said the golfer mentioned suffering from symptoms similar to the ones he felt.