LaDainian Tomlinson asks San Diego to back Chargers: 'We need their support badly' 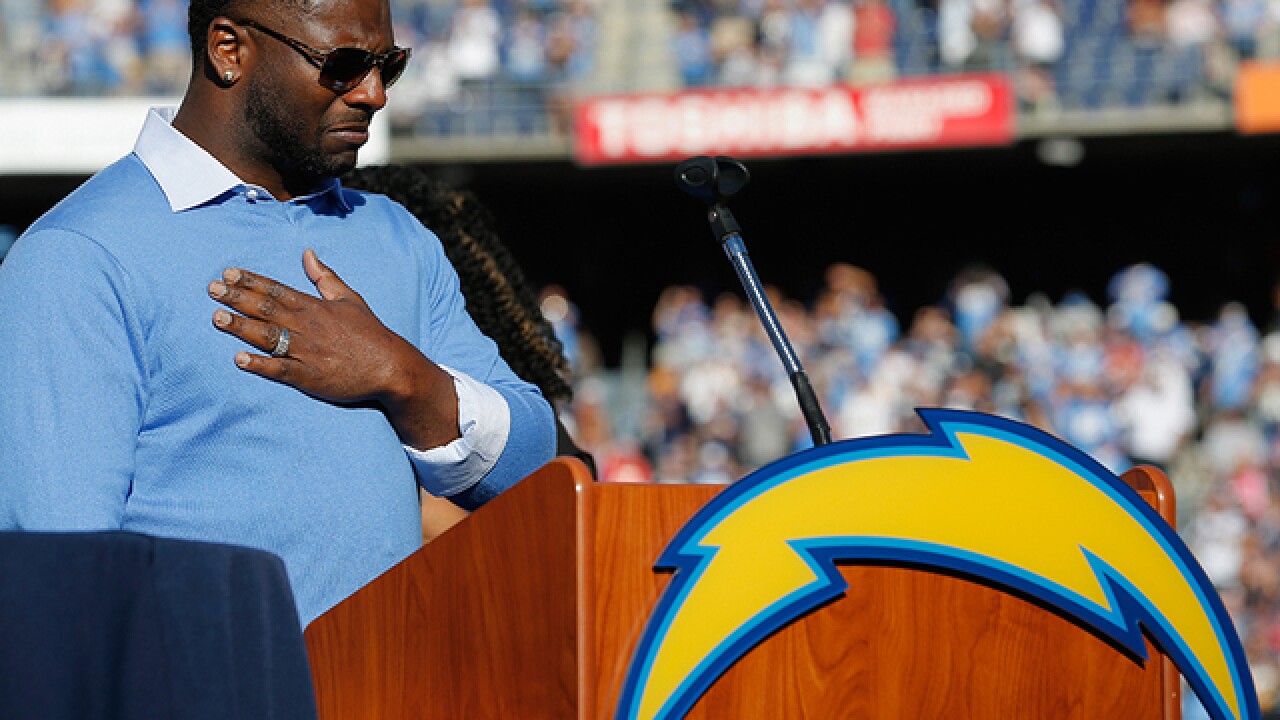 Copyright Getty Images
Sean M. Haffey/Getty Images
Former NFL Player LaDanian Tomlinson has his number retired by the San Diego Chargers during halftime at the game against the Kansas City Chiefs at Qualcomm Stadium on November 22, 2015 in San Diego, California.

(KGTV) — Apparently, San Diegans' distaste for the Chargers is being felt.

You can listen to Smith's podcast below:

This week I got the chance to chat with one of the greatest RB’s we’ve ever seen and former Chargers legend @LT_21! We talk about the Chargers move to LA, his new acting career, and his incredible ancestry! https://t.co/itPsjWJNGt

Since the Chargers' departure from San Diego, the team has played at the StubHub Center in Carson as they wait for the completion of a new Inglewood stadium.

Many times this season already, photos and video have been posted on social media showing a sea of fans representing opposing teams at StubHub, outweighing support for the Bolts.

A plane routinely takes to the skies above the stadium during home games as well, carrying messages directed toward owner Dean Spanos and the league.

As one may guess, Tomlinson's request to fans didn't garner much sympathy online.

"I haven’t wore my LT jersey since the Chargers left SD. After this, I’m burning it!" one Twitter user wrote.

"I’ll always love watching [LT] and miss him as a player, but y’all at the chargers organization gotta realize you left home, you left a place that loved you. You say it’s time to forgive, well it’s hard to when Spanos ripped the hearts out of chargers fans and didn’t bat a eye," another user wrote.

The Chargers are currently 2-2 in the AFC West, while the Rams are 4-0 in the NFC West.