Injury talk: Padres walk a fine line in what they're willing to tell fans

Why are the Padres downplaying injury concerns? 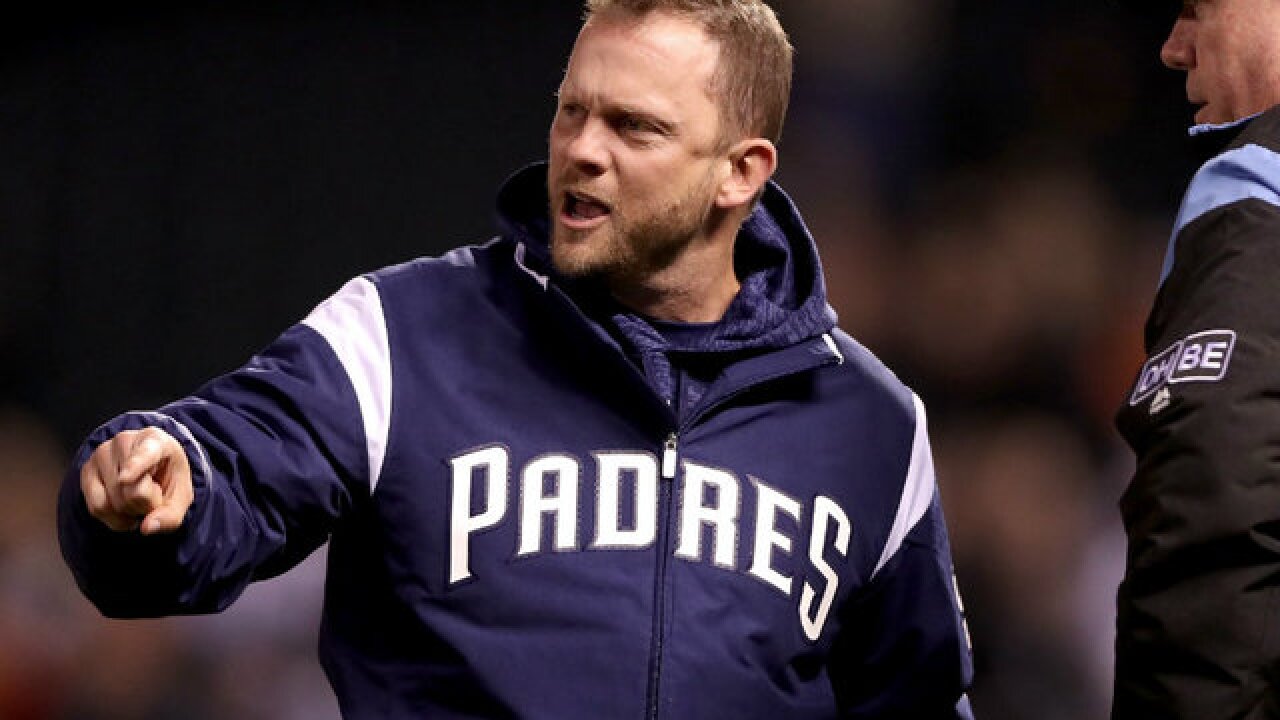 Those were the first words Andy Green said to me from his seat in the Padres dugout when I asked him about the injury information he chooses to share with fans and the media.

I became curious after a couple of eyebrow-raising statements by the Padres manager in the opening weeks of the season.

When starting pitcher Dinelson Lamet felt a twinge in his elbow in his final Spring outing, Green told the Union-Tribune he was "hopeful it's not too bad." Sources said Lamet was only expected to miss "minimal time."

Later, when Lamet underwent an MRI on the elbow, Green refused to discuss the results, telling reporters he would just "let it lie."

So, um, what about that promise of honesty?

Green followed up his initial comment to me with this qualifier: "I'll never sit in front of you and lie to you...but I'm not going to tell you absolutely everything."

There's the rub. How much information should a baseball team (and its manager) be sharing with media and the fans?

It's a tricky issue, and one that has left Green in more than a few awkward spots.

When Eric Hosmer was held out of the lineup against the Giants on Saturday, it was attributed to giving a star player a little early season rest.

When Hosmer's name was once again missing from the lineup on Sunday, Green had to come clean. His first baseman was suffering from some back tightness.

"I'd be absolutely foolish from my seat to say, 'Hey, Eric Hosmer is down today because his back's tweaked and he's not available to pinch-hit" so Bruce Bochy has that information in the 7th inning of a one-run game."

On this count, Green is absolutely right. He maintains a strategic advantage by keeping some information to himself. But that choice comes with a cost -- to his own reputation.

"Fans are going to judge you for decisions you don't make, even when you know you can't use a guy and they're going to think you're foolish or stupid when you don't bring in a guy in an obvious situation."

Green considers that criticism just another part of the job.

Sometimes, though, the Padres do release injury information...and that information doesn't always turn out to be correct.

Lamet's elbow injury is only the latest example. PItchers Tyson Ross, Robbie Erlin, and Anderson Espinoza were all initially expected to get back on the mound after a short period of rest. They all ended up missing at least an entire season with arm troubles.

"If you go out and say exactly what you say you're going to do and then don't do it, everyone thinks you don't have a plan. That's not really how it works. The plan is, read and react, read and respond."

Sometimes, what appears to be a minor injury can turn out to be a major one. Hope turns out to be false hope. It can leave fans confused and frustrated.

The Padres would love every player to be healthy for all 162 games, but we all know that's never going to happen.

Just rest assured, there is a plan...even if we can't always see it. And the next time Andy Green tells you about an injured player, he isn't lying. He just isn't necessarily telling the truth.