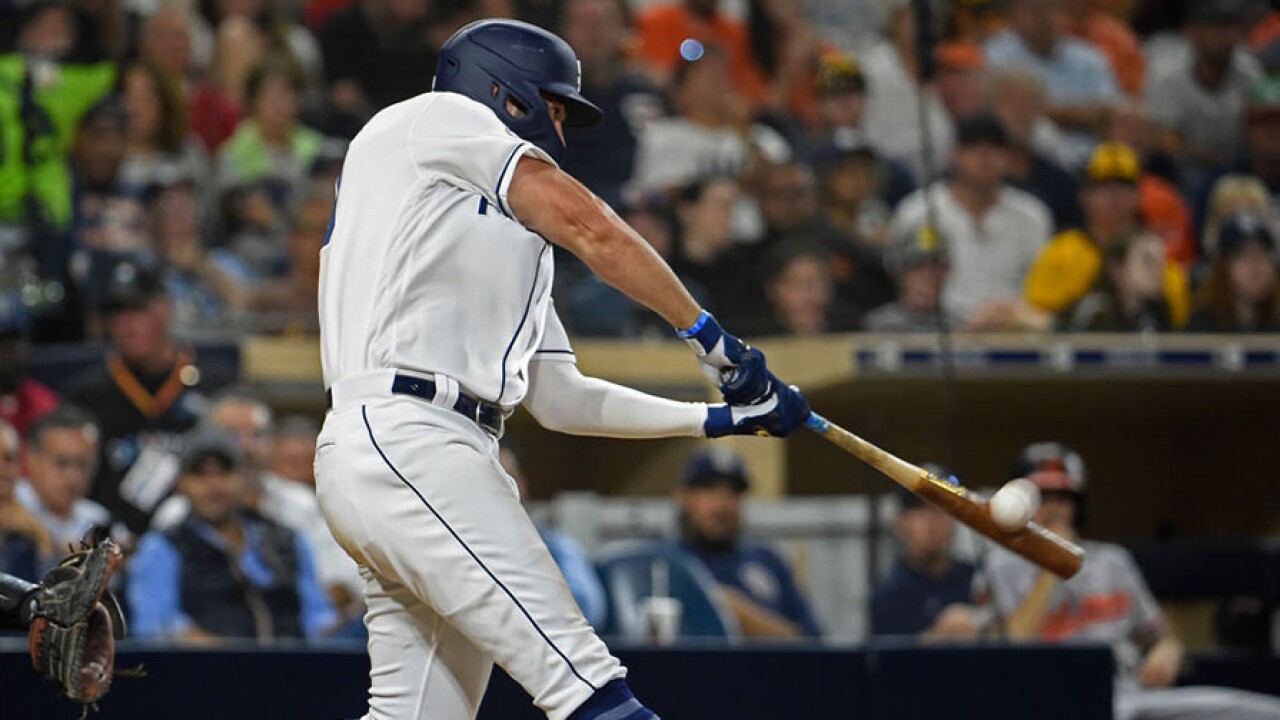 SAN DIEGO (AP) - Rookie Fernando Tatis Jr. and Franmil Reyes homered on David Hess' first two pitches, and Eric Hosmer connected twice and drove in five runs for the San Diego Padres, who scored all their runs on long balls in an 8-1 victory against the Baltimore Orioles on Monday night.

Hosmer hit a two-run homer off Hess in the fourth that flew over the home run deck in right-center and a three-run shot off Dillon Tate in the seventh that landed deep in the seats down the right-field line. It was the fifth career multihomer game for Hosmer, who has 15 homers this season.

Tatis started the power display by driving Hess' first pitch into the seats in left-center and Reyes then drove his second pitch nearly to the base of the batter's eye in center.

It was the first time in team history that the Padres homered on the first two pitches they saw.

After Manny Machado tripled opening the fourth, Hosmer drove a 0-1 pitch to right to give the Padres a 4-1 lead. With two outs, Urias drove a 1-0 pitch into the home run deck in the right-field corner, his first.

Paddack held the Orioles to one run and three hits in 5 1/3 innings.

Hess (1-10), who was recalled from Triple-A Norfolk to make the start, allowed five runs and six hits in 4 2/3 innings. He struck out seven and walked none.