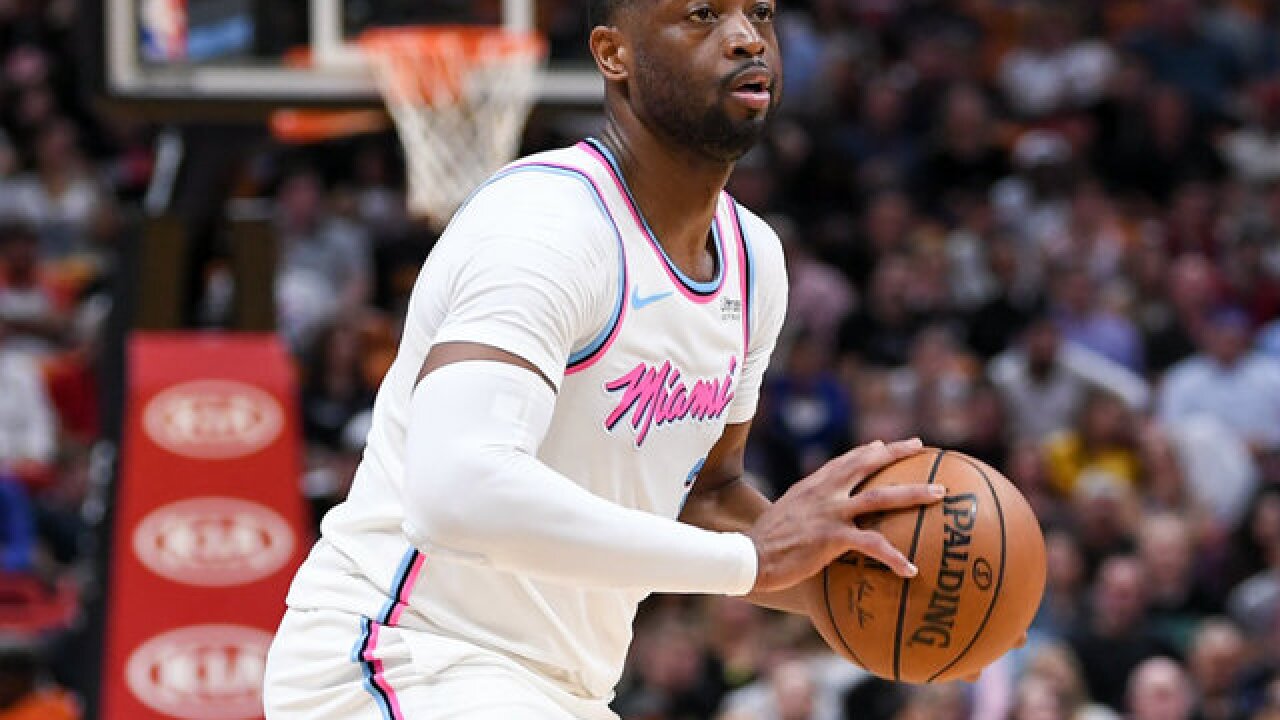 (KGTV) - Miami Heat star Dwyane Wade made the game-winning shot in a game against the Philadelphia 76ers Tuesday night while wearing shoes with a tribute to one of his biggest fans.

Joaquin Oliver, one of the 17 people killed in the Florida school shooting, was laid to rest Monday while wearing a Wade jersey.

Wade heard about it and tweeted:

This is Joaquin Oliver. He was one of the 17 young lives that were lost tragically at Douglas HighSchool in Parkland. Joaquin was one of many that i heard was excited about my return to Miami and yesterday was buried in my jersey. This is why we will not just SHUT up and dribble! pic.twitter.com/X0tfTTao33

It's way BIGGER than basketball. We are the voices for the people that don't get to be heard. Joaquin Oliver may you Rest In Peace and i dedicate my return and the rest of this Miami Heat season to you. 🙏🏾🙏🏾🙏🏾

After dedicating the rest of his season to Oliver, Wade took the floor Tuesday night wearing special shoes.

.@DwyaneWade pays his respects to Joaquin Oliver, the Parkland shooting victim who was buried in his jersey 🙏 pic.twitter.com/VStV4rlKId

Near the end of the game, with the Heat down by one with a few seconds left, Wade hit a jumpshot that proved to be the game-winner.

I'm still shaking... South Florida needed this. Man. I'm tearing up for so many reasons and none basketball related. It's bigger than basketball! https://t.co/czunINjIEr