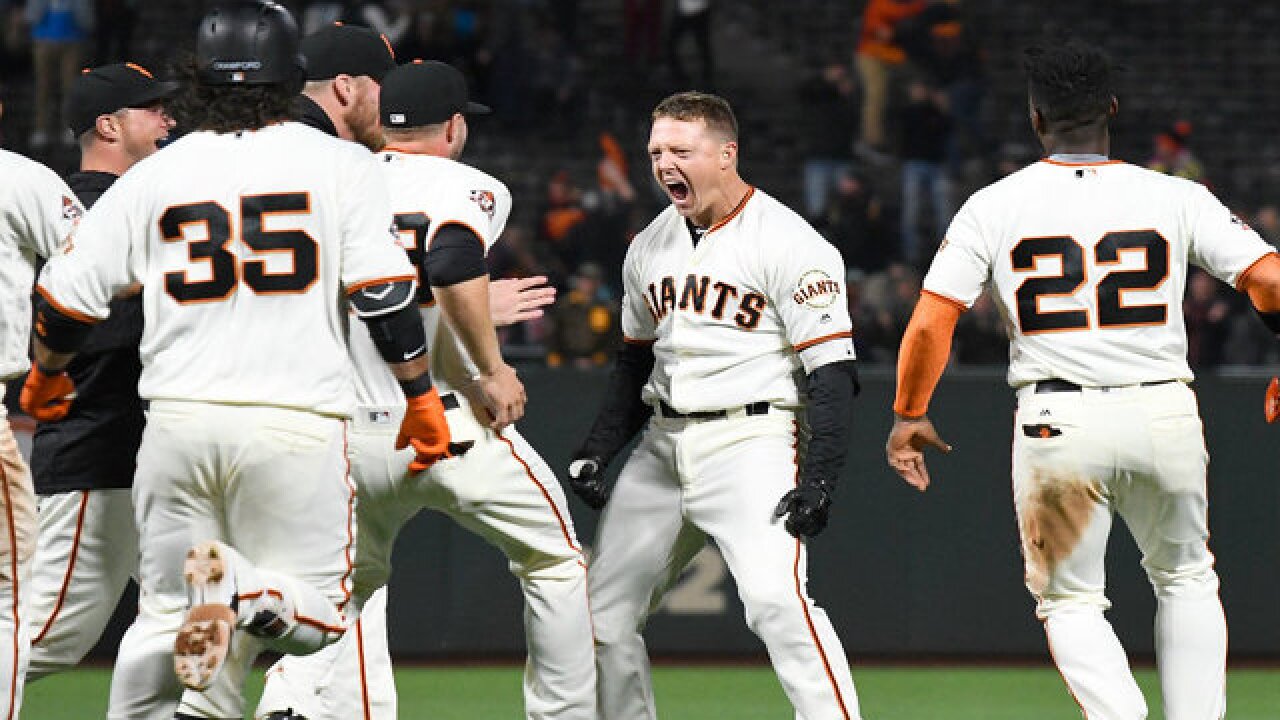 Copyright Getty Images
Thearon W. Henderson
Nick Hundley #5 of the San Francisco Giants and his teammates celebrates after Hundley hit a pitch-hit walk-off two run rbi single to defeat the San Diego Padres 6-5 in the bottom of the ninth inning at AT&T Park on April 30, 2018 in San Francisco, California.

The Giants scored in only two innings and trailed 5-3 in the ninth before rallying for their third straight win and seventh in nine games.

Pinch-hitter Austin Slater was hit by Hand's first pitch in the ninth. After Gorkys Hernandez and Andrew McCutchen struck out, Buster Posey walked. Evan Longoria followed with an RBI single before Hand (1-3) walked Brandon Belt to load the bases.

Hundley took a ball, then lined the game-winner into left-center. Posey scored standing up and Longoria crossed home plate sliding as the rest of the Giants rushed out of the dugout to celebrate.

McCutchen and Longoria each had two hits and an RBI for San Francisco. Posey and Austin Jackson also drove in runs.

The Giants improved to 6-2 on their 10-game homestand.

San Diego scored three times off reliever Reyes Moronta in the sixth to take the lead but stranded runners in scoring position in the seventh and eighth and left a man on first in the ninth.

The Giants' rally prevented Padres rookie Eric Lauer from getting his first major league win. The 22-year-old struck out six in five innings and pitched through traffic most of the night but left after San Diego took a 5-3 lead.