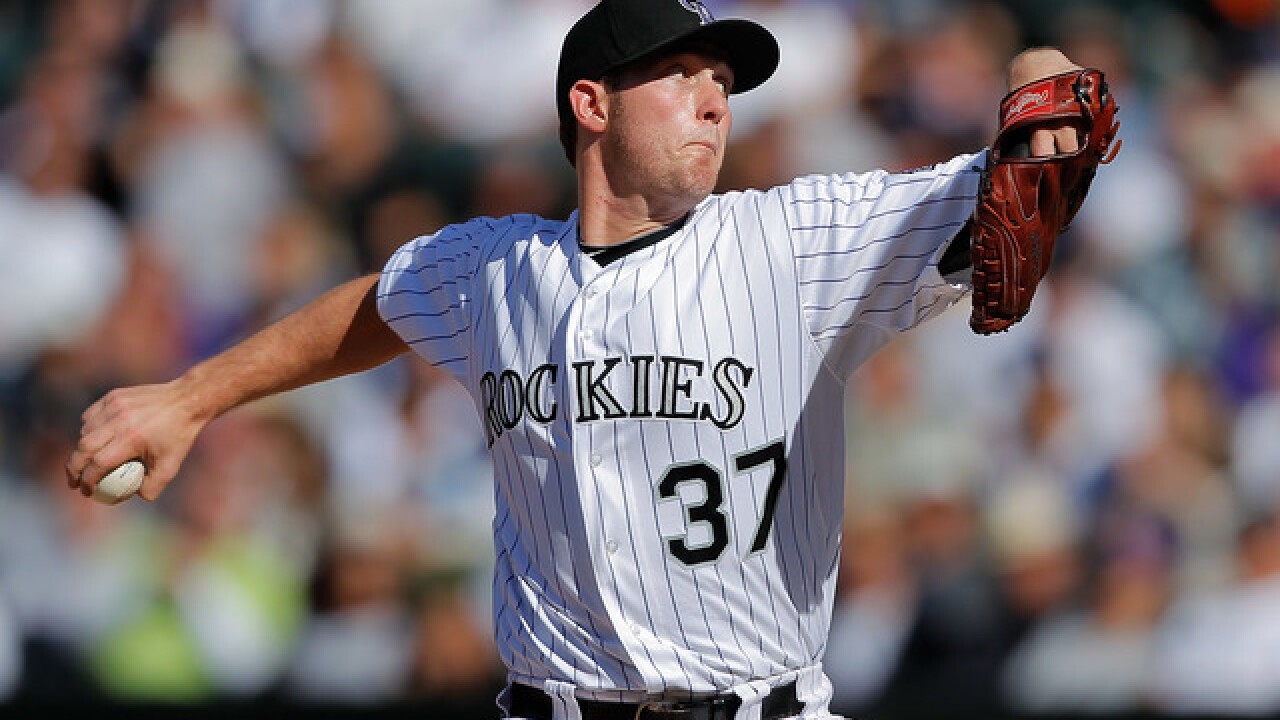 (KGTV) - A former Major League Baseball pitcher was awarded $2.3 million for injuries sustained after punching a man reportedly on LSD outside his Northern California home.

Greg Reynolds claimed his career was cut short after he broke his hand punching Domenic Pintarelli on Jan. 16, 2015. Reynolds' attorney Niall McCarthy says his client was attacked outside his home by Pintarelli, who was attending a party next door at a neighbor's house.

McCarthy said both Pintarelli and the neighbor, Connor Pope, had taken LSD. Pope did not attack Reynolds but Pintarelli did, he alleges.

Reynolds started pitching for the Colorado Rockies' minor league team in 2006 before moving up to the big leagues in 2008. He also pitched for the Texas Rangers in 2012 and the Cincinnati Reds in 2013.

Reynolds went on to pitch in Japan in 2014 before the incident. The San Diego Padres signed Reynolds to a minor league contract in 2016 but ended up releasing him.

RELATED: MLB to crack down on derogatory heckling

After his baseball career ended, Reynolds returned to his alma mater of Stanford to earn a degree in economics, according to The Mercury News. He now works in finance, the paper reports.