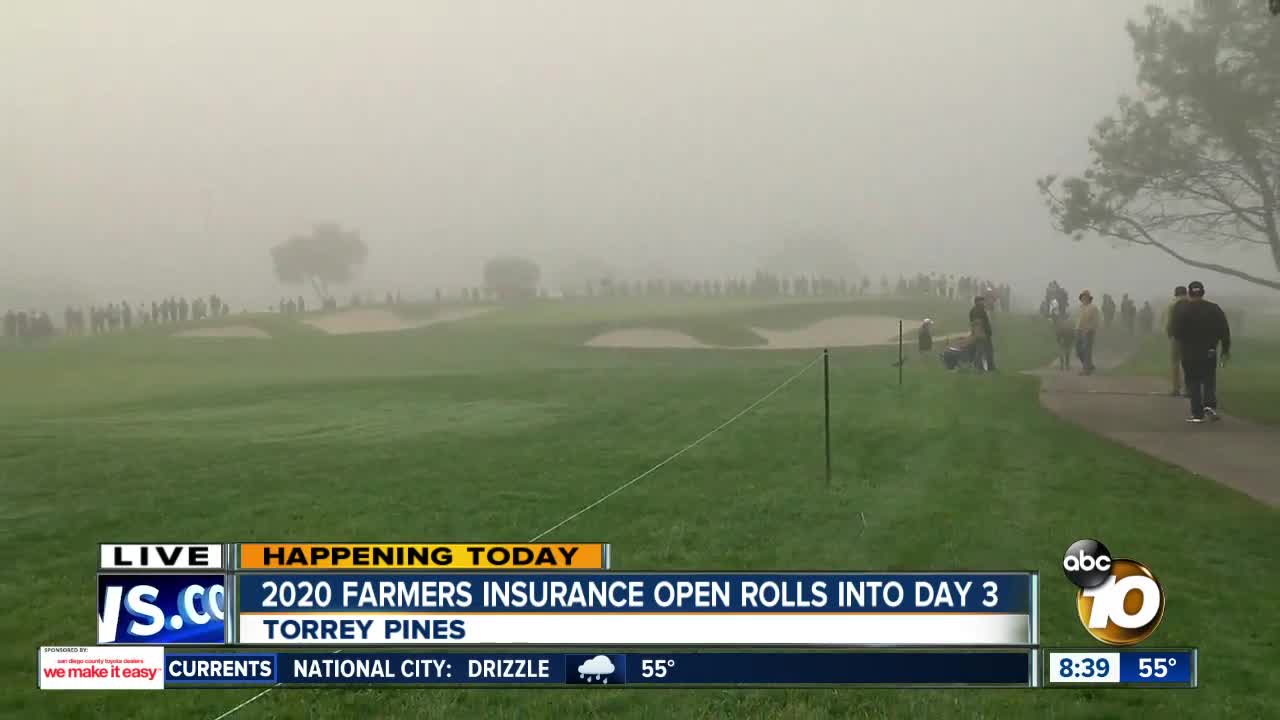 The third round of the Farmers Insurance Open was delayed Saturday as crowds made their way into Torrey Pines. 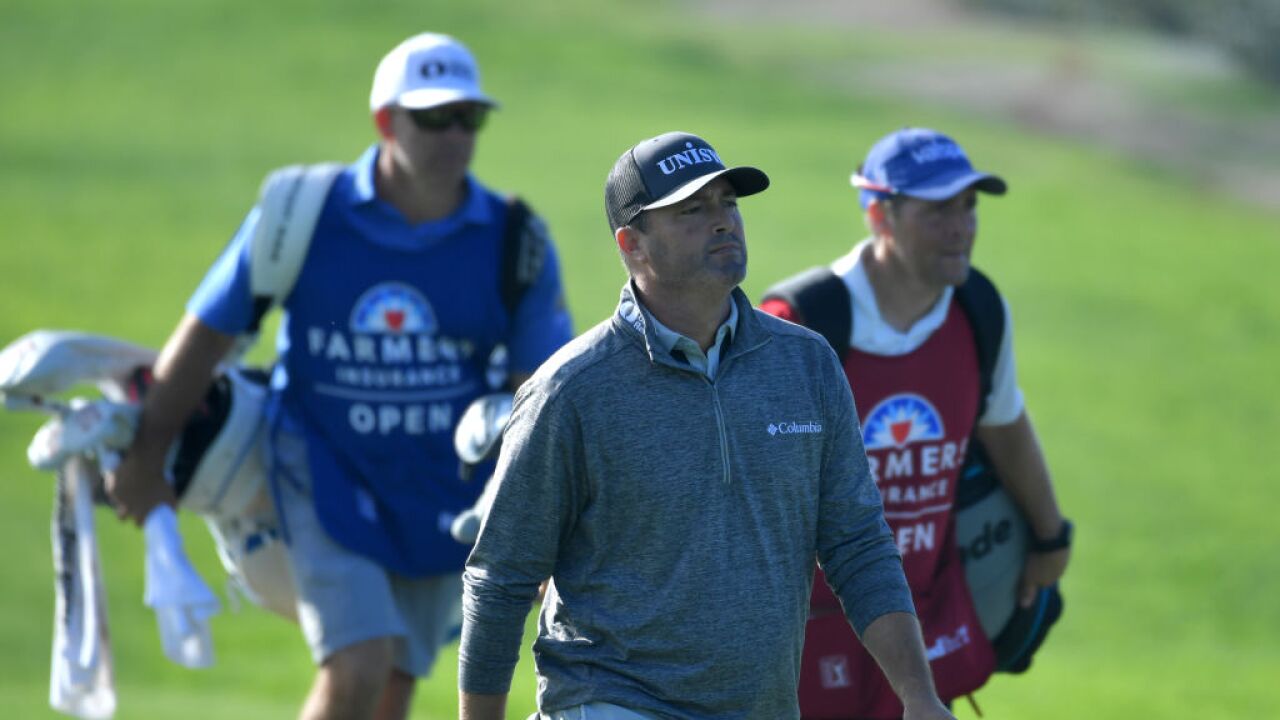 LA JOLLA (CNS) - Fog has delayed the start of Saturday's third round of the $7.5 million Farmers Insurance Open at Torrey Pines Golf Course with Ryan Palmer holding a two-stroke lead and Tiger Woods trailing by six strokes in his first opportunity to be the PGA Tour's winningest player.

Palmer shot a 10-under-par 62 on the North Course on Friday to take the lead at 10-under-par 134, two strokes ahead of fellow American Brandt Snedeker. Four golfers are tied for third, three strokes off the lead, including first-round co-leader Sebastian Cappelen of Denmark.

Palmer was both one stroke off the 18-hole scoring record at the Farmers Insurance Open -- set by Mark Brooks in 1990 and tied by Snedeker in 2007 -- and his career-low round, which came in the second round of the 2015 Humana Challenge.

Palmer credited the round to "driving the ball great and I was able to finally get some putts to go in."

The 43-year-old Palmer is a four-time winner on the PGA Tour, including teaming with Jon Rahm to win last year's Zurich Classic of New Orleans, his first victory since the 2010 Sony Open in Hawaii.

Palmer is not related to the late golfing legend Arnold Palmer.

Snedeker, the 2012 and 2016 Farmers Insurance Open champion, made three consecutive birdies on two occasions, the third through fifth holes and 13th through 15th, as part of his 5-under-par 67 on the South Course.

American Keegan Bradley, the other first-round co-leader, shot an par- 72 on the South Course, dropping into a five-way tie for seventh, four strokes off the lead.

Woods shot a 1-under-par 71 on Torrey Pines Golf Course's South Course on Friday, beginning his round with a four-putt double bogey. Woods birdied the sixth, eighth, ninth and 10th holes, bogeyed the 12th and 17th and birdied the 18th.

"Not exactly the best of starts, but figured it out and turned it around," said Woods, who is among 21 golfers tied for 17th at 4-under-par 140. "Unfortunately, made a mistake at 17 that cost me a shot. Good birdie at 18 though."

Woods cited the course's poa annua greens as one reason for his double bogey.

"I tried to ram it in the hole and it bounced, and hit obviously a terrible third putt, pulled it," Woods said. "The second putt, it's just what happens on poa. I tried to take the break out and it just bounced."

When trailing by six or more strokes in a 72-hole PGA Tour event after 36 holes, Woods has converted for the win eight times, including three times at the Farmers Insurance Open. Of the 12 previous times Woods has had a 4- putt, he won only once, the 2005 Masters.

The field was reduced to the low 70 plus ties. Defending champion Justin Rose, three-time champion Phil Mickelson and Rickie Fowler were among the golfers failing to make the cut, which was at 1-under-par 143.